How to install a ceiling fan, powered by Belkin's WeMo Maker, to keep your basement dry.

Home automation is no fun unless you can play with it and hack it into what you need. WeMo's Maker module lets you do exactly that by acting as a remotely controlled relay switch. Able to handle external devices that are rated up to 24-volts and 1-amp, the Maker module can work with LED lights, a garage door opener, or, in my project, a small electric fan.

There's a part of my basement that has always been moist and musty, and I recently had new electrical panels put in there. To keep the equipment from getting damaged, I'm installing a fan that I'll program to turn on for an hour a day to clear the air.

For the project, I need the following:

• Cooling fan from an old PC

I start by cutting one end off of a USB cable and stripping the red and black power lines so I can power a cooling fan I scavenged from an old PC using a USB power adapter.

Then I connect one of the cable's wires and one from the fan to the Maker module's relay switch and screw them down.

This is followed by twisting the two remaining wires together to make a circuit.

It's now time for a test. I plug the still-intact end of the USB cable into the USB adapter, and plug that into a power strip. The WeMo maker also uses a USB power adapter (included), so I hook that up and plug the adapter into the power strip as well.

When I hit the module on-off switch, the fan spins smoothly and quietly, but its blades are going in the wrong direction. To fix this, I switch the red wire for the black one at the WeMo Maker's relay contacts and test it again. Everything looks fine, so I use electrical tape to insulate the twisted connection.

After programming the WeMo interface to turn it on at noon for an hour a day, I attach the fan to the wall stud and run the wires to a power outlet. Later, I'll put up sheetrock with a hole in to fit the fan. Then, if I still have the patience, I'll paint the room. But, at least now, I know it'll be dry. 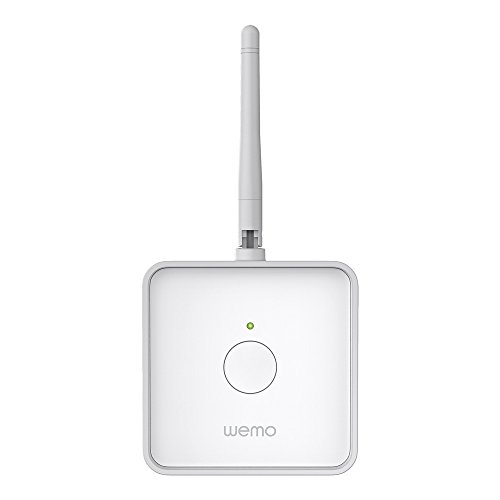