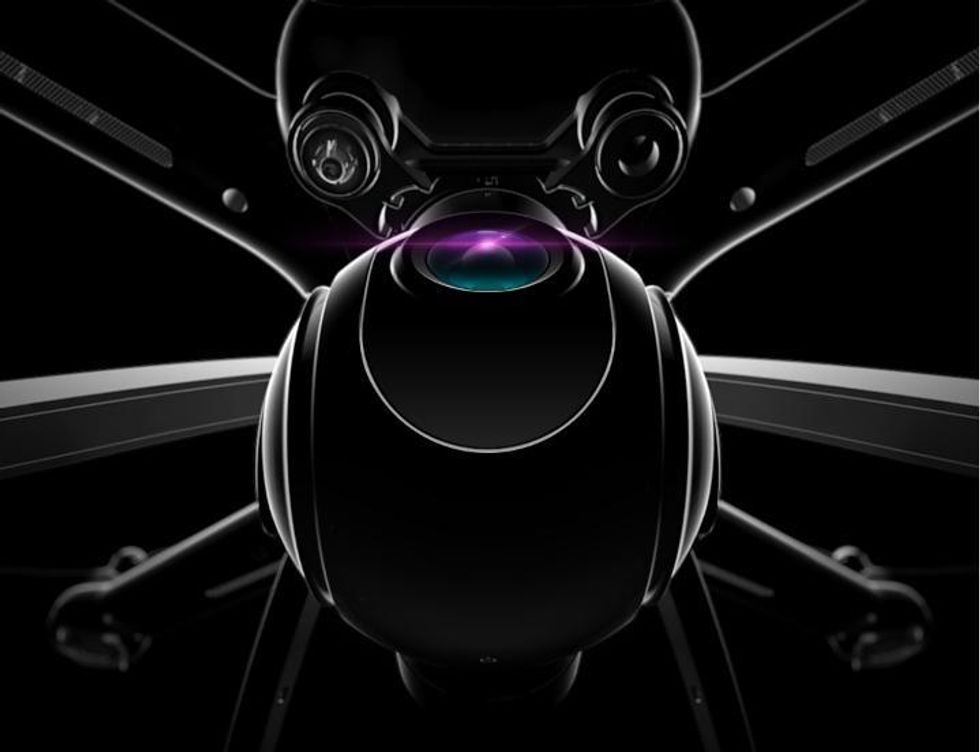 Xiaomi's First Drone Could Look Like a Flying Robotic Spider

Xiaomi Drone Chinese smartphone maker Xiaomi is getting into the drone game, teasing an intense-looking multicopter device that's clearly not aimed at the kid's market. The new drone is unnamed but the company states it's coming May 25th at 7 pm local time—next week. Can't wait? Check out our review of quadcopter Vidius in the meantime, while we scoop out the details on this next "Mi" launch.

Knock Knock Knocki is a new smart home device that turns any spot in your home into a touch screen. The smoke alarmed-sized object is a sensor that reads motion around it through an app. Want to turn down your television, you can knock on the table as long as the Knocki is close by—and that's just the start of what the device can do. How sure are people that the $129 device will work? Knocki's Kickstarter (with an early bird price of $99) is already funded 10 times its goal—with more than a month to go.

Driverless Uber? Drivers for car service Uber may have another reason to feel slighted: the company is testing a self-driving vehicle on the streets of Pittsburgh, PA. The hybrid Ford Fusion is clearly marked—with a backup driver sitting behind the wheel—and has the apparent blessings of Pittsburgh's Mayor William Peduto. (Uber has its tech headquarters in Pittsburgh.)

Havin' A Daydream Google is pushing out a new upgrade to its VR content with the Daydream app, a virtual reality platform designed specifically for the mobile experience. Google teased the new platform at Google I/O. First glances indicate you'll be able to view apps like Google Street View and even HBO NOW through Daydream, plus access content with voice search.

Scent-o-meter Looking to freshen your personal airspace? Cyrano may be the first connected air freshener designed just for your immediate surroundings. GearBrain took a close look (and whiff) putting the device and app to the test.