How did Xiaomi make such a great – and cheap – Wi-Fi security camera?

Wi-Fi security cameras usually come in two distinct varieties: either expensive ($150-$200) and a full-raft of features and options, or cheap (sub-$100) and – well, you get what you pay for in the end.

With its Mi Home Security Camera, somehow Xiaomi has managed to create not only an excellent high-end Wi-Fi security camera, but one that's ridiculously cheap – just $40. Not only does the Mi offer usually pricy bells and whistles including 1080p video, night vision up to 33 feet, a wide 130-degree view and two-way microphone/speaker capability, and not only is it relatively easy to set-up and use, but it offers intriguing and handy features I haven't run across before in my testing. 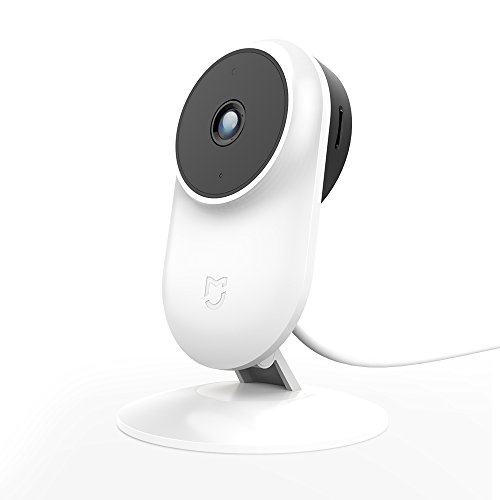 Mi's combination of security-camera-standard and unique features, its easy setup and near-flawless performance, and its bargain basement price could re-make the entire Wi-Fi security camera market.

My first pleasant surprise was Mi's Spartan packaging – just thin all-white folded cardboard with the camera, power cord and thin business card-sized manual – no hard plastic. The elegant white Mi itself is equally sleek and simple, a hinged camera section atop a round base, with a microSD card power jack on the bottom rear of the camera half and a microSD card slot on one side.

My apprehension over potential setup troubles were equally allayed by the simple included two-panel instruction – download the Mi Home app, plug in the Mi Home, and follow the app's instructions.

But then things get a bit weird.

You have to reset the camera before you set it up, which, yes, we did find a bit odd.GearBrain

After downloading and opening the app, you're asked to give permission for the app to send you notifications, either all the time, only when the app is open, or never. Well, yeah, all the time, thank-you, since getting notifications in all circumstances is kinda the whole point of a Wi-Fi security camera.

After creating a Mi account and confirming the account from your email, you re-sign into the app – except I was asked to sign in via Facebook. You can skip this, thankfully, and sign in with your created Mi account. (And I didn't encounter this Facebook option again, thankfully.) Then you're asked to sign in to the correct global geographic region – except, shouldn't the app be able to tell where I am from my phone settings and automatically sign me into the correct region? Anyway, this was quickly taken care of as well.

After I plugged in the camera, I got another bizarre request – I was asked to get a paperclip or pin and hit the reset button on the side of the Mi. Resetting before setting up? That's a first. 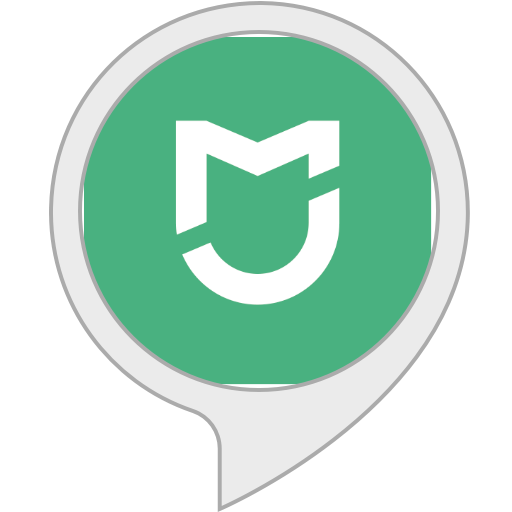 But that was it for the set-up quirks. After a loud verbal confirmation of the successful reset, you chose the Mi from the short list of presented products in the app, then hold the resulting QR code to the Mi's camera, the app connects to the Wi-Fi network your phone is on – either 2.4GHz or 5GHz, thankfully – and you tap in your password. Then, you choose the room in which the Mi is located, give the Mi another name if you want, and then are asked if you want to add another user via email address, phone number or Mi account number, another first and kind of a cool thing to consider.

As with Wi-Fi many devices, you're told the Mi needs a firmware update, which takes a minute or so. Finally, you're ready to go.

While not as simple as the Logitech Circle 2, the Mi's setup is actually far less convoluted than I have described – most of the quirks were quickly bypassed – and certainly less tortuous than most Wi-Fi cameras in Mi's cheap price range.

Again I was pleasantly surprised when I first viewed the live stream from the Mi – it was instantaneous, no perceptible lag as I have gotten from nearly every other Wi-Fi camera I've played with during my tests.

Accessing the live stream requires that you tap a tiny icon in the left sidebar on the app's home screen. I assume this arrangement – rather than the app opening to the live stream – assumes you'll be adding and accessing additional cameras; at $40 each, why not? The app also allows single-screen, multi-window views of all your Mi cameras.

On the main live portrait stream screen you get a horizontal view with fairly self-exclamatory options arrayed along the top – video bit rate, pause, video quality/resolution, microphone on/off and full screen toggle. On the bottom you have these options: screen snapshot, manual video record (which is then stored to your smartphone), speaker for two-communication, sleep (which turns the camera off) and records (which creates video clips.)

For instance, you can schedule precise times when the Mi goes to sleep and wakes up. And while there is no geofencing, under the "Sleep" > "Auto sleep" settings, you can also cleverly set the Mi to automatically stop recording if it detects your phone's specific Bluetooth signal, or if any smartphone Bluetooth signal is detected. This Bluetooth detection capability means household members can get privacy without having to load and control the Mi app on their phones. Conversely, you risk not recording an unwanted interloper who's carrying a smartphone with Bluetooth turned on.

You also can manually turn on motion detection, but you have to drill into the settings. What's needed is some sort of button on the live view screen to activate those features you want to keep on when you're not home, rather than making you drill down into the settings menus.

Mi offers myriad other handy but rare settings: you can turn off the Mi's LED light, you can manually turn night vision auto (default)/on/off and set 1/5/10/30-minute alert interval options so you aren't constantly badgered by continual alerts for the same event.

You can divide a room into different levels, easy to set up by colorGearBrain

Some Wi-Fi camera apps allow you to more precisely define motion detection areas in what the camera "sees." Xiaomi expands this capability. You get a grid of 32 rectangles overlaying the Mi camera's view, and each rectangle can be tapped to change its motion detection sensitivity to one of four levels: high (red), medium (yellow), low (green) and off (gray). I'm not sure whether lowering the sensitivity of some grid areas increases the sensitivity in others, but lowering the sensitivity of certain areas could reduce the number of false alerts you get such as from pet movements or rustling window shades.

Side-by-side with the Logitech Circle 2, Mi not only reported the same motion events, but often a few minutes ahead. Circle 2's alerts include a snapshot, but MI's are text-only.

What you don't get, which I found odd, was sound detection, but I don't necessarily find this lack a deal-breaker. Sure, a stealthy intruder may not get recorded until the Mi detects motion. But until a person — who doesn't have permission to be in your house — comes within the camera's actual sight, both an alert and recording would be useless. If you want to make sure you have a more complete coverage of your space, you can buy multiple Mi's. They're cheap enough to affordably do so – four or five of them cost about the same as a single Logitech Circle 2, Netgear Arlo or any other higher-end model.

A progress meter at the bottom of your live feed makes it easy to swipe to check recordings.GearBrain

Mi's Home app also contains an array of home automation "scene" options, presumably to control and command other mostly Mi and a limited number of other compatible devices as well as Bluetooth devices, in concert with the Mi camera. There aren't any instructions about these functions on the app, however, and since I had no other devices I was unable to explore these automation functions. But adding other devices is an obvious part of the app's function.

As noted, Mi can record to a microSD card (which is not included). You can choose to continually record – how much will fit depends on the size of card – or you can choose to capture only motion-triggered events.

But, also as noted, you can add an NAS (Networked Attached Storage), which means connecting a network-compatible external hard drive to your router to create your own home server for DYI cloud recording. Instead of continual recording that's measured by hours on a microSD card, recording to a NAS could go on for days — how many days depends on the capacity of your NAS hard drive. You can, however, set the Mi app to warn you when your storage is close to being full.

When you record continually, you get a progress meter on the live stream screen, which you can easily swipe back to check your footage; tapping on the "records" icon gives you specific timed clips. Recorded video footage is date/time stamped.

Video as well as stills are vivid, displaying high contrast and only slighted muted colors, but still seem digitally filtered somehow. Bright light bleaches out some detail, and footage looks fuzzier than you'd expect from 1080p. But overall, footage is above average, way above the 720p resolution usually found on cameras in this price range.

One of the Mi Home's best features is its night vision. As you can see from the samples in which I'm about 12 feet from the camera, both stills and video are remarkably bright and crisp with a high level of detail – exactly what you want from a security camera.

I encountered one odd remnant of the Mi's origins. A video clip on the live stream screen was accompanied with some notation in Chinese – an easily corrected app blip more than a bother.

For just $40, the Mi is a remarkable Wi-Fi security camera bargain. Setup could be a smidge smoother, and I wish it offered sound detection along with motion and wall-mounting capabilities, but these are minor quibbles. Mi is well-designed security camera with plenty of settings options – including DIY event or continual footage storage options – often found only in higher-priced units.

If Xiaomi can create such a low-priced yet highly-featured Wi-Fi security raises an obvious question: why are other equally featured cameras five times the Mi's price?

If you're looking for inexpensive and effective home security, and the better Wi-Fi cameras seem pricey, Mi gives you a viable, low-price – and welcome – alternative to affordably cover your entire abode.