Audi has finally taken the covers off the production version of its highly anticipated electric SUV, the e-tron.

The e-tron is the first of 12 electric cars to come from Audi between now and 2025, as the veteran carmaker - and part of the VW Group - finally makes its long-awaited debut in the electric car market.

Audi recently put the e-tron into production and is making the car at a rate of around 200 per day. The first examples will arrive with customers in 2019.

The e-tron is already in production, with the first deliveries expected in early 2019

Audi says the e-tron has an electric range of 249 miles using the WLTP test cycle, the same figure as the Mercedes EQC but less than the 292 miles of the Jaguar. However, Audi said at the launch event in San Francisco this week that final development and homologation of the e-tron is still ongoing, and the WLTP figure could reach 280 miles by the time the first cars arrive with customers.

Tesla claims the Model X can achieve a range of 260 to 350 miles depending on the size of its battery, however this uses a different test cycle. The e-tron's 95kWh battery is covered by an eight year / 100,000 mile warranty (whichever comes first).

Audi says the e-tron can be given 160 miles of range with 30 minutes of charging using the fastest 150 kW DC chargers, round 15 miles more than a Tesla Model X using the company's Supercharger network, which for now runs at 120 kW. Audi has partnered with Amazon Home Services to help deliver and install home chargers, which can provide a full charge in nine hours.

The e-tron has an electric motor an each axle and Audi claims the power output is 350 horsepower during normal driving, but can be increased temporarily to a little over 400hp using a 'boost mode'. The 0-60mph time in normal mode is 6.4 seconds, with boost mode taking this down to 5.5 seconds. The top speed is 124mph.

Audi says its focus with the e-tron is to make the transition from petrol and diesel to electricity as seamless as possible. This is why the car looks very much like other members of Audi's SUV family, like the Q7 and new Q8.

One obvious nod towards the car's futuristic intentions are the optional digital door mirrors, which use small cameras and OLED displays on the inside of the doors to give a view behind. Audi says this is the first time the feature - for years featured on prototypes - will be fitted to a street-legal production car, however it will only be an option in Europe for at launch, with Audi still seeking regulatory approval in the US and China. The displays are outlined by light strips which change color to alert the driver to vehicles in their blindspot.

Further digital displays include one behind the steering wheel (as is now common on Audis), plus two touch screens in the center of the dashboard; the top one measures 10.1 inches and the one below is 8.6 inches. In a similar move to the latest system used by Range Rover, the top display handles infotainment and navigation, while the lower screen is for climate and other car settings.

The feature-packed Edition One model is limited to 999 examples and costs $81,800

The e-tron is priced from $74,800 in the US, but comes with a good amount of features fitted as standard. These include air suspension, LED lighting, 20-inch wheels, heated and cooled seats, wireless smartphone charging, and a panoramic sunroof - often an expensive option on other cars. Tech options include Apple CarPlay and Android Auto, along with Amazon Alexa integration

In a move similar to that of Jaguar Land Rover and its recent vehicles, Audi plans to sell 999 Edition One examples. Priced at $81,800, these will be treated to exclusive Daytona Gray metallic paint with contrasting orange brake calipers, a driver assistance package (including night vision), heads-up display, massage seats

Later in 2019, a cheaper model will be offered with a smaller battery, and therefore less range. 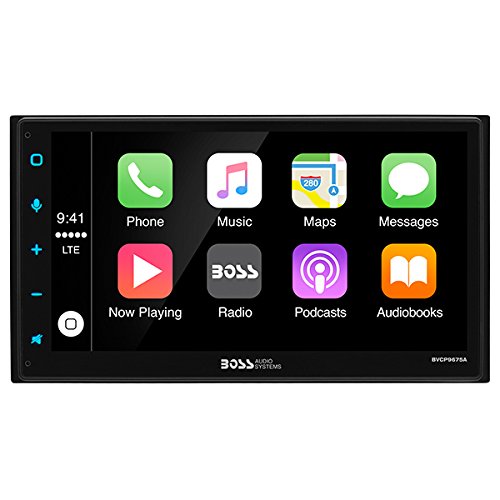