28 self driving car terms you really need to know about

Don't get behind the wheel of a self driving car without knowing these basics.

As the automotive industry makes its once-in-a-century transition from internal combustion and manual control, to electricity and automation, it feels like there is an entire new dictionary to get to grips with.

There are words associated with the new electric drivetrains, but also the autonomous systems with their radar and lidar, the levels (one to five) of autonomy, and the various names each manufacturer uses for their self-driving systems, like Tesla Autopilot and Nissan ProPilot.

With this guide, GearBrain will help walk you through this new automotive language, and get you up to speed

Soon to become the backbone of autonomous vehicles, 5G will be used to connect self-driving cars with each other and the world around them. There will be connections between vehicles, but also between vehicles and the cloud, and between vehicles and infrastructure, such as traffic lights. The enhanced speed and lower latency means 5G can step up to the plate in a way 4G simply wasn't capable of.

Using information around a vehicle to adjust its behavior. Often used with "adaptive cruise control," where a car can increase or lower its speed depending on the traffic, and also the speed, of the car directly in front of it. The car does this by using a forward-facing radar system.

A widely used phrase these days, but AI is exactly what powers autonomous vehicles. They use AI to understand the world around them, predicting how surrounding traffic and pedestrians will move, and anticipating the flow of the road ahead.

A fully autonomous car, or vehicle, is one that can run—and drive—without any human intervention at all. This would mean a vehicle without controls or steering wheels. Generally speaking, there are six different levels of autonomy, from 0 to 5, where Level 1 would include adaptive cruise control, and a Level 5 would give all controls to the driving system.

Here is a quick breakdown of each level, as defined by Intel, owner of the Mobileye vehicle computer vision company:

Not to be confused with the self-flying system used by airplanes, Autopilot is the name Tesla gives to its driver assistance system. As of early 2019, Autopilot can take control of the brakes and accelerator on roads with clear lane markings, and can suggest lane changes on multi-lane roads. Autopilot can also take the exit of a highway, following directions to the destination you entered into the car's navigation system.

What Autopilot cannot do, is take any responsibility for the movement of the car. In other words, the driver must remain fully alert, with their eyes on the road and hands lightly on the steering wheel, at all times. Tesla hopes that one day Autopilot will be sophisticated (and safe) enough to drive without anyone behind the wheels, allowing Tesla cars to be hired out by their owners as autonomous taxis while they sleep, work, or go on vacation.

Devices linked through the cloud, i.e. the Internet. Most wireless devices that speak to each other are cloud connected—sending information wireless to the Internet, which then another device reads by connecting wirelessly to the Internet to read. Autonomous and connected cars use the cloud to receive software updates from their manufacturers, but will eventually use a 5G connection with the cloud to learn about the road ahead from other vehicles, and issue alerts to those behind if they encounter a hazard, such as ice or a blocked road.

This is the technology which helps vehicles to 'see', and employs a wide range of systems, including lidar, radar, and visible-light cameras. Leaders in this field include Intel-owned Mobileye, which helps build the driver-assistance and semi-autonomous systems for a wide range of vehicles of sale today.

Also called an OBD port (for on-board diagnostics port), this is usually located under the dash, and is in basically every car made after 1996. Mechanics often link into this port to read diagnostic details from your car, and detect problems. Many wireless products for your car are plugged into the ODB or diagnostics port.

A far cry from self-driving capability, driver assistance tools are those that kick in for a few seconds or minutes—but do not take operations away from the person steering the wheel. Some common examples are lane warnings, if a car steers out of a lane and obstacle warnings, such as a car getting too close to another vehicle when parallel parking.

Before cars become fully autonomous, they will use their enhanced intelligence to keep an eye on the human driver. This means systems which check that the driver is awake by monitoring their inputs to the steering wheel. Beyond this, cars will start to use cameras to check the driver is awake, and sober. Volvo says it will start introducing systems which slow the car down to a stop and prevent it from getting into an accident if it detects a drunk or drugged driver is behind the wheel.

Short for electric vehicle - meaning one which is powered entirely by electricity.

Used to refer to vehicles which are powered by a hybrid system, made up of a gasoline engine and an electric motor. When many car companies say their fleets will be "electrified" by a certain year, they are mostly referring to every car being a hybrid.

A word used to refer to the information and entertainment screens of a car. This used to mean little more than a radio, CD player, and navigation system (if you were lucky), but it now refers to the huge touchscreens many cars are now fitted with. These display maps and information, but in some cases can even be used to draw, play games, or look at Mars (that'll be Tesla, naturally).

As cars become increasingly capable of driving themselves, the infotainment system will allow the passengers (and driver) do even more, while the car takes care of the actual driving. Audi demonstrated earlier in 2019 how, by teaming up with Marvel, it can offer an immersive in-car cinematic experience, using the screens, sound system and even the car's suspension to bring movies to life.

Similar to radar, laser-based lidar is used by autonomous vehicles to see the world around them. Designed for spotting nearby objects, lidar systems usually sit on the roof of a self-driving vehicle, and spin around to gather a 360-degree view of their surroundings. This is then used by the car's onboard computer to identify vehicles, pedestrians, street furniture, and other objects it needs to be aware of, and potentially interact with (or avoid).

Nit every self-driving technology uses lidar. While Ford, Waymo and Uber do use lidar, Tesla does not, with boss Elon Musk saying the technology is not necessary for autonomous driving; instead, Tesla cars and their Autopilot system rely on radar and cameras.

This is the catch-all phrase for transportation options which extend beyond the car, but fall short of mass public transport like buses, trains and airplanes. In the ideal world, a MaaS company would offer a flat monthly subscription for access to cars whenever you need then, along with electric scooters, small ride-sharing vehicles, and other kinds of transport, to get your wherever you need to go, as efficiently and cheaply as possible.

Short for over-the-air, this refers to software updates which are given to vehicles remotely, via their internet connection. Because mist new cars contain a SIM card (or several) with a 3G or 4G connection, manufacturers can push software updates to then, just like how your smartphone gets updates, new features, and bug fixes.

A remedy to a security risk that your manufacturer will issue as soon as they are aware of a vulnerability. Update your car's software as soon as the patch becomes available.

A driving technique where autonomous trucks follow each other on the highway. Initially, this will see the lead truck driven by a human, with the other computer-controlled follow behind. But eventually it is hoped all will be driven by computer. by following each other very closely, the trucks create less aerodynamic drag, lowering the amount of energy needed to move them forward, thus increasing their efficiency and range, while reducing traffic.

Radar is a system that uses radio waves to detect other objects. Self-driving cars can be equipped with radar to help the vehicle read the area around it.

Also known as brake regen, this is a system used by electric cars to harvest energy which would otherwise be wasted during braking, and feeding it back into the battery. Essentially, electric cars turn their motors into generators when you lift off the accelerator. This has the effect of applying the brakes, and means many electric cars can be driven with just the accelerator pedal for most of the time. You simply press more to accelerate faster, then lift the pedal more to brake more firmly.

The security of a cloud-connected car is only as strong as its weakest link, says Chris Wysopal, chief technical officer and co-founder of Vericode, an application security company based in Burlington, Massachusetts. Different parts of your car or may come from different manufacturers and those manufacturers may have different security protocols, he says.

The Big Kahuna, self-driving is the ultimate goal of many car makers today, a vehicle that can tell what's around it and operate completely without any human involvement.

In self-driving cars, sensors are devices that a vehicle uses to detect what's around it—from obstacles in the road such as pedestrians to other cars. Think of these as part of a self-driving car's eyes. These details can also link to GPS technology to tell a vehicle where it is on the road.

The brain of your self-driving car, software is a program, a series of commands that runs a computer or a similar device. Here, the computer is an autonomous car.

Waymo is an autonomous car company owned by Alphabet, parent of Google. Waymo began life a decade ago in Google's secretive X division, before being spun out into its own company. Waymo is regarded by many as the leader of the autonomous car industry, and it currently offers a small self-driving commercial taxi service in Phoenix, Arizona, where users can hail a car with a smartphone app, just like an Uber or Lyft. The cars all have safety drivers behind the wheel for now, but they are likely to be removed soon.

Waymo uses a fleet of Chrysler Pacifica minivans for this service, but has also struck a deal with Jaguar Land Rover to offer thr electric Jaguar I-Pace as a luxury alternative to the Pacifica.

A WiFi hotspot lets someone connect to Internet, even from a remote location. You can install a mobile hotspot in your car. Just make sure you locked down the security.

Short for 'vehicle-to-everything' this is the term used to describe a network which will connected autonomous cars (and likely trucks, too) to the world around them. This could include other vehicles, but also infrastructure like traffic lights, parking lots (to help find an empty space) and sensors monitoring weather, road conditions, pollution levels, and much more. 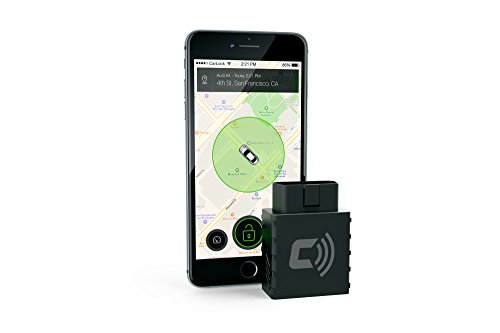