Weather enthusiasts can join the growing community of global members who share accurate, hyper-local weather information and images from places all over the world

SAN FRANCISCO — August 4, 2016 — Weather technology company BloomSky announced the release of its Next Generation Wireless Camera Weather Station — featuring the SKY2 and the accessory STORM — an integral component of its broader vision to build a next generation, crowd-sourcing community that shares accurate, hyper-local weather information and images from places all over the world.

The new combo (SKY2 and STORM) succeeds the original BloomSky device, known as SKY1, which made a big splash in 2014 and changed the way people see the weather. Developed to solve the problem of inaccurate weather forecasts, the SKY1 was warmly embraced by outdoor enthusiasts, travelers and weather enthusiasts.

The next-gen SKY2 — a 5-in-1 weather camera station that accurately measures temperature, humidity, barometric pressure and precipitation — was enhanced with Bluetooth BLE for easier setup, but retained most of the core competencies of the original SKY1:

BloomSky will also roll out the STORM, a high-precision, 4-in-1 wireless weather device that measures rainfall, and wind speed, wind direction and UV exposure. Its wireless radio frequency ensures consistent and reliable transmission with better range. The STORM was designed to work with either the SKY2 or SKY1 and is app-enabled (iOS or Android).

Key features of the STORM include:

Several options are planned for weather enthusiasts. The SKYPRO Kit includes the SKY2, STORM, two solar panels, one tripod (for STORM) and one mount (for the SKY2) for $299 MSRP. The SKYLITE Kit includes the SKY2, solar panel and mount for $249 MSRP. BloomSky will also release the STORM as a separate add-on for original SKY1 owners for $139 MSRP. Note: STORM only works with SKY1 and SKY2 devices.

BloomSky launched its Kickstarter campaign for the SKY2 and STORM on July 21, 2016, and it quickly funded in less than 24 hours and has recently surpassed $400,000 in funding, more than five times its goal.

For more information about BloomSky, visit www.bloomsky.com. To check out the Kickstarter campaign, visit http://kck.st/2ag7ASA. 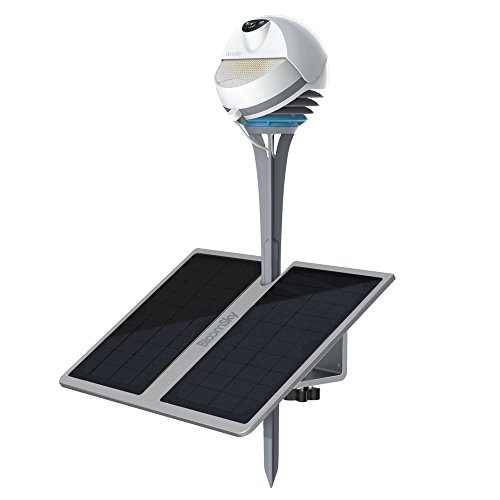