Truly self-driving bikes will remain science fiction, but advanced rider safety features are on their way

There is something unnerving about the sight of a motorbike setting off, driving itself around a track, leaning into corners and even deploying the kickstand when it comes to a stop.

But that's exactly what BMW's Motorrad division has created. Shown off in a video published this week, below, the prototype motorcycle can drive itself without falling over, and looks convincing as it leans through the corners of a test circuit.

The vehicle is the result of two years of development and "hundreds of hours" of testing, BMW says.

However, BMW also says the vehicle is not intended to pave the way for fully autonomous motorcycles - something there is unlikely to be much, if any, consumer demand for. Instead, the bike is part of BMW's development of advanced rider-assistance systems, similar to those used by today's cars, where the driver is informed and aided by their vehicle rather than replaced.

The underlying technology here should "serve as a platform for development of future systems and functions to make motorcycling even safer, more comfortable and increase the riding pleasure," BMW said.

"The aim of the prototype is to gather additional knowledge with regards to driving dynamics in order to detect dangerous situations early on, and thus support the driver with appropriate safety systems while turning at intersections or when braking suddenly, for example," the Munich, Germany-based company added.

Project leader Stefan Hans said: "The prototype helps us expand our knowledge about the vehicle's dynamics, so we can classify the rider's behaviour and see if a future situation will become dangerous or not. If so, we can inform, warn, or intervene directly."

Given motorbike riders are far more likely to be injured or killed in road accidents, improving their safety is of course a worthy cause for BMW to dedicate resources to. But there will be challenges ahead, as, while a car's autonomous safety system can hit the brakes in an emergency without injuring the driver (assuming they are wearing a seatbelt), the situation is clearly quite different for a bike and its unrestrained rider.

It will be interesting to see how BMW navigates around these issues in pursuit of improving rider safety. 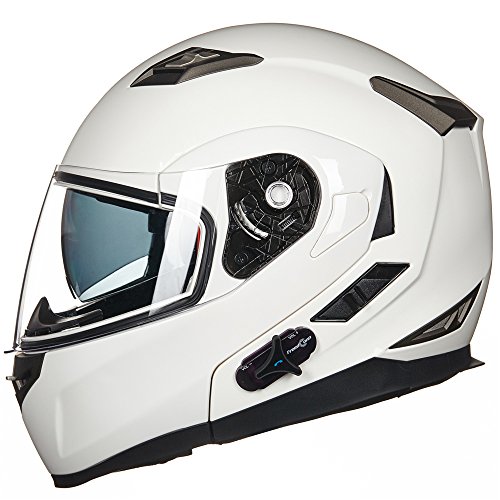