You even get a built-in headset—for free. 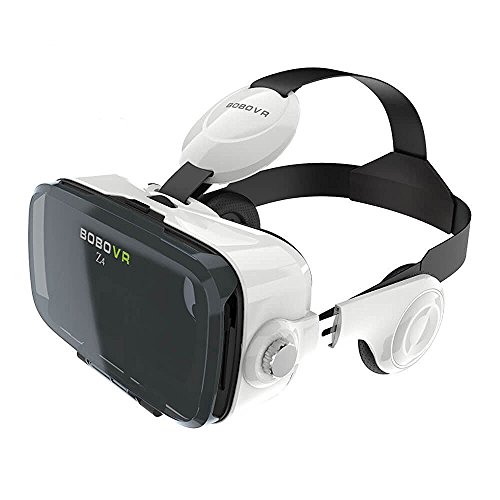 There are more than 200 manufacturers making virtual reality headsets for smartphones these days, and those headsets, in turn, are sold under many different brand names. Not surprisingly, choosing a headset can be a nightmare, especially for the first-time buyer.

Things you should look for include a wide field of view, an easy drop-in mechanism for inserting the phone, adjustable lenses, and a control button. The BoboVR Z4 has all that, plus a built-in set of headphones.

One of the most important aspects of a virtual reality headset is its field of view. Some of the older headsets on the market had a very narrow field of view, cutting off your peripheral vision. Wearing these headsets feels like wearing an old-fashioned diving mask.

The field of view doesn't depend entirely on the headset, of course. With a small phone, you're going to get a narrower view. That's why, for the best performance, pick a headset with the largest field of view you can find, and pair it with a smartphone that has the largest screen the headphone can support.

Resolution is also an issue. If you have a low-resolution phone screen, when that image is stretched across your entire field of vision, you're going to see the individual pixels. As a result, users with older phones sometimes prefer a headset with a narrower field of view, especially if they mostly use them for watching movies.

The BoboVR Z4 has, according to the manufacturer, a field of view of 120 degrees. That's more than the Oculus Rift, HTC Vive, or the Samsung Gear VR, which are 110, 110 and 96 degrees, respectively.

Now, the manufacturer might be exaggerating, but with my Samsung Galaxy S6, I do see the widest image of any of the headsets I've tried. Since I don't have the largest phone, though, it's not necessarily the widest image possible. My phone has a 5.1-inch screen, and the BoboVR Z4 can fit a smartphone with screens of up to 6 inches in size. 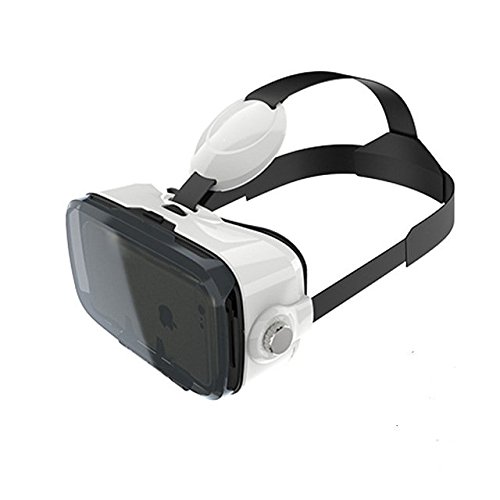 Another issue that affects the virtual reality experience is whether you're able to focus the lenses on the headset. Many of the low-cost headsets don't offer this option. So, unless you're lucky enough to have exactly the eyes the headset was built for, you're out of luck.

The headset weighs 15 ounces if you buy the version with headphones, and 11 ounces without. By comparison, the Gear VR is 12 ounces. The headphones are convenient, though, and the sound quality is pretty decent. There's even a volume control dial right on the headset.

The view from the bottom. The volume dial is on the left, the control button is on the right. Image by Maria Korolov

I found the headset to be comfortable to wear, with adjustable straps and leather-like padding around the face area. It even fit over my glasses, though your experience will differ if your glasses are wider than 5.5 inches.

The front cover also has openings on the sides, so if you do want to use your own headphones, or plug your phone in to charge it, there's plenty of room.

In order to use this headset, you will need to install the Google Cardboard app, available for free for both Android and iOS. In the settings menu—the three buttons at the top right—there's an option to switch viewers. Tap on that, then point the phone to the headset's QR Code.

But wait: The BoboVR Z4 doesn't come with a QR Code! Yup, the manufacturer forgot to make one, even though it only takes a few minutes. Fortunately, one of the companies that distributes a rebranded version of the same headset, the Virtoba X5, did make a QR Code, as did several Reddit users.

I've added the image below.

Finally, the best thing about the BoboVR Z4 is its super low price. That's a good thing, because Google's new Daydream platform came out last fall, and promised to offer better performance, better graphics, and a cool new motion controller. So you want to start saving your money for a new headset, and a new phone to run it, since none of the existing phones will work.

Get the BoboVR Z4, one of the best low cost headsets, for$39 on Amazon. or $29 from GearBest or $28 from AliExpress. If you search the sites, you can also find versions sold without the headphones, and versions bundled with Bluetooth controllers of all shapes and sizes. 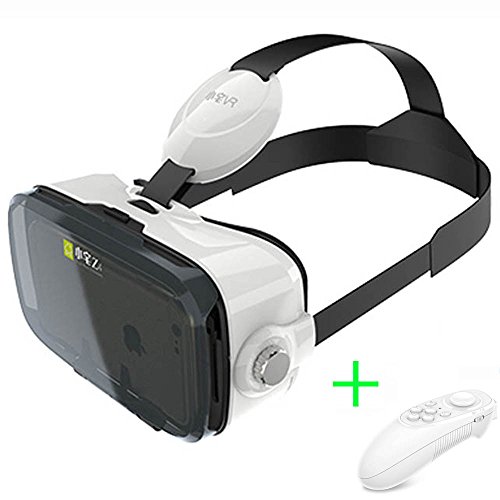