Bose Sleepbuds: Replace your snoring partner with the sound of an airplane cabin

Sounds of waterfalls and airline cabins produced by crowdfunded earphones

Audio company Bose has expanded from making speakers and headphones, to helping customers sleep with its newest product, called Sleepbuds.

Sleepbuds are a pair of wireless earphones designed to be worn all night. They play a range of soothing and noise-masking sounds like rain, ocean waves, waterfalls, plus more monotonous sounds like an airline cabin and a dehumidifier. The company introduced them through an Indiegogo crowdfunding campaign, taking this route, rather than presumably just launching a new product outright, to get "...feedback to improve our latest innovation."

The goal is to use these sounds to mask your snoring partner, traffic, noisy neighbors, or a dog barking across the street. Sounds are stored locally on the Sleepbuds, as streaming from a smartphone would affect battery life too severely, Bose says on its Indiegogo page. As a result, users can only play the sounds which come pre-loaded on the Sleepbuds, rather than pick something else.

If the Sleepbuds look familiar, that is because they were originally the brainchild of Hush, a San Diego-based startup which demonstrated its own sleep-assisting earphones at the CES technology trade show in early 2016. Having already invested time in sleep technology of its own, Bose bought Hush and developed the product for itself. There are other ear buds on the market that can temper sound including Doppler Labs' Dubs.

Bose says the sounds in its product are designed to mask other noises, then fade from your attention as you fall asleep. An alarm can then be set via a smartphone app to wake you up in the morning. Bose claims: "Most bedroom noises can be rendered completely inaudible depending on the soothing sound selected and the volume used."

Although Indiegogo is more often associated with startups seeking funding to mass-produce a new product — not huge and successful multinational companies — Bose says it is using the platform as a testbed for its prototype Sleepbuds.

The tactic appears to be working, as just a day after the 25-day campaign launched, Sleepbuds have sold out at all price tiers, from $150 to $185. In all, the campaign had earned $439,170 at the time of writing, with investment from 2,873 backers.

Bose claims the Sleepbuds last for two nights on one charge, and their carry case provides an extra night's worth of charge - useful if you forget to take the USB cable on a weekend away.

Sleepbuds are controlled via a smartphone appBose

The Sleepbuds have a retail price of $250 and will be available to the public "later in 2018" Bose says, after Indiegogo backers get their devices in February.

Bose said: "We want to improve the way you sleep by helping to keep unwanted noise from waking you or keeping you awake. We've teamed with Indiegogo to give you the opportunity to try out a prototype and give feedback on our latest innovation...They're tiny, comfortable and replace the sounds of busy city streets, noisy neighbors or a snoring partner with soothing sounds to help you fall asleep—and stay asleep." 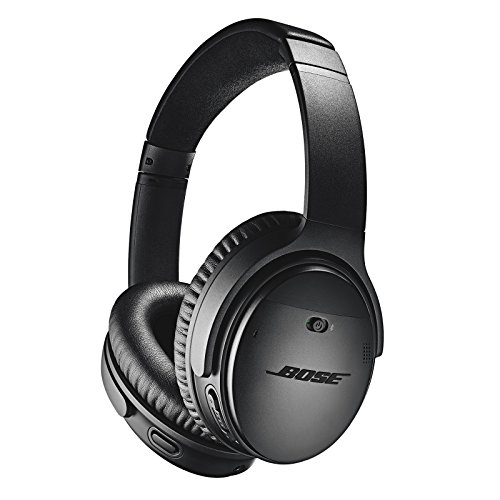