Review: DeePoon VR Headset Is A Step Up From Cardboard

Plus the headset's field of view rivals Gear VR—for one-third the price.

Disclosure: A free review copy of this headset was provided by GeekBuying.

The DeePoon V3 is a virtual reality headset that works with both iPhones and Android smartphones, is light, and has a decent field-of-view. Easy to use, and priced at under $32, it's a VR headset certainly worth considering.

Almost all the features you want

The DeePoon V3's field of view is 96 degrees, which is the same as the Samsung Gear VR, the best mobile-based headset currently on the market.

It's not as wide as the Oculus Rift and the HTC Vive, which are both 110 degrees. Then again, the device also costs twenty times less.

The DeePoon V3 is also pretty light, just 9 ounces—compared to the 12 ounces of the Gear VR. The less a headset weighs, on average, the more comfortable the device will feel for extended game-playing or video-watching sessions. 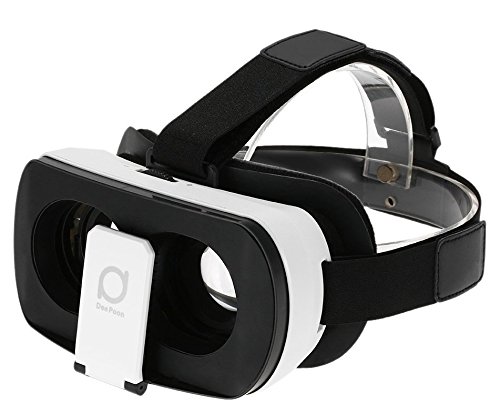 On the other hand, the headset's small size also means that there's a smaller opening for glasses, just 5.5 inches. That was enough, but just barely, to fit over my glasses. If your glasses are larger, they might not fit. Still, the lenses are adjustable, so if you're vision isn't too far off from average, you should be okay. The headset can be adjusted for myopia of up to -6.0 diopter.

There are also head straps, so you don't have to hold the headset up to your face.

And DeePoon V3 is ridiculously easy to use. All you need to do is install the Google Cardboard app—available for both iOS and Android—and point the headset at its QR Code. If your headset didn't come with the QR Code, here it is:

Now you can run any Cardboard-compatible virtual reality applications. Check WeArVR.com for apps and app reviews. Because of the headset's open design, the outward-facing camera on the smartphone also has a clear view. That means that augmented reality applications will work as well. Plus, there's plenty of room to plug in headphones or charging cables.

But this isn't a perfect headset.

First of all, the DeePoon V3 lacks a touch button on the viewer. Most virtual reality apps don't require the button and instead use a look-to-activate dynamic. For those that do need a button, such as some games, you will need to use an external controller. Some versions of the DeePoon viewer are bundled with a controller.

Unfortunately, most standard controllers will only work with Android phones, and not iPhones. And the few controllers that do work with iPhones won't work with any of the popular virtual reality apps. (We know. This isn't ideal.)

If you're mostly using the headset for watching videos and for virtual tourism, you won't have a problem, nor feeling like you're missing much. Otherwise, check our list for the best virtual reality headsets for iPhones.

The other downside to this headset is the price. The DeePoon V3 runs from $32 to $30, more than twice the cost of its closest competitor, the Leji VR Mini. And this device doesn't come in all the colors that the Leji does.

However, the headset has more room for glasses than the Leji, I like the focus adjustment mechanism better, and the viewer has a sturdier latch to keep the smartphone in place.

To me, this makes the DeePoon V3 a great headset to keep on hand for playing casual games and watching videos. The device is sturdy, doesn't take up much space, will easily fit in a bag and is at the least an upgrade from viewers made from actual cardboard. 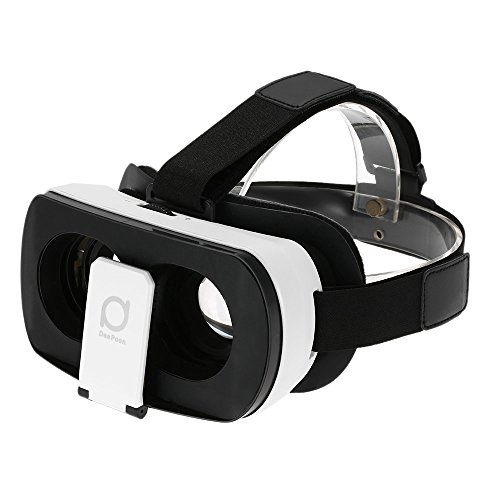