Energous is the first company to have true wireless charging approved by the FCC, and will showcase its tech at CES 2018

The first wireless charging system — capable of powering devices from a distance of several feet — has gained regulatory approval from the Federal Communications Commission (FCC).

Called power-at-a-distance, the technology is different to that recently highlighted by wireless charging in the iPhone 8 and iPhone X. Those handsets — plus others from Samsung and competing brands — fill up batteries by resting on a charging pad connected to a wall outlet. Power-at-a-distance chargers can boost devices from up to three feet away.

Built by San Jose-based startup Energous, the charger isn't a commercial product just yet. But will be shown off at the CES technology show in Las Vegas from January 9-12.

Called the WattUp Mid Field transmitter, the device converts electricity into radio frequencies, which are then beamed to nearby devices fitted with a corresponding receiver. This means that devices currently on sale are not compatible with the transmitter out of the box. But in the near-future, companies like Energous could sell compatible cases which bring power-at-a-distance to existing smartphones. Of course, the ultimate goal of the company is to likely embed its 3mm square wireless power receiver into almost all gadgets and electronic devices.

Smart home devices could benefit massively from this technology. Imagine being able to power a house full of smart speakers, cameras, door locks, garage doors, window blinds and anything else you care to mention, all without any wires. Energous suggests its basestation (which for now is the size and shape of a sound bar) could sit in front of a home's TV, powering all nearby devices.

"This development represents a new era of wireless charging, and opens up a tremendous opportunity for the electronics industry," says Energous in a press release on December 27.

Regulatory approval by the FCC saw the WattUp undergo "rigorous, multi-month testing to verify it met consumer safety and regulatory requirements," the company says. It also claims its technology is capable of charging at up to 15 feet, although for now the FCC has only regulated a system capable of sending power three feet from the base station.

Unlike most of today's wireless chargers, the WattUp Mid Field can charge multiple devices at once, so long as they are within three feet of the transmitter. If such a transmitter was placed on or under a desk, for example, it could potentially charge a nearby smartphone, tablet, laptop, keyboard, headphones, smartwatch and more. The WattUp power receiver is just 3mm square, Energous says, so can be fitted to almost any device.

The base station can power small devices at a distance, but is also capable of charging larger devices like laptops through existing close-contact wireless charging technology.

Energous has developed the WattUp ecosystem so that it can work with devices from any manufacturer, like Wi-Fi and Bluetooth.

"Untethered, wire-free charging — such as charging a fitness band even while wearing it — is exactly what consumers have been waiting for," says Stephen R. Rizzone, president and CEO of Energous. "We are now in a position to move our consumer electronics, IoT and smart home customers forward at an accelerated pace." 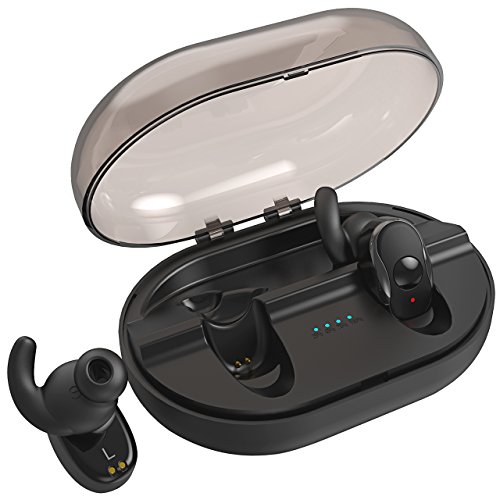