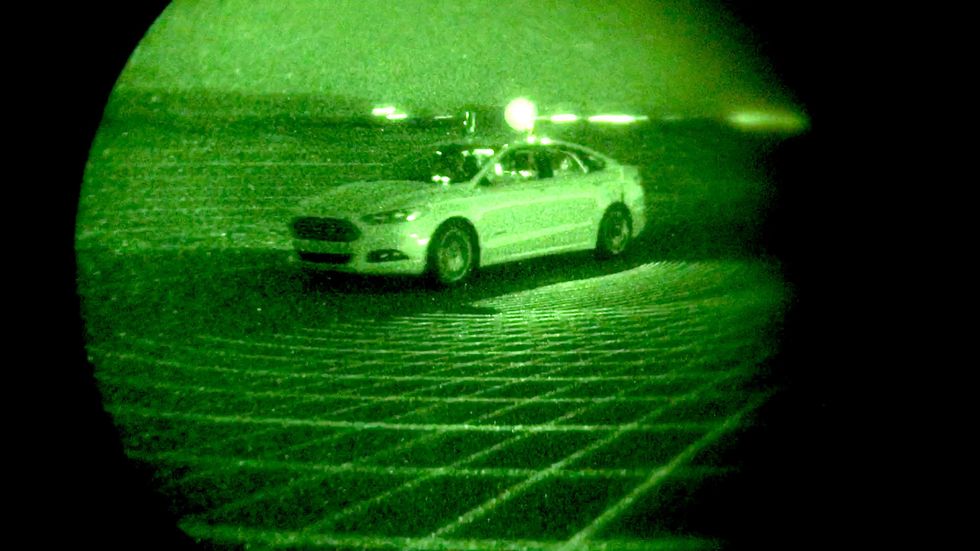 Ford Gets Night Vision. Ford motor company is testing a new sensor that could allow your car to one day see the road at night—without lights. Called LIDAR, the system is being put to use in Ford's autonomous research vehicles. Cars follow the road on their own: without cameras, without lights. Instead, 3D maps are read by the self-driving cars, which then find their location to then read the road. Yes, the technology is still very beta. So no, the feature's not part of your fully loaded 2016 Fiesta.

Tell Android Everything. Who emails anymore? (Let's not even talk about voice mails.) But now typing is heading quickly to retirement. Voice-command is the direction most connected devices are taking—including smartphones. Google's latest, Voice Access, fits this mold—an app that once installed lets users nearly control every element of their Android phone from opening Chrome to scrolling. Signups are already full for the beta version.

Scalpel, Please. Every felt an urge to watch an surgical operation—as if you were right there? Thursday, you get your chance—in virtual reality. A British cancer surgeon (and, yes, co-founder of a VR firm, Medical Realities) is going to livestream an operation where he removes a tumor, says Wired. Eager to tune in? All you need is a Cardboard viewer (This one will do) and the Medical Realities' app.

Drone Pilot Needed. Imagine a city agency spending more than $7,000—on two drones—and having them sit in their box because no one can fly them. That's the reality in England, where a local council in Essex bought two drones for £5000 in January 2015 for surveillance—and never put them to use, says the BBC. Maybe they could get some help from these guys.

Wearables Market To Grow 4X. Don't own a fitness device or connected sports band yet? You will, in some form. The sports and fitness wearables market is now projected to grow to $14.9 billion by 2021—in just five years, according to a new report from market research firm Researchmoz. The group valued the same market at just $3.5 billion in 2014.