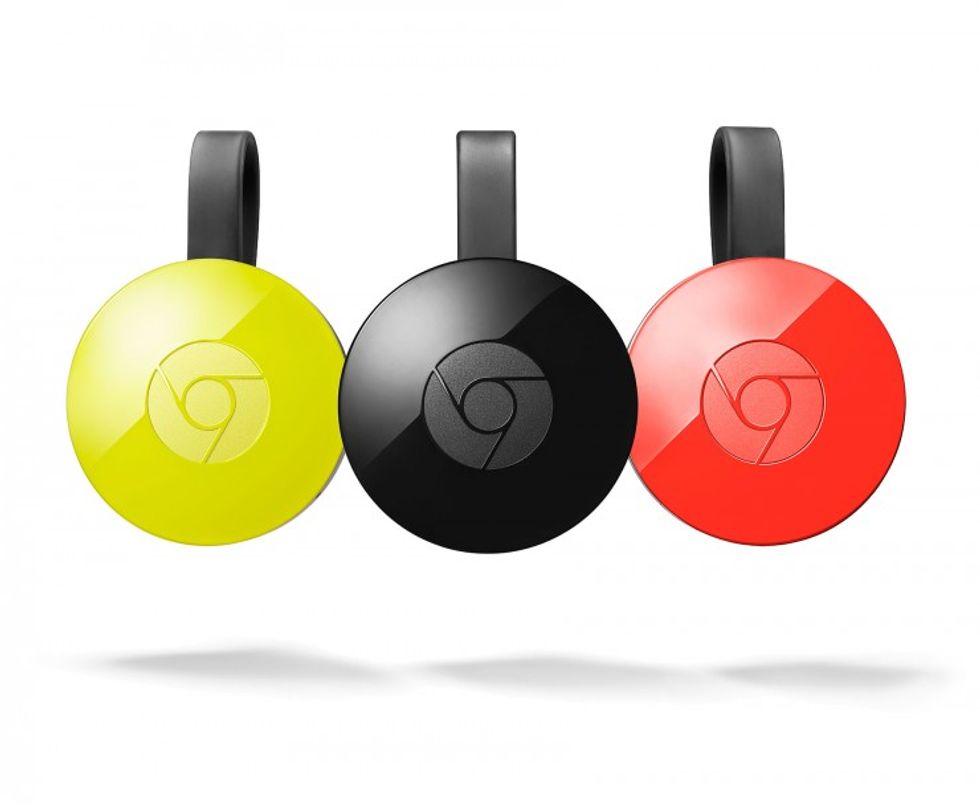 If your eyeing that Chromecast for Christmas you're not alone. Google's streaming device continues to muscle past Apple TV, Amazon Fire TV, Roku and others for the fifth quarter in a row, according to Strategy Analytics. To date, more than 660 million Chromecasts have sold. (So why are you still waiting?)

San Francisco, perhaps suffering from Silicon Valley-like envy, has announced it's going to build the biggest Internet of Things sensor network in the U.S. The plan? To mount sensors around the city, starting with public libraries, and then invite companies to pitch ways to use them — we assume in consumer-friendly ways.

For those who've always believed their scented plug-in just lacks some digital jazz, consider Pura Scents. A Kickstarter launch, the device lets you turn scents on and off, plus even choose from a variety of scent options, all from your smartphone. (And it's already hit its fundraising goal.)

We all know the Internet of Things is still a hackers playground. But now security researchers say developers are borrowing code from each other when it comes to cryptographic keys. In basic terms? The key to unlock your router may be the same as your upstairs neighbor. Not what you want.

Finally, the mother of all saves via smart home tech reportedly happened in South Australia last week. Charles Darwin University President Simon Maddocks used his smart device to launch sprinklers at home (while he was at the office) warding off a looming bushfire. That's literally connected — and protected.