Lunii lets children weave their own stories, and then have them read aloud

Children rarely have control over the stories they're told. Parents and caregivers may spin a yarn at bedtime. Books from the library and school will walk them through a narrative. Controlling the story, however, is rarely in their small hands. Lunii hopes to change that, with an audio storyteller that lets children create the story they want to hear.

An audio box, designed in France, around the size of a 20th Century transistor radio, Lunii is about $74 (€59.90) toy that entices children to write their own fairy tale.

Children can pick the elements for their story on Lunii, such as where the tale takes placeGearBrain

Children select one of four elements, including whether they want their story to be about Ben, a boy, or Suzanne, a girl, and are then told a short audio story. There's no screen, no app — just a box that tells a tale aloud. Once upon a time we might have called those books, but Lunii is interactive allowing it to tell 48 different variations.

Covered in an aqua colored skin that rubberized so it's easy to hold, Lunii has just five bright yellow dials and knobs — big and chubby enough even for tiny fingers. One knob lets you stop the story, another starts the tale, a third takes you to beginning, a fourth controls the story elements from main character to place, and the fifth controls the volume. 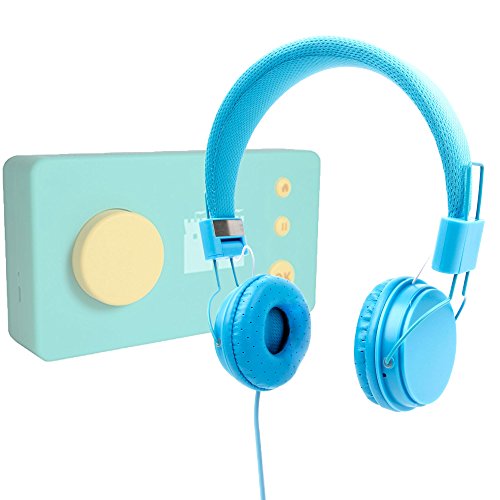 Let's talk about the volume. As a child's toy, that's interactive, Lunii is meant to be held close. The sound that comes from the box doesn't need to be loud, and it's not, even at the highest level. Don't expect Lunii to sound like a Sonos One. Or even an Echo Dot. It doesn't need to tell you the weather as you're getting dressed, but a story to a child before they slumber to sleep.

Buttons on Lunii are round and sized for small childrenGearBrain

Besides picking their main character, children can select another character in the story, where they want the story to take place, and an object they want featured as well. These could include a feather, a container of yogurt or a ladder among others. The story can take place in a forest or castle, as just two of the options, and they could meet up with a wolf, a princess or an ogre among other selections. Each choice narrows down the others.

The stories are also short, about two to three minutes, and they're simple, with familiar fairy tale elements that sometimes have a bit of a spin. In one, a wolf is irritated that his kind are always the bad guys.

Lunii comes with 14 hours of memory, meaning it can hold hundreds of stories. There's a Luniistore where parents can download additional stories for the device, connecting to Mac, Linux and Windows machines through a micro-USB cord, which is included in the box. But to pay for the stories you have to buy them with a virtual currency specific to Lunii called Luns. An additional pack with about 18 stories costs about 1800 Luns, or about $13 — and the instructional manual, which is a PDF, on how to buy these is in French. That's a bit awkward since Google Translate doesn't automatically kick in on a PDF. Just something to keep in mind.

For any one used to the flashing lights and beeps of a mobile device, Lunii is going to seem slow. The stories are pretty simple as well, but Lunii is not designed for adults, nor teens. Young children, from ages 3 to 8, are whom Lunii had in mind when it designed the toy. As children start playing with more technology toys, like virtual reality, there's something nice about one that does little more than spin a story. 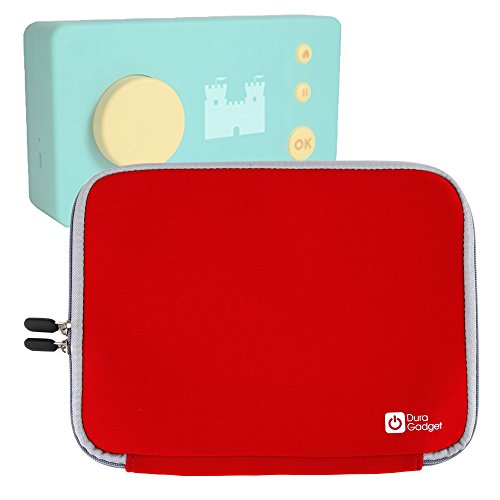 Red Case in Neoprene with Wrap-Around Dual Zip Closures for the Lunii 1-EN My Fabulous Storyteller Toy - by DURAGADGET
List Price: $27.99
New From: $13.99in Stock
Related Articles Around the Web
luniitoy reviewstorytellinginteractivechildrenvirtual currency
Like GearBrain on Facebook
Lauren Barack
The Conversation (0)