Augmented and virtual reality products to get excited about in 2018

Just as televisions and driverless cars have become part of the furniture at the CES technology show, so too have virtual and augmented reality headsets.

Although the momentum behind VR's growth slowed in 2017 - the industry seemingly unsure if it should progress with a technology destined to remain a niche - AR is being welcomed into the spotlight with open arms.

Apple boss Tim Cook is a huge fan, and with applications stretching from Pokemon Go and Animoji to the classroom, the production line and a child's toothbrush, AR looks like a technology ready to shrug off the failure of Google Glass almost five years ago and focus on the future. That being said, VR isn't dead and buried just yet - far from it, in fact, as HTC and Lenovo both launched new headsets this week.

Here are six AR and VR highlights from CES 2018.

New Pro version of the Vive gets a resolution boostHTC

With its ability to let users walk around inside VR environments, the HTC Vive is arguably the poster child of virtual reality, and for CES this year a new model, the Vive Pro, was revealed. Resolution - always the achilles heel of VR - has been increased from 2150 x 1200 on the original model to 2880 x 1600.

The Pro also offers a new design for increased comfort and balance, and there are built-in headphones for the first time, ready to make the most of the Vive's support of spatial audio.

Finally, HTC has said it will offer a wireless adapter, removing the need to connect the Vive to a PC with a cable which is easy to trip over. HTC is yet to announce a price or release date for the Vive Pro.

Sticking with VR, Lenovo used CES to announce the Mirage Solo with Daydream. This is an all-in-one VR headset, as opposed to one which you slot a phone into (like the Samsung Gear VR) or one which connects to a high-end computer (like the HTC Vive and Oculus Rift).

The headset is powered by a Snapdragon 835 processor and has 4GB of RAM and 64GB of storage - plus a microSD card slot for adding more. There are no speakers or headphones fitted to the Mirage, but a 3.5mm port means you can easily plug in your own. We went hands-on and found the image quality to be much better than that of a phone-based VR headset like the Gear VR - but then at $400 for the Lenovo, this shouldn't come as a surprise.

Lenovo also announced the $300 Mirage Camera, which can shoot 180-degree video and upload it to YouTube, ready to be viewed in the Mirage headset.

New York startup Vuzix impressed in Vegas with the Blade, a pair of attractive AR glasses which project a user interface onto the right-hand lens. They look more conventional than the dorky-looking Google Glass, and include a touchpad on the side for navigating around the software.

There are voice commands and Amazon Alexa is baked in, while a forwards-facing camera can be used to shoot point-of-view photos and video. Wi-Fi and Bluetooth connections are included, and the company claims battery life varies from two to 12 hours depending on how you use it.

The camera could also one day be used, Vuzix says, to let the wearer reach out and 'touch' the interface ahead of them, although this wasn't demonstrated at CES this time around.

Developers will soon be able to hand over $2,000 for a pair to build apps for, and once the device goes on sale in the second quarter of 2018 they will receive a free consumer version too. The latter is expected to have a retail price of $1,000, similar to Google Glass. Vuzix reportedly hopes to bring this down to around $500 for future generations of the Blade.

Rokid is a Chinese company with a background in artificial intelligence and robotics, but with the Glass it is branching out into augmented reality. An early prototype was on display at CES and follows a similar recipe to the Vuzix Blade. The Glass is a standalone device with its own processor, but also connects to your smartphone and the web via Bluetooth and Wi-Fi.

Viewing angles are limited to just 35 degrees for now, but Rokid says this will soon be increased to 50. As with the Blade - and Google Glass - the user interface is only projected into one eye. The three-year-old Microsoft HoloLens, although also restricted by a narrow viewing angle, projects into both.

Both voice and gesture controls are in development, but for now the sensors for these have not been integrated into the frame of the glasses. For now, this is still very much a work-in-progress. Rokid wants to add a form of artificial intelligence, but at the moment it isn't known if this will be Amazon Alexa, Google Assistant or something Rokid has made hi mself.

Not attractive, but that doesn't matter when gunning for the enterprise marketThirdEye

Due to go on sale in the first quarter of 2018, the X1 Augmented Reality Smart Glasses by ThirdEye is - as you might have guessed from the name - another pair of AR glasses. The X1 boasts the largest batteries of any AR glasses, ThirdEye claims, and this gives a battery life of over 24 hours.

ThirdEye already has a range of AR apps ready to install on the glasses and the focus here is on enterprise use - a sensible move, given Google Glass' failure to succeed in the commercial space. A forward-facing camera lets wearers provide a 'see-what-I-see' video for co-workers to view - another clear indication of ThirdEye's focus on enterprise.

And finally...AR isn't just about sci-fi glasses. The Magik Toothbrush by Kolibree is a toothbrush and companion AR application to help encourage children to brush their teeth. Simply hold a phone with the app running in one hand, brush with the other and augmented monsters appear around the child, disappearing as they brush. 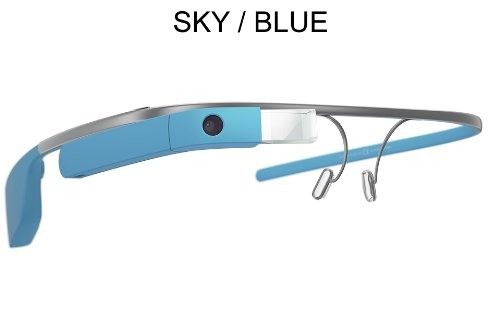