Sour Switch Note to everyone thinking of sticking one of the new Nintendo Switch game cartridges in their mouth: don't. The gadgets are reportedly covered in a bitter substance. How was this uncovered? Blogger Jeff Gerstmann tweeted he'd done just that: put the game cartridge in his mouth. Nintendo confirmed that they had, in fact, coated the cartridges with a substance called denatonium benzoate to keep them out of the mouths of children. The chemical is widely used in nail polishes used to stop children from sucking their thumbs and adults from biting their nails. Nintendo of course launched the $299 Switch just last Friday, its new gaming console that has apparently re-charmed gamers who have fallen out of love with Nintendo over the last few years. But there's nothing charming about having your mouth taste sour and bitter. So keep those tiny games outta your mouth.

iPhone 8 Rumors A new report from DigiTimes says the new upcoming iPhone, nicknamed iPhone 8, will use biometric technology including ultrasound. We've already heard that the device will lose its home button. Now we're hearing that the smartphone will have a fingerprint sensor device in its display. 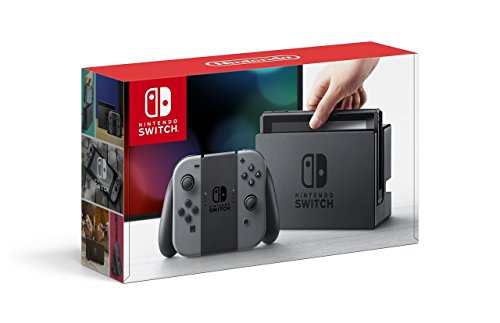 Dislike Button Facebook has launched a dislike button—but only in Messenger, and only for a small select group of users. The button is a simple thumbs-down emoji. Facebook has long avoided adding a dislike button to its main social media product, instead launching reactions allowing for people to give more detailed reactions to posts. Other reactions in Messenger are new as well and include smiling and sad faces as well. (Via TechCrunch)

Alexa Voice Amazon may be looking to launch a new Alexa device with the ability to make phone calls, just by telling Alexa to place the call. The feature will also allow people to speak to other people with Alexa-enabled devices, like a walkie talkie. No word on when this launch but the device is reportedly already being tested. (Via Recode)

Robot Wars What kind of robot will you have in your home? Do you imagine Rosie from The Jetsons? Or perhaps you're more in kind to want something like Jarvis. GearBrain's smart home expert Stewart Wolpin takes a look at where we are today with our robot advancements—and where we're likely to go in the next few years.