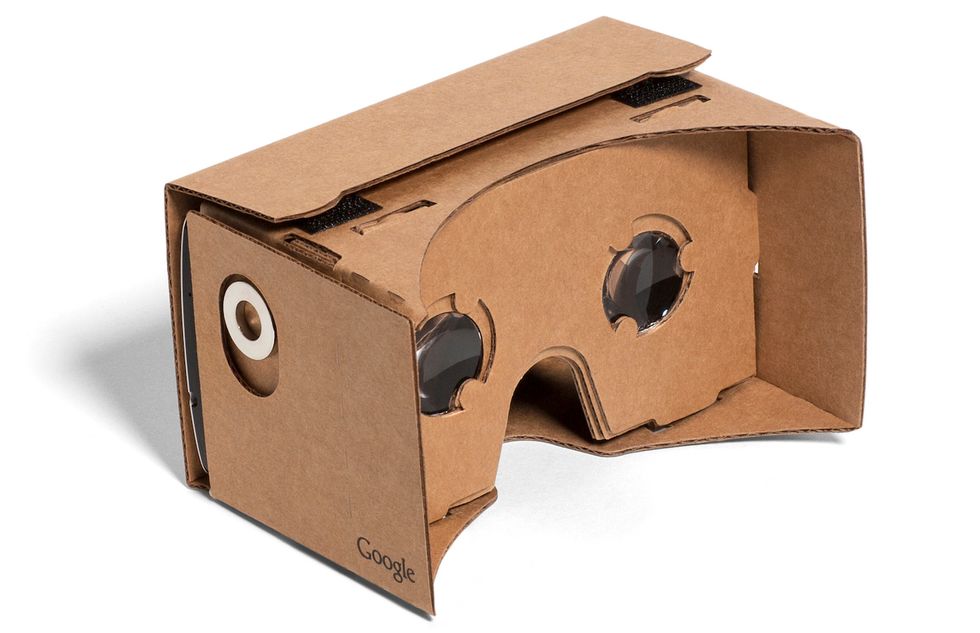 At its Google I/O conference in 2014, Google handed out packets containing pieces of cardboard, magnets, and a couple of lenses to a few thousand attendees. At first, people thought it was a joke — or at least a snide reaction to Facebook's $2 billion purchase of the Oculus Rift three months earlier. How can a few pieces of cardboard stack up against a virtual reality headset costing hundreds of dollars?

Then Google posted instructions on building your own Google Cardboard from whatever you had lying around — like a pizza box.That didn't help. But the logic behind it was simple.

Palmer Luckey, an 18-year-old flip-flop-wearing, college dropout living with his parents used cell phone parts to create his first Oculus Rift prototype. The motion trackers that smartphones use to know when they're being tilted can tell VR headsets where a user is looking. The smartphone screen can provide the display. The only non-phone parts required are lenses, to stretch out the screen so it feels that it fills your whole field of view, and a controller of some kind.

Two Google employees working on their "20 percent" hobby projects simply cut out the middle step — disassembling the phone for its parts. And the Google Cardboard was born. Just a box made out of any material, such as cardboard, and two lenses.

Here's how the headset works: The display screen is split into two halves. The left side shows one image to the left eye, and the right side shows a slightly different image to the right eye, creating a 3D effect. The rest is in the software, which is a free app also called, conveniently enough, Google Cardboard.

Half a million Google Cardboard headsets had been shipped — plus manufacturers started making them from materials by December 2014. But the basic design remained the same, so prices stayed low. The Oculus Rift wasn't even on the market yet. The crazy joke turned into a real product.

Here's how they stack up today. 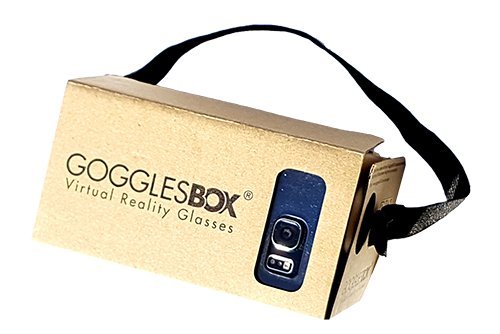 Pros: The cheapest of the two options, this one has been around the longest

Cons: You usually have to assemble it yourself, and it doesn't fit the larger-sized phones

The number of Google Cardboards and compatible headsets now number around 16 million — and that's before the holiday shopping season even started. Where can you get one?

The easiest thing to do is go to Amazon and search for "Google Cardboard" where generic versions start at less than $3.

Since they're made of cardboard, there's no particular reason to pay extra for a more expensive brand-name set ones from I Am Cardboard or KnoxLabs. Instead, get the lowest-cost set, play around with it, and decide whether you want to invest a couple of bucks more in something a bit more durable.

The only thing to keep in mind is to check what size phone the headset can hold. Some are larger than others. Ideally, you will want one sized just right to fit your smartphone, or maybe a little bit bigger so that it fits easily without you having to take the case off. 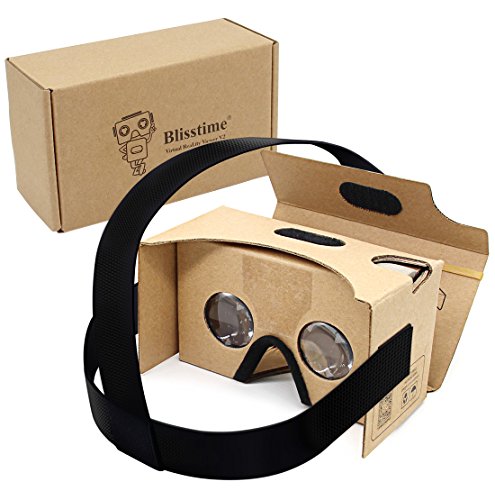 Cons: Costs a bit more and can be tricky to find

At the Google I/O conference this year, Google released an updated version of its Google Cardboard headset. Unlike the Google Cardboard V1 headset, there's no assembly required. The headset just opens up and folds into shape. Plus the magnetic button on the side — which usually falls off quickly, and doesn't work with all phones — has been replaced with a better button on top of the device, which can't fall off, and works with all phones.

Again, double check the supported phone size. Look for a headset that's designed to fit phones just a bit bigger than yours. And check that you're not accidentally getting a Google Cardboard V1 headset by looking to see whether it has a metal button on the side, like the V1, or the button on top, like the V2.

Bottom line: If you're looking for a taste of virtual reality, spend a couple of extra dollars on Google Cardboard V2. But if you're looking to spend $20 or more to ensure you get a head strap or adjustable lenses, you might as well upgrade to one that's made of plastic, not cardboard. (Just check out GearBrain's Fiit VR: The Best Low-cost Headset Yet)

(To learn more about vr headsets, check out GearBrain's 10 Questions About Virtual Reality Headsets Before You Buy as well as Samsung Gear VR vs. Google Cardboard V1 & V2: The Best VR Headsets You Can Buy)