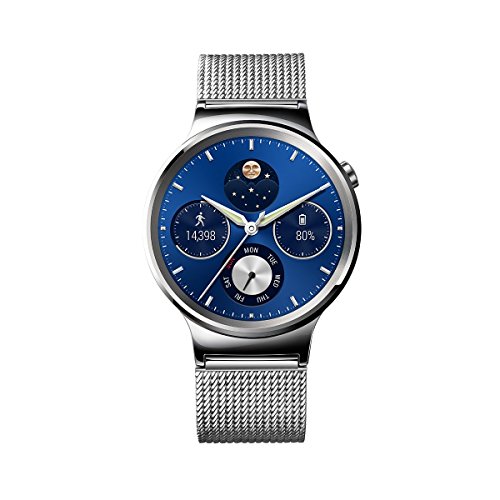 Anyone looking at the Huawei Watch can see that the smart device is a beautiful object. A large, hefty watch, the device wears well on the wrist: noticeable, weighty. You feel you're carrying something on your arm that deserves to be there. And from the first day I started wearing the watch, I got compliments.

An Android device, the Huawei Watch like many of Huawei's products, do integrate into an iOS environment. Which is how I tested the watch—seeing how easily I could use its features when paired with an iPhone 5S.

I chose to test a Huawei Watch with a stainless steel casing and leather band. You can also choose options including a stainless steel watch band, Swarovski crystals and rose gold-plated detailing among other features. I went clean and simple.

Pairing to your iPhone

The smartwatch set-up easily. You start by pairing your smartphone with the device by downloading the Android Wear app. I found this app must be open for my borrowed Huawei Watch to work with my iPhone. And I will come back to this issue later. But for now, I liked the app because you can change the watch face on the Huawei Watch just by sliding through options inside the app itself. Yes, the watch face can be changed on the Huawei Watch as well. But the larger interface of your smartphone makes this easier to do.

Customizing your watch face is one feature many smartwatch wearers enjoy. That ability is not unique to the Huawei Watch—but certainly the options specific to the device are beautiful. I leaned towards one of the more popular options, the Moon Phase for the bright blue colors and its details of stars, and keeping track of steps, date and battery life right on the front.

The device only held its charge for about one day. I know it's advertised to last two full days. But I found one day was about all it would hold unless I barely touched the watch nor used the features. Luckily the charging platform is small, round and attaches to the back of the Huawei watch through four small pins.

Working the Huawei Watch takes some getting used to at first. There's a large button on the top right of the rounded face. This brings up the watch face, much like your power button on the your smartphone. The button had some looseness to it—sometimes it felt I needed to push it more firmly. Yet the button always worked.

But the main features of the Huawei Watch are accessed through touching the watch face—a touch screen that works similarly to your smartphone. After pairing with my iPhone 5S, the Huawei located and pulled up multiple apps in my iOS ecosystem from Instagram to Life360, Lyft, Pinterest and my email. Scrolling up right from the watch face, brought me alerts on each of these apps—the most recent email, for example. Or the last like I received on one of my Instagram posts. Don't want these details on your smartwatch? Huawei allows you to block the app just by sliding to the left—a nice option.

You can also get notified about a call coming through. That was fun—I could accept or reject the call. But accepting the call opened the line on my smartphone. Most times, I inevitably ended up rejecting the call accidentally and then had to dig my phone from my bag to re-phone someone back.

To bring up more details, you start on the watch face and scroll left. There you can access your agenda, change settings, check your steps, and bring up fitness tracking features. You can set an alarm, bring up a flashlight (which really just illuminates the watch face), and also open Google. My problem turned up immediately.

iOS in an Android space

I wanted the watch to act as a surrogate for my iPhone—allowing me to keep my smartphone in my bag but still access some of its critical features. But. Without the Android Wear app open the watch would not bring up those details. Instead, it would alert me on the front of the watch to Touch to Reconnect. Every time my iPhone went dark. Which was every few minutes. You can keep the app running in the background. Other apps tend to this such as location trackers like Life360. But do keep in mind that this is a battery drainer for your iPhone. Keeping an extra battery around as a backup is well advised.

I attribute this hiccup to the Android Wear app rather than Huawei's issue. But for me, that made the smartwatch not the smartwatch I needed. Which was a shame. I am personally not a fan of the Apple Watch design. A traditionalist, I really gravitated to the Huawei Watch specifically for its look and nod to standard wristwatches. At under $200, the device is also well-priced. It's even cheaper than a Apple Watch Series 1.

But for iOS users, the Huawei Watch, and for that matter other Android devices, bear in mind that anything that connects via Android Wear is not an easy pairing. At least now. 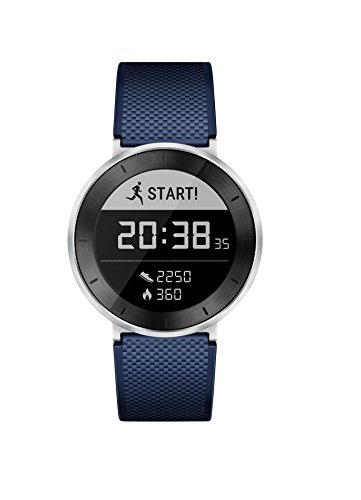