Take a virtual swim with fish with Tap Tap Fish

Tap Tap Fish virtual reality app is like immersing in a relaxation chamber without ever leaving home.

Pros: The game is relaxing, VR can make it immersive, and it's casual enough to put down or pick up any time you like.

Cons: The gameplay can get repetitive, aside from acquiring items there's no real objective, VR is minimally interactive.

Tap Tap Fish, (available for iOS in the App Store or for Android devices on Google Play) is a low-intensity game geared toward building up your Lonely Coralite to host different types of coral, while also providing refuge for vibrantly colored tropical fish. Items in the game create Vitality, which can be collected for use to buy upgrades or new fish. The music of the game features calming piano music and sounds similar to whale songs. The fish float lazily around the screen, swimming above, below, and through your Coralite. Multiple fish of the same type will also school, creating pleasing shapes and a soothing scene that's endlessly in motion.

Tap Tap Fish on the Manage Stone screen and the basic viewing screen.

As nice as the app might sound, however, you might not think of it as a key candidate for virtual reality (VR) technology. but the creators behind Tap Tap Fish saw an opportunity for a different niche in the VR market. While we usually associate VR with complex role-playing adventures or death-defying storylines meant to push us out of our comfort zones, this simple app reminds us that there are other ways to enjoy this technology. With Tap Tap Fish, this means entering your own personal ocean aquarium. 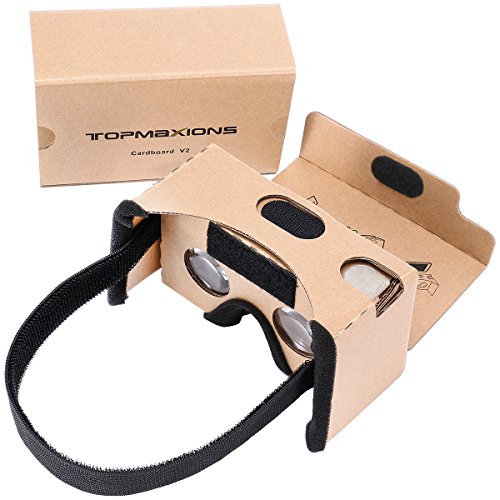 When enabling the VR feature, the game will first ask you to put your phone into a Cardboard or other VR headset. From there you are transported under the sea and right in the middle of a thriving coral reef. While you can't interact with the Lonely Coralite, you can get a 360-degree view of your underwater eco system at work.

What the game's VR screen looks like before putting your phone in the proper device.

The images don't look like much on your computer screen. But in VR mode—and with your phone in the proper device—you'll feel like a scuba diver, visiting an underwater world with vibrant coral and tranquil fish. The effect is incredibly relaxing.

This simple use of VR reminds us that the technology doesn't have to be about flashy games and extreme situations; virtual reality is still a mostly as-yet-untapped resource, with many uses beyond what we may think of as obvious, including calming and possibly anxiety-reducing applications. How else VR might be used in the future may surprise us, but right now it's nice to know that for those who want a less intense experience, who aren't into more complicated gameplay, (or even those of us who might suffer a little bit of vertigo when putting those VR glasses on) there are other uses of the technology that are accessible to nearly everyone.

Tap Tap Fish has tapped into this relaxation niche and created a beautiful and soothing experience for its users. And the game's innovative use of the technology makes it clear that there is potential for a less intense—but still completely immersive—VR experience.

-Kelsey Fox is a born-and-raised Arkansan who moved to the Northeast for a taste of that big-city life. After receiving her Master's from NYU, she began teaching reading and writing to non-native speakers of English at the university level. She is also a busy freelance writer and an avid gamer.