Ringly Is The iPhone Decoder Ring You’ll Want To Wear

A Smart Jewelry Launch For the Non-Watch Wearing Set 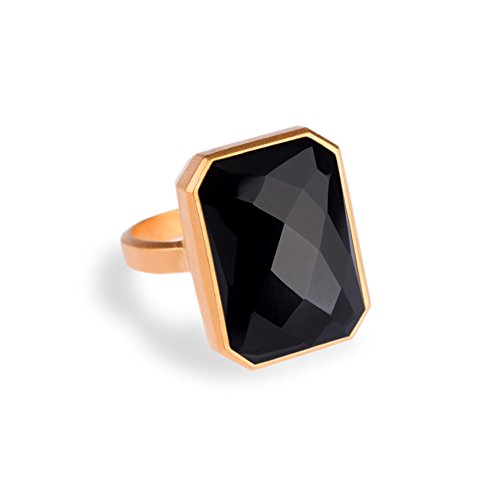 Pro: fun, flashy, lots of options plus easy to order and wear

Con: connectivity is temperamental, and no returns if you order the wrong ring size

Who's not guilty of spending a little too much time on our devices? Disconnecting — or the appearance of such — for a significant other, or someone we're trying out for that spot is sometimes on the menu. But what if the boss sends a must-read-now email? Or a bestie pings with gossip? Or last week's date wants to know if you're up for drinks?

Ringly is looking to fill that gap as one of several smart jewelry launches that vibrate and flash when you've received calls, texts or emails. The conceit with Ringly? A bauble you'd wear even if the device wasn't on a secret mission.

Six precious and semi-precious gemstones make up the collection with names from romance novels: Daydream (rainbow moonstone), Wine Bar (pink sapphire), Stargaze (black onyx), Into the Woods (emerald), Out to Sea (lapis) and Dive Bar (quartz threaded with tourmaline). You can even order the device by ring size. I went with Daydream — frankly because it was the only one available when I pre-ordered the device.

The jewel is fairly large — larger than I normally wear — and set in either 18-carat gold or a muted brass setting. Even the packaging delivers through on the story: its charger hinges open like a jewelry box, complete with a padded top to protect the crystal.

The ring has some heft, and at $195 probably should. Mine slid a bit on my finger, likely because I ordered the wrong size. The device also sat fairly high, like a princess ring, which for some people won't be an issue. But I'm more of a low-profile jewelry wearer and the web site's images didn't convey to me how tall the ring would end up appearing. 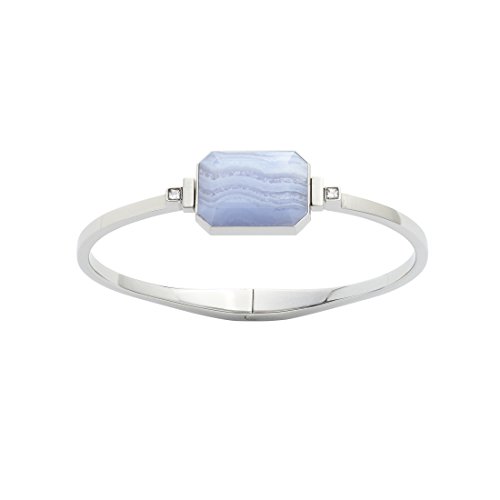 I immediately downloaded the app — Ringly works with iOS and Android — and connected with my smartphone via Bluetooth. The app walks you through each step, including how to set up notifications.

A small light on the side of the ring flashes different colors depending on alerts you want. You can also program the device to vibrate. Besides basics like email, text and calls, you can also get messages from social media sites including Pinterest, LinkedIn, Instagram, Facebook and Twitter plus other apps like Viber and MyFitnessPal.

Ringly has to stay within 20 to 30 feet of its connected device. In other words, you've still got to cram your smartphone in your purse. And that's if the ring stays connected. Over a two-month period, if not in active mode, my Ringly managed to disconnect nearly once a hour. And I was within two feet of my iPhone at all times.

When the ring did work, I sometimes missed the flash of color. Vibrating seemed to be a better alert, at least for my needs. And I certainly got a lot of questions about my jewel.

As far as practicality goes, I like the idea of a connected ring far better than a necklace or a sports watch. I'm not above wearing costume pieces (nor is my budget, honestly) and when I want alerts, I don't want them on my wrist ala Dick Tracy. The design, for me, works. The technology? Still needs a little sprucing up. 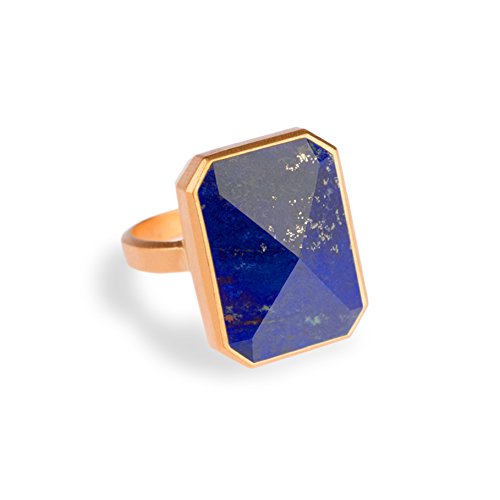