Telling a Roomba robotic vacuum cleaner to avoid certain areas - like your dog's food and water bowls - used to require cluttering your floor with Lighthouse accessories. But now there is a simpler way.

A new software update for all of iRobot's i-series and s-series Roombas, as well as the Braava Jet M6 mopping robot, lets you tell the robot exactly where to avoid.

These flagship Roomba already create a plan of your home, which you can view in the app. With the software update, you can now draw red boxes of any size and shape, then place them on the room plan. Doing so will prevent the robot from driving into these so-called 'Keep Out Zones'.

The robots already have sensors to stop them falling down the stairs or off ledges, but preventing them from other areas is still a useful (and free) addition to their feature set. We mentioned pet food and water bowls above, which can be avoided to prevent spilling - or annoying your pet.

Keep-out zones could also be set up to stop the robots going into certain rooms without you needing to close the doors first, or venturing under particularly low pieces of furniture where they might get stuck. We can also see the feature being useful if you don't want a Roomba bumping into a particularly fragile or valuable piece of furniture.

Another new feature rolling out this week to Roomba i- and s-series robots, and the Braava Jet M6, is called Smart Charge and Resume.

These robots can already recharge their batteries if extra power is need to finish a particularly long cleaning job. But with the new, smarter feature, they can now charge their batteries for exactly the right amount of time to get the job done. This is a better solution that before, where the robots would recharge to 100 percent before continuing, even if they only had a small section of one room left to go.

The new system reminds us of how the navigation systems of some electric cars tells the driver exactly how long to charge for at each stop to reach their destination, instead of filling the battery each time.

Finally, iRobot has extended its Imprint Link technology to the Roomba 900 Series robots. With this update, they can now work in partnership with the Braava Jet M6 robotic floor mopper. That way, the Braava will automatically start mopping the floor when the Roomba has finished vacuuming.

In a LinkedIn post to customers, iRobot chief executive Colin Angle said: "It's extremely exciting to watch the magic of spatial awareness pay off in brand new, no cost features for our robots. But what's most exciting is that this is just the beginning. Keep an eye on your iRobot Home app for even more features to appear in your robot." 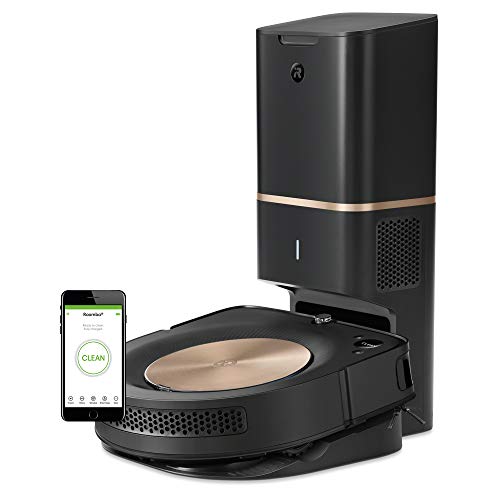