One of Waymo's latest videos shows how the self-driving car reacts when it detects bicycles nearby. The video is split between what the camera on the Waymo self-driving car has recording — and the sensor data which breaks objects including cars and bicycles into different objects on its screen.

Waymo says that its "…cars are designed to anticipate how other cars, cyclists, and pedestrians will behave and then adjust accordingly," the company wrote on its YouTube page. 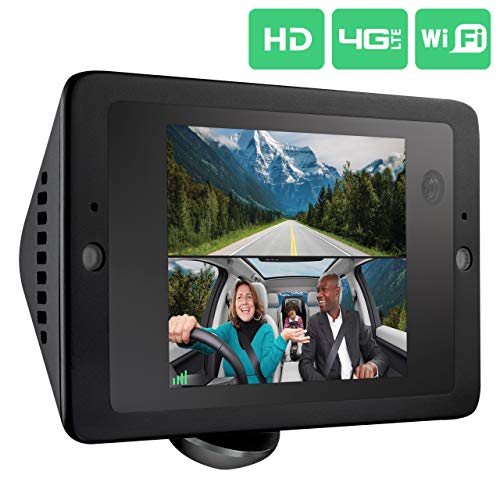 In the short, 17-second video clip, the Waymo car slows down as two bicycles move out of a bike lane and into the right hand lane where the Waymo vehicle is approaching.

The bicycles are shifting out of the way because another vehicle has blocked the bike lane. Detecting these movements, the Waymo car slows down and allows the bicyclists to move into the lane and pass before speeding up again.

Through the sensor view, the two bicyclists are shown as red bricks — and their predicted path that Waymo assumes they'll travel is shown as a red dotted line. The car blocking the lane? That's in purple, as is another car that passes quickly on the Waymo's left.

Waymo, which says it's driven more than 10 million miles, just received the go-ahead to start testing its driverless cars on California's public roads in October from the state's Department of Motor Vehicles. It was the first company to get permission from the DMW after new rules passed in April 2018 giving the go-ahead.

Waymo's technology continues to evolve, says the company, with its cars now able to read and understand hand signals from police officers. This could include traffic officers directing and pointing at cars to move along.

Cyclists present a challenge for cars on the road — let alone self-driving cars. Motor vehicle crashes accounted for 840 bicyclists deaths in 2016, according to the National Highway Traffic Safety Administration. That's an increase from the 829 bicycle riders who died in 2015.

Evening commuting hours — between 6 and 8:59 pm — "had the highest percentage (compared to all other 3-hour periods) of pedalcyclist fatalities…," said the NHTSA.

By putting self-driving cars on the road —without drivers behind the wheel to potentially react to pedestrians, other cars and bicyclists — car makers and tech firms, such as Waymo, are looking to reassure people that their vehicles are safe around anyone, and anything, around them.

"Our technology is able to perceive and accurately classify different road users which, in turn, allows our self driving vehicles to predict their behavior," said Waymo in a Medium post. "Our path planning software then interprets this information to chart the safest driving path, many times per second."