Yet another box to sit by your television

Amazon's latest Alexa device means you can now ask the voice assistant to change your TV channel, switch inputs, or adjust the volume.

As well as communicating with televisions, the device can be used to command your sound bar or cable box. It works with such a broad range of devices because it uses industry-standard infrared technology to send signals to your TV, cable box and sound bar.

In a world with Bluetooth, Wifi, Zigbee and more, you might wonder why decades-old infrared still has a place in today's smart home. But, in an application like this, it means Amazon can make a cheap device which performs simple tasks with a huge number of devices, with very little setup required.

There is no microphone or speaker inside the Fire TV Blaster, so it cannot be used to communicate with Alexa directly. Instead, readers interested in the new product will also need to have an Echo smart speaker or smart display in their home, and have a Fire TV streaming stick or box connected to their TV.

The three devices can be bought in a bundle for $80Amazon

If you already have both of those devices, then adding the TV Blaster to your Wifi network and placing it within line-of-sight or your TV will give you enhanced Alexa control. You can ask the assistant to adjust the volume, or switch inputs from HDMI 1 to HDMI 2, for example, or change the channel of your cable box.

It's an admittedly small set of features, but for $35 we can see the appeal for smart home owners who are already invested in Amazon's Echo and Fire ecosystems. 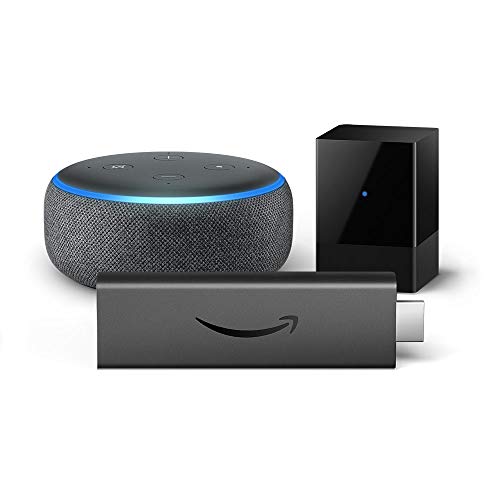 That said, blasting infrared at your TV does feel a bit like a hack rather than a more polished solution. If the box isn't set up in the right place, then IR signals can fail to reach their target (a problem shared by other IR devices). We wonder if Amazon has plans for a low-cost television of its own, with Alexa, Fire TV and full voice control baked in. This we feel would be a far more seamless solution than tacking on a Fire TV, plus the TV Blaster (and have an Echo in the home too).

The Fire TV Blaster is available for preorder now and will begin shipping from December 11. It is priced at $35, or can be bought in an $80 bundle which includes the necessary Fire TV 4K streaming stick and Echo Dot smart speaker to get everything working.