Amazon's Bezos plays with giant robot toy because that's what giant CEOs get to do.

Amazon bot Jeff Bezos climbed into a giant 14-foot robot suit to terrorize everyone at Amazon's invite-only MARS conference in Boston. The robot, built by Hankook Mirae Technology, didn't actually scare anyone, although a nearly two-story tall mechanical machine with pincer hands is worth keeping in your peripheral vision. And Bezos himself made an illusion to actress Sigourney Weaver's metallic costume in "Aliens". Some news reports say the robot is actually a fake, and can't walk. Bezos was shown to make the arms move, but it's actual mobility—in other words, whether it can walk across your lawn and pluck you from the inside of your home—not happening, for now. (Via The Telegraph)

I just got to pilot an awesome (and huge) robot thanks to Hankook Mirae Technology. Nice! #MARS2017 pic.twitter.com/MvN6ghEYFi
— Jeff Bezos (@JeffBezos) March 20, 2017

Instagram save As on Facebook and Twitter, you can now save live videos on Instagram. While they once disappeared, the short flicks can now be stored on your Instagram feed to pull up later—bit comments and likes? Those disappear when the live moment ends. (Via PC Mag)

iPhone rumors Yes, we're back again with new rumors for the iPhone 8, this time courtesy of Korea's etnews which says the expected smartphone to feature a "water drop design" said to resemble the very first iPhone. The site reports that the casing will curve on all sides but flat on top while the back will be curved and also covered with glass. While this is the year of the 10th anniversary of the iPhone—and most analysts expect the company to working on a new iPhone—Apple has yet to confirm, or deny, that anything is in the works.

Apple updates Then again, a notice on the Apple Store about upcoming maintenance has people buzzing that some new products (new iPad anyone) could be launching as early as today. Apple's own system status notes Apple Store will be down from 3 am today until 8:30 am this morning, to be "updated" as well as Photo Print Products. A new iPad/printing gadget? All to be revealed in the next few hours.

SkyBell review We think video doorbells are the answer to all your at-home security (and TV watching needs)—letting you check from a smartphone or mobile device without moving from the couch. We put SkyBell's HD Wi-Fi video doorbell through its paces, and we were surprised by what we found. 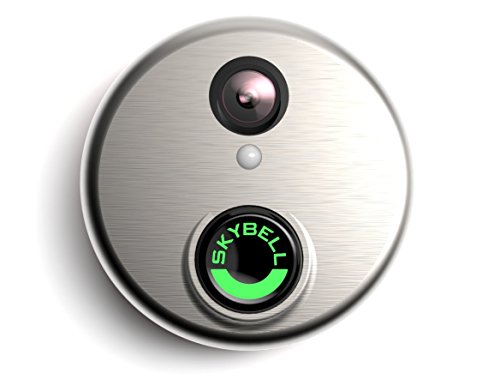