Now we know why the Wyze Cam lost its AI provider: Apple bought it

The $20 Wyze Cam loses its AI features this month, as Apple buys Xnor.ai, the company behind the tech.

In late 2019, budget smart home company Wyze announced that it would have to remove a key feature from its popular $20 home security camera in early 2020.

At the time, the company didn't explain exactly what the problem was, but that Xnor.ai, a fellow Seattle company and artificial intelligence startup it had relied upon for the camera's person-detection feature, had decided to trigger a break clause in its contract with Wyze.

This meant the imminent removal of Xnor''s AI technology from the Wyze Cam, which Wyze said would be replaced by free AI tech of its own later in 2020. Only the Wyze Cam V2 and Cam Pan are affected; the company's other products, like its sensor kit, light bulbs and new door lock, are not affected as they do not make use of AI from Xnor. Wyze's website also no longer mentions the cameras' AI features.

Now, we know why Xnor suddenly had to cut ties with Wyze. Apple has acquired the AI startup for around $200 million. 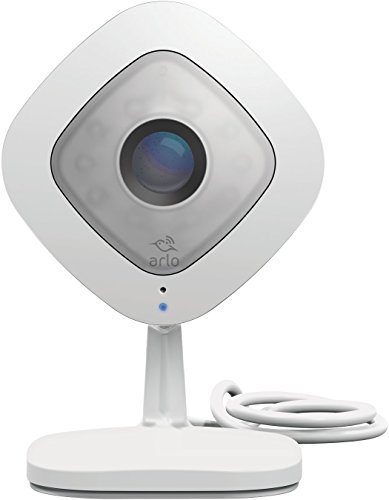 GeekWire reported on the acquisition this week, stating that Apple paid roughly the same for Xnor as it paid for Turi, another Seattle based AI startup it purchased in 2016 for roughly $200 million. Apple gave its usual acquisition statement, saying: "Apple buys smaller technology companies from time to time and we generally do not discuss our purpose or plans."

Xnor was spun out of the Allen Institute for Artificial Intelligence, also known as AI2, which was created by Microsoft co-founder Paul Allen. Xnor is an AI company which specializes in edge computing, which is where the artificial intelligence is processed by the device itself, instead of in the cloud. This meant the Wyze Cam was able to spot a person using its own processing power, instead of uploading footage to the cloud for constant analysis.

The AI feature only came to the Wyze Cam last summer, as a free surprise software update. But now, with Apple at the reigns, the feature is being taken away again via a forced firmware update issued by Wyze.

It is somewhat unusual for an acquisition like this to result in the immediate shutdown of a service, but with Xnor providing its technology to Wyze, rather than offering it as part of its own products, the situation here is more complex. That, and Apple clearly wanted a clean start with Xnor right away.

As for when Wyze's free new AI system will land, an employee on the company's support forum said on January 14 the update is "making great progress," but they added: "I'm not sure when it will start moving through the test cycles."