The device claims to offer a 90-degree field of view and a resolution of 2.5K. It has USB and HDMI ports for hooking up to either a smartphone or computer to handle the processing of AR content, making it a cross-platform headset.

If the company's 90-degree claim comes true, then this will give the headset a major advantage over the Microsoft HoloLens, which only offers a field of view of approximately 35 degrees in its current form. Microsoft has said it plans to double this to 70 degrees for version two.

San Mateo, California-based DreamWorld says it wants to make augmented reality "accessible to everyone" by offering its headset at a relatively affordable price. The company also claims it is "preparing the inventory" and expects the first DreamGlass units to ship to developers by late June.

Aimed at both the consumer and enterprise markets, the headset can be interacted with in a number of ways. First, movement of the wearer's head is tracked in three dimensions; the headset also understands hand gestures with an infrared camera, and it can be controlled via the touch screen of compatible smartphones, which act as a hand controller.

There is also a front-facing HD camera with microphone, and DreamWorld says the device weighs just 240g, although it admits this may change slightly before shipping begins.

DreamWorld is launching the AR headset with a software development kit (SDK) based on Unity, the popular video game engine, and the kit works with both Windows and Android.

The focus here is on the DreamGlass' price, which is considerably lower than that of the $3,000 HoloLens. Meanwhile, those behind the mysterious Magic Leap AR headset claim they will sell multiple versions, but the cheapest will share its price with a high-end smartphone, so likely in the $800-$1,000 region.

DreamWorld says it "believes that by providing an affordable, high quality AR headset, developers have more opportunities to bring their content to life and provide the push needed to get AR to the mass market."

So far, virtual reality has enjoyed the larger share of the limelight, thanks to high-end headsets like the Oculus Rift and HTC Vive, but also because the technology works on cheaper devices like the Samsung Gear VR and Google Cardboard. Because AR blends the real world with a virtual one - instead of purely relying on a digital display - it is a more complex and inherently more expensive technology to develop.

But it is also where many, like Apple boss Tim Cook, believe the future lies. Examples of AR include Google Glass and Microsoft HoloLens, but also extends to hit mobile games like Pokemon Go and mobile apps like Ikea Place.

DreamWorld founder and chief executive Kevin Zhong said: "There is so much potential in augmented reality, but the hardware limitations and steep price points of headsets available today have not made it easy for developers to fully contribute to the ecosystem. Through the DreamGlass, we hope to be the guiding light for all developers - providing them with an accessible top-quality platform to create top-quality content." 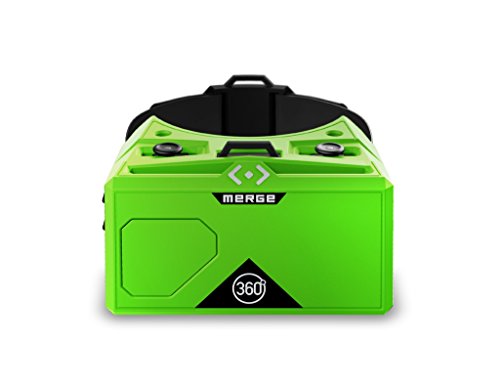