How to protect yourself when drones go rogue

In the wrong hands, drones can steal more than your peace and quiet.

Fog bombs, smart blinds and blankets— all are tactics used to thwart that annoying whirl in the sky: drones. As fun as these weekend toys seem, drones are also sophisticated spying tools hovering near test tracks, over stadiums and right outside penthouse windows. Until you're personally buzzed by a flying robot, understanding how meddlesome drones can be is hard to explain. But Phil Pitsky tries his best.

"It feels extremely invasive," says Pitsky, federal business development lead for drone deterrent system Dedrone and based in Sterling, VA. "Once it happens to you you realize how much it violates what you believe."

And while you may believe that you have a right to keep drones out of your business, that's not always simple. Yes, the Federal Aviation Administration (FAA) has specific rules about where unmanned aerial vehicles (UAV) can, and can't fly. But it's hard to catch drone pilots who break those rules — particularly those who already know they're bending them by snapping a photo of a new test car, or grab images of someone living in a high-rise apartment.

Drones hovering outside of windows happens more often than you may think.iStock by Getty Images

Take one of Dedrone's clients in Germany — a prestigious test track (and no, Pitsky won't give up names) that has an unusual way of protecting cars at its facility from drones. Indicators are placed in test cars, which light up when a drone's spied, letting the driver push a button — setting off a fog grenade under the vehicle. That cloud-coverage gives just enough time to pull the car over, and cover the entire thing in blankets: Not high-tech, but efficient.

High-rise apartments prove another problem: drones hovering outside windows are often silent, at least to those inside. Sound-proofing and city noise can make it hard to hear the whirling blades — plus it's rare for someone to be gazing out their window, hawking for a drone that may be hovering nearby.

Drones can be kitted out with better cameras than your smartphone.iStock by Getty Images

That maneuver, drones sent to spy up high, happens more often than you might think — sometimes even weekly, says Pitsky. A drone detector going off inside a home can give a client enough time to shut smart blinds with the click of a button. There's nothing then to see — and nothing to photograph. (And if you think your smart phone camera is good: Drone cameras are even better, says Pitsky, who spent eight years with Boeing in its defense division, and ten years with the United States Navy.)

Is your air space secure?

While people may think their home is their castle — and drones are automatically violating their rights if they fly too close — that's not always the case. Thanks to a ruling, United States vs Causby, people do have the right to assume they own the immediate air space over their homes — but only just.

The case stems from Thomas Lee Causby, a chicken farmer in Greensboro, NC, whose chickens flew into walls — and died — terrified by U.S. bomber planes flying so low during test runs, at 83 feet above the property, that they blew the leaves from trees in May 1942. Causby's chickens died, he lost the farm, sued the government — and won.

But the problem, though, is the FAA says drones can fly as long as they stay below 400 feet — and that's a lot of air space to maneuver, legally, around. Plus drones flying 50 to 100 feet above head, says Pitsky, are extremely difficult to hear.

So what's a person to do? For one thing, don't be like this guy in Kentucky who shot down a drone he thought was spying on his daughters. There are devices on the market that can jam a drone's signal (like DroneDefender from Battelle in the video below), cutting the device off from its controller and disabling its GPS. But they're not exactly legal, according to the Federal Communications Commission.

If you hear or see a drone floating nearby, overhead or outside your window — pull the blinds, absolutely. But also think about shutting down computers (screens can be photographed), and shutting down the Wi-Fi. Drones can carry hacking devices used to record keystrokes and breach Wi-Fi and Bluetooth connections.

Ultimately, though, the goal should always be to find the drone pilot — a tool Dedrone says its working on for its system — tracking and locating the person flying the UAV so they can be turned into authorities. Find the source, says Pitsky, and you solve the overall problem.

"To us the ultimate counter measure is to protect yourself and infrastructure," he says. "But you also want to find the root cause and the offender." 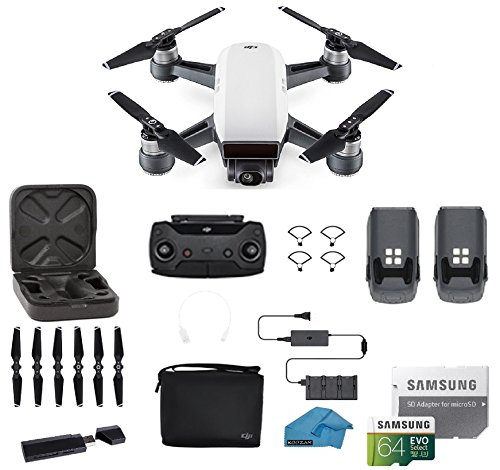