"Silicon Valley" season 4 is all about the virtual reality

Silicon Valley The uber-geek show of the last few years, Silicon Valley, is back—and the teaser for its upcoming season is all about virtual reality. Yes, Richard Hendricks appears to be going into VR after being booted from his startup Pied Piper. How, and what role will VR play in the next phase of everyone's favorite entrepreneur? We don't know. But the VR headsets Hendricks sports are far from rad.

A much cooler version of VR goggles? Those on the head of an ostrich in the new Samsung Gear VR advertisement, where the flightless birds dons a set of goggles, has an experience and then, well, you'll have to watch. Let's just say this is an ad that held our attention. But nothing beats the boys of "Silicon Valley." And here's the trailer for Season 4 just to prove it.

Samsung Galaxy S8 New Galaxy smartphones are here. And consensus is the new devices are fairly cool. (And let's face it—Samsung needs this after the Galaxy Note recalls over the past few months.) The displays on both the Samsung S8 and the S8 Plus are curved with screens almost to the edge. There's also a new digital assistant in town: Bixby, Samsung's own and meant to go head to head with Siri, Alexa and Google Assistant. The phones will start at $750—and launching April 21.

Smart Security In our never-ending quest to find the perfect smart home security system, we take apart the iSmartAlarm system. Our thoughts? Let's see: no monthly fees, free cloud storage, no contract, and excellent HD video. Yep, we like the iSmartAlarm a lot. 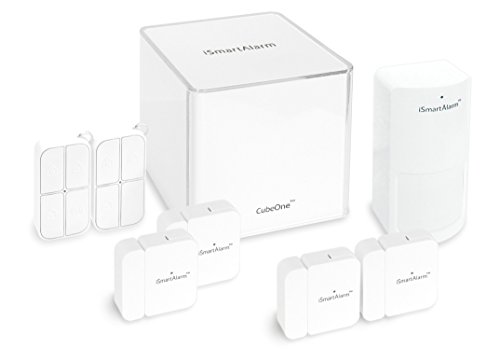