That Twitter troll harassing you could be a bot, plus we tell you how to re-grout your bathroom virtually this Monday.

Twitter Bot Chances are one in eight that the Tweetstorm you're having with another Twitter handle may actually be a robot. So says a new report from the University of Southern California which now estimates that anywhere from 8 to 15 percent of "active Twitter accounts are bots," write the authors. The researchers actually used an online tool (free on the web) called Bot or Not, from the Truthy Project out of Indiana University's in Bloomington, IN to assess accounts. With 313 million active Twitter users, that translates into upwards of 48 million accounts on Twitter at any time tweetboting away. (Delete your account.)

Flat V. Curve The curved OLED screen for the upcoming iPhone is all anyone can talk about. (This despite the fact that Apple has yet to announce a new iPhone for this year.) But now MacRumors says the curve may be trimmed down—and to expect a flat display for the hyped iPhone 8. A curved screen vs. flat screen is not something that's likely to temper excitement for a new smartphone. But for some who have waited years for an upgrade choice (no names here), a flurry of seriously exciting features need to be on Apple;s menu.

VR grout Lowe's wants to get everyone grouting their bathrooms—or so it seems. The company is launching a new virtual reality app that helps customers get a sense for laying tile, grouting and other things one does when re-doing their bathroom. Lowe's demo will work with the HTC Vive and have already launched at its Framingham, Mass store, and are planning to install two similar experiences in Canada next month, and another in the U.S. at some point in the future. (Via Fortune)

Driverless cars California's Department of Motor Vehicles (DMV) has finally said self-driving cars can hit its roads—without a driver. Also not needed? Steering wheels, pedals—anything that makes the car controllable by a driver. The DMV says that any car without these elements (yes, including a human body) must be approved by the National Highway Traffic Safety Commission. We've told you this before: Self driving cars are coming.

Kwikset review We put some muscle into our test of Kwikset's Premis Touchscreen Smart Lock. If you're in the market for a new smart lock, you'll want to read our review. 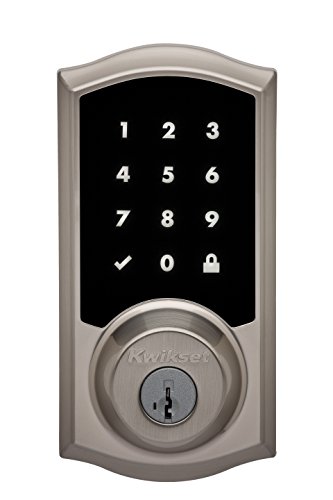