Due way back in April, the blinds are now expected "later this year".

Ikea's cut-price Fyrtur motorized blinds have been hotly anticipated by smart home builders for much of 2019, as they promise to seriously undercut much of the competition.

But their release date - especially in the US - has been repeatedly delayed without a clear explanation as to why. First announced in late-2018, the aggressively-priced blinds were supposed to arrive back on April 1, but were then delayed until later in the year.

After this, Ikea said they would go on sale in the US on October 1. But that date has come and gone, and now the Swedish furniture retailer has reverted back to its "later in 2019" stance, reports The Verge.

This will be particularly frustrating to US readers and smart home builders, as the blinds are now on sale in the UK without delay. Ikea also sells a second, cheaper smart blind in the UK, called the Kadrilj.

We still believe these blinds will be worth the wait, however, as with an expected US price of between $129 to $179 (depending on size), the Ikea Fyrtur will seriously undercut the established competition. As we have previously reported, smart blinds tend to cost in the region of $300 to $500 per window.

Even retrofitted motors for your existing blinds cost around the price Ikea is charging for a complete blind, motor and mounting kit.

The Ikea blinds are part of the company's Tradfri smart home collection, so can be controlled by the smart home app of the same name, or with the included physical remote control. A Tradfri hub is not required to use the blinds, but if you do fit one to your Wi-Fi router, you'll get to control the blinds via Amazon Alexa or Google Assistant, and have the blinds work alongside Ikea's smart light bulbs.

The listing for the blinds on Ikea's US website is currently blank and not loading, which doesn't give us much hope for an imminent release. 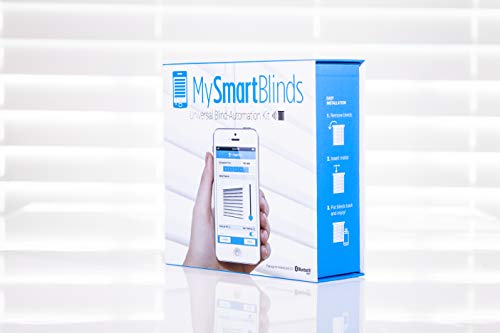