LG G8 ThinQ Review: Slim, gorgeous, but is it worth the upgrade?

This well-designed, sleek Android smartphone is easily holding its own nearly a year after launch, but one feature just never really worked

LG launched the G8 ThinQ about a year after the LG G7 ThinQ. This is a company that knows design, and LG delivered in the G7 — and has again with the G8. This is a smartphone that slips easily into a pocket, is well-balanced and frankly a pleasure, mostly, to use. In upgrading the smartphone — and ticking the price up about $100 — LG also introduced a few new features while keeping most of the phone the same. We took a look at the device, while also examining one of the more discussed details, the new Air Motion.

Let's go right into the basics — how the phone looks and feels in the hand. This is a very elegant device, something that Android phones often do far better than iPhones. The LG G8 ThinQ is slim, and has a modern look and feel.

The entire back is now surrounded by one piece of glass, which means it practically begs for a case the moment you pull the smartphone from the box. The front and back are almost seamless, with the only elements to break that curve including the power button, and the ones for volume and Google Assistant, aside from the cameras on the front and back.

It's so smooth it's almost slippery, so we quickly surrounded it in a case. Yes, it took away from the beauty — but as someone who has had to replace a glass back on a smartphone recently (can you say hundreds of dollars), we suggest you get yourself a case as well.

The G8 comes with two options, either two cameras on the back or three as seen here.GearBrain

The G8 features a 3.5mm jack, like the G7, so yes you can plug in your SkullCandy or Bose headphones. There's also a Boombox effect, something we saw in the G7, which makes boosts the sound of the main speaker.

We all know that one of the biggest features for a smartphone today is its camera. The LG G8 ThinQ comes through. You get two options with the new G8, one is a dual camera, the other a new three camera option: one that's 16MP, two that are 12 MP.

This is a much-talked about feature introduced with the G8 that lets you operate some features on the phone — all without touching it. You can take a screenshot, play music and videos. The feature makes use of a new Z camera on the front, and it can also take an image of your hand and then use this to unlock the phone, just by hovering your hand over the screen.

The instructions are pretty specific for taking a screenshot, for example. You need to bend your fingers and then pinch them together to get a screenshot. To open music, hold you hand like a claw and move them towards the left. To open YouTube, you position your hand in the same direction, and move them to the right while holding your hand about six-inches from the screen.

I had trouble getting this feature to work — and we spent some time with the G8 ThinQ early on at launch, and found the feature barely worked, even then. I could see, after placing my hand in the right position, the phone working on it, as a stripe started to move across the top of the screen next to the Z camera. But nothing would happen. I had better luck, instead, with some of the other physical shortcuts, such as knocking twice on the screen to turn it on and off.

There's a 3.5 mm jack on the bottom as with the G7GearBrain

Now on to what most people will want to know: How does the G8 fare next to the G7.

First, the G8 has a much longer battery life, more than double of the G7, working for 43 hours, compared to the 20 hours for the G7. That's massive — two days without needing a charger is perfect for those of us who are heavy users — and it's thanks to a 3,500 mAh battery.

Standard now is also 128 GB of storage and 6 GB of RAM. But the size of the phone is almost the same — a 6.1-inch screen — however, you now get an OLED screen — not an LCD. The cameras on the back are also oriented differently, horizontal on the G8 instead of vertical as on the G7, but that's going to be immaterial to most people.

You can pick a G8 up in the platinum gray color as before with the G7, but the G8 only includes a black version as your second choice (the one we tested) instead of the raspberry color.

The LG G8 launched at $850 — and that's roughly the same price you'll pay today. Second hand, used, versions are available, but you're still going to throw down about $400 and above for a used G8.

This one feature won't be missed, but it's unfortunate that the option never worked for us. youtu.be

Should you get one?

For Android users, the options are practically endless in terms of smartphones. There are low-end models with solid cameras and fun add-ons, and those that tick the $1,000 and above price. LG's models are certainly on the higher end and for good reasons — they have solid batteries, nice cameras and they are very well-designed. One of the big feature upgrades for the G8, the Air Motion tool, however just didn't perform for us. That's a feature we likely wouldn't use a lot – it's a bit of a complicated hand gesture — but it's definitely a disappointment that we couldn't get that working.

If you're in the market for a new Android, the G8 is a solid choice. Not having that feature isn't going to detract from the use of the phone, and since you can now pick one up used for about half the price we think this is one to definitely consider. 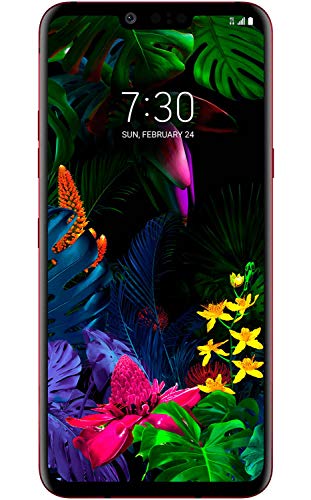