Motorola unveils its latest in the Moto Z line, with a bigger battery, OLED display and a 48 MP rear camera

The Moto Z4 is a phone upgrade potentially worth taking, the latest in Motorola's Z line that lets owners add up to 16 additional Mods, or features, with a simple click. The phone, which customers can get starting June 13, is packed with updates, most notably the ability to connect to Verizon's 5G network.

The Moto Z4 has a 25 MP camera on the front, and a 48 MP rear cameraMotorola

The new smartphone is stocked with a number of camera updates, notably a 48 MP rear camera, which Motorola says is the largest ever for the company. The camera features a new Night Vision mode, which takes eight different shots, blending them together to create an optimal image, even in low light.

A front-facing 25 MP camera can be switched into Quad Pixel mode for better lighting, and there are a number of new formats to choose from including portray, and something called group selfie mode. There's also a Smile mode, which analyzes up to five people in a shot — through the front and rear camera — and snap the image when they're all smiling at the same time.

There's also a new Smart Composition feature, which basically frames a shot based on what the artificial intelligence believes would be an optimum image.

Motorola brought back the 3.5mm headphone jack with the Moto Z4Motorola

The phone is water repellant, sports a 6.4" full HD and OLED display with a 1080p resolution, plus a 3600mAh battery that can keep the Moto Z4 running for two days, Motorola said. There's also an integrated fingerprint sensor, and the company has returned the 3.5mm headphone jack to the Moto line. The phones runs up to 2 GHz, has a multi core AI engine and includes the Qualcomm Snapdragon chipset 675.

The big push here, though, is the 5G Moto Mod, an add-on that can be ordered through a bundle with the Moto Z4, and puts them on Verizon's 5G network, which currently works in certain parts of Chicago and Minneapolis. The Mod, which launched in April, is available for the Moto Z3, the previous Moto Z smartphone. But now customers will be able to order both the new Moto Z4 smartphone and 5G Moto Mod at the same time.

New updates are coming to some of the existing Moto Mods. One will bring the Alexa calling function to the smart speaker with Amazon Alexa, and the Moto gamepad Mod is getting updated to work better with games like Fortnight.

The new Moto Z4 goes on sale June 13 through Verizon, and on June 6, unlocked, through Best Buy and B&H and on Amazon.com in the U.S. Presales on the phone start today, May 30. Those in Canada will be able to buy the smartphone later this summer.

The phone, alone, will be priced at $499.99 and come in Flash Gray at launch, and in First White later this summer. The 5G Moto Mod will be on sale through Verizon for $199.99, with special bundles for new Verizon activation including the Moto Z4 + the 5G Moto Mod for $439.99, and the Moto Z4 + a 360 camera for $499.99. Those who purchase the 5G Mod, will be able to connect to 5G service for free on the Moto Z4 for Verizon customers who are on the Above Unlimited and Beyond Unlimited plans. 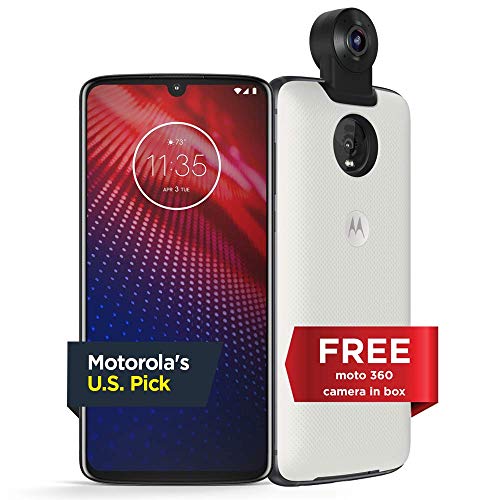