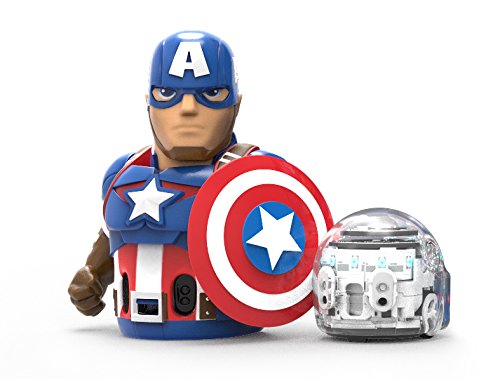 In The Sandbox: Ozobot Evo

Who doesn't like to play with robots? They move on their own, they chirp and beep, they blink and they're fun. So when I got a chance to play not with just one, but two Ozobot Evos, I said yes.

The Ozobot Evo is packaged in a cardboard box that opens like a space pod, revealing what looks like a little throne for the robot. Inside there are little drawers with lots of pieces including a rubberized suit called an OxoSkin—like a space suit. There are markers, and also a little pouch to carry Evo if you want him to travel. He's small—maybe larger than walnut, but not much, and definitely the size of a small mouse. He's also cute. So you could easily take him with you to a friend's house, or even to school.

I did find the plastic case Evo sits in difficult to remove. It took a minute, but once freed, I immediately put the space suit on him—very cute. There are also nine puzzle pieces that fit together to build a track, which is called the Playfield, for Evo to roll along. That name actually seemed a bit boring for such a cool thing. I thought it should be called, maybe, biodome or something space-agey because Playfield sounds like a mini soccer field.

Charging the device is pretty easy. I just used the charger and plugged one end into Evo and the other USB end into my laptop. It took about 15 minutes, flashing red while it charged and green when it was done.

To get Evo to chat you need to push his power button, which is a clear button on his side, and best activated by squeezing him on both sides. All his lights turned on, blue, green and pink, and he started moving and making noise. I found that a little overwhelming, and since the directions on the box are very vague, I realized I would have to actually read the instructions.

That turned out to be a good decision, because you're supposed to calibrate Evo before you start getting him to move. If you want him to roll along his Playfield, you hold the button until he flashes a white LED light, then put him on one of the black circles. If he flashes blue, that's good. Red means you have to do this again.

You can also draw your own Playfield with the markers. For Evo to roll along that, you need to draw a black dot with the marker, and then calibrate the robot on your own dot. Once you've decided, and calibrated your robot, you can start playing.

Charging Evo is simple, and takes as little as 15 minutes.

I put Evo (in his space suit) on a red dot on the Playfield. Sometimes he would blink different colors—I don't know why—and sometimes he would just roll along. He twirled in a circle, would follow a line, stop when he got the end, and appear to look for other lines to follow. If I put my hand down in his path, he would stop until I lifted my hand. This also happens when Evo gets to the edge of the Playfield. This was fun, but since I had two I wanted to see how they interacted. 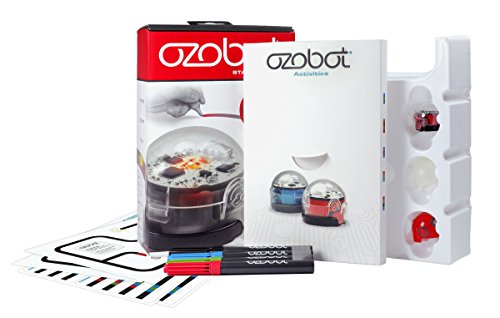 I had some trouble getting the little space suit on my second Evo, and another second to find the button again. But once activated, the second robot started immediately talking to the first Evo. When they first saw each other, they made a strange humming sound. They did this each time they would meet.

On the floor, the activity was a bit more interesting. Evo is a little bit like my dog that wants you to move out of their way, or get something for them they dropped on the floor. Evo would roll along until he came to an obstacle. And then he would stop, flash lights and hum again. For awhile. Until you moved him, or the object in his way.

Evo on his Playfield.

So I decided to download the app for some more fun. And I'm glad I did. The Evo App works for both iOS and Android devices. It loads very quickly, and lets you really control Evo. You can manually drive the robot, name him, and make sounds including snore, laugh, poke and one called "huh?" You can also change the lighting patterns from a rainbow to ones you create yourself. I like the rainbow colors.

Also great? Changing the speed Evo moves along the floor. Before launching the app, I found the robot to be fairly slow. But I instantly upped his speed, and felt the little guy moved more quickly—which makes him much more fun. I ran the two along the floor, and was able to see from the app when their batteries were running low.

Because you can program Evo to make the sounds you'd like and go where you want to go, it's a bit like programming. For younger kids, this is a good first way for them to learn the basics, then, of coding. The robots use something the company calls OzoBlocky language.

You can also connect to your friends if they have Evos as well, sending messages through the app, which they called Ozojis. None of my friends have an Evo right now, so I couldn't try this.

One thing I wish I could see from the app was if the Evo was wearing its suit or not. I also would have liked to be able to customize the avatar for my Evo inside the app. But those were small points.

Evo with his spacesuit

Make it your own

They are $99 each, so it's not something you'll likely buy with your allowance. Still, I think Evo is best for 6 to 10-year-olds, the way Zhu Zhu pets were really cool, those robot hamsters that rolled around on their own. With Evo, though, you can interact with friends, play war games—or just have them roll around the house, and that makes them a fun toy for a kid.

Pros: Fun to control, can make your own color combinations, customizable

Cons: Hard to figure out how to open, slightly expensive

-Harper Learmonth is a GearBrain teen reviewer, who last wrote about AuraBox for our "In The Sandbox" series. 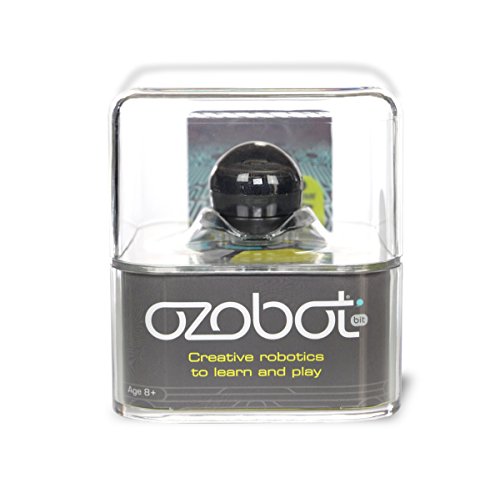