Review: Aura, near invisible security that uses nothing but your home’s wireless signals

The smart home security device Aura taps into your Wi-Fi signals to alert you if your home is safe or not. 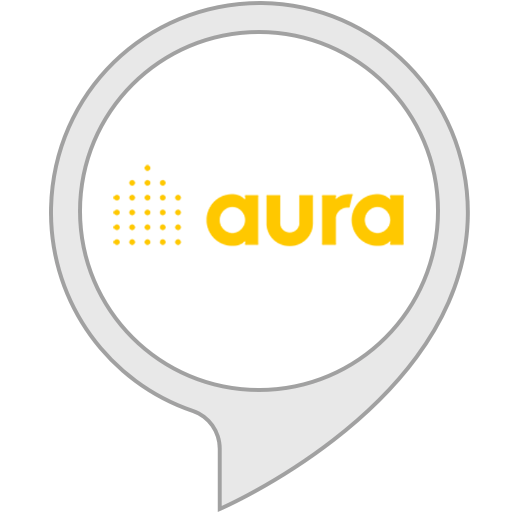 Everyone has seen the classic keypad setup for home security, be it in movies, TV shows, or commercials. These systems use all manner of sensors placed strategically around a house to detect a variety of movements and the open or closed status of doors and windows. In fact, these security essentials are exactly what most of us envision when we think about home security. However, Cognitive Systems, creators of the Aura, are challenging these classic systems with a fascinating approach: Using Wi-Fi signal waves to detect movement.

It is, without a doubt, a novel concept, but does it work? More importantly, does it work as good, or better, than current home security systems, and is it worth investing in over more tried and true methods? Luckily, I got to spend a couple weeks with the Aura after the company sent us one to try, and after putting it through its paces, I've definitely come up with some tangible results.

Aura needs to be run from its iOS or Android app

The idea powering the Aura is a simple one. Rather than depending on a host of sensors spread throughout your home, the Aura connects to your network and uses the wireless signals filling your house to detect movement. At any given time in the typical modern house, an ocean of wireless waves are floating about, going to and fro from all your connected devices. While these signals are invisible to us, our devices depend on them for every bit of connectivity we receive. Cognitive Systems developed the Aura to detect when these waves are unexpectedly disturbed and then alert the user, via a mobile app, whenever a disturbance occurs.

When you take the Aura out of its packaging, you'll be surprised to see it's made up of nothing more than an elegant white box, about the size of a square tissue box, and a smaller rectangular sensor. Installation is as easy as plugging both of these into a wall outlet.

For optimal coverage, Cognitive Systems recommends you place the box and sensor diagonally from one another with no more than two walls in between. The two devices do not need line-of-sight to communicate, but the more space and obstacles you put between them, the more the Aura's performance will degrade. After you plug them in, all you need to do is download the Aura Home app from either Google Play or Apple's App Store and follow a few onscreen directions. This involves syncing the Aura to your network and pairing the sensor to the main system. All-in-all, the setup took me less than 10 minutes to get going. But you'll spend more time moving the box and sensor around to find the optimal placement for the best coverage area.

You need to plug both box and its sensor into an outlet to work.

The mobile app is the only way to control the Aura, and while the feature set is sparse, the app's design is clean and easy to use. The home section allows you to see a graph of recorded movement intensity over the past 12 hours, over the course of a week, as well as a live view of the Aura's current movement sensor. The activity log maintains a list of all activity, such as: Users arriving home or departing, alarm triggers, and the arming and disarming of the Aura system. The Aura app also allows the owner to add Members to the application via an email invite. Members can use the app to monitor the system, as well as configuring them for automated actions like auto-disarming upon arriving home or auto-arming when leaving. Lastly, the app has some preferences you can set regarding notifications and alarm settings, but overall the customization is fairly limited.

While the Aura's concept is fascinating, its practical usage is a bit hit-or-miss depending on how you position the devices. My initial testing of the Aura was done in a three bedroom, two bathroom midsize residential house—a fairly average sized home. I was able to get decent results at about 45-55 feet distance with one wall separating the base and sensor. With this setup, any movement in the entrance doorway and hallway, living room, dining room, and part of the kitchen were regularly detected by the Aura's motion sensing. Unfortunately, this left three bedrooms, two bathrooms, two hallways, and part of the kitchen defenseless.

When I tried to extend the range to around the 100 feet range, the Aura became less likely to detect movement. Of course, part of this is due to the house's layout. Extending to about 100 feet meant going through four walls which absolutely degraded Aura's ability to detect movement consistently. Even with this setup, the Aura still left one bedroom completely without coverage.

However, I took the Aura out to a friend's small apartment for a test run and the results were markedly improved. The layout of the apartment was much more simplistic, and I was able to set up the sensor in a bedroom with the main station placed down the hall through the kitchen. With this setup, about 30 feet distance and only one wall in the way, nearly all movement in the apartment was detected consistently.

What exactly happens when movement is detected by the Aura? First, the Aura's alarm goes off, hopefully spooking the intruder; secondly, you receive an alert on the mobile app. From here you can silence or dismiss the alarm if you're confident it was a false-positive, or you can alert the police to a potential home invader. One thing of minor note, I did notice a bit of delay between the Aura's built-in alarm going off and the time it took for me to get a notification on my phone. This delay happened consistently, but the time it took to get the initial notification varied from 5 to 20 seconds.

We found Aura worked best in smaller spaces rather than large expansive homes.

Things to keep in mind

Aside from the coverage restrictions you may face with mid to larger sized homes, there are a couple idiosyncrasies to keep in mind before investing your money.

Firstly, the Aura can only detect movement that takes place between the two devices. This is what left one of my bedrooms permanently without protection—there was simply no way to place the devices for maximum, reliable coverage. This also means that the Aura isn't likely to be able to detect movement outside or around your home. Secondly, the Aura only supports one sensor, so don't expect to be able to buy more sensors to extend coverage. Thirdly, the Aura has no native smart-home integration; however, it does support IFTTT which means that some manner of interconnectivity could be possible, especially as Cognitive Systems secures more partnerships.

Finally, Cognitive Systems uses what they call a "geofencing" system. This feature is what allows the Aura to detect when you've arrived home within its sphere of detection. When you set up an account you have to register your home address. This means that Cognitive Systems has the ability to track your movements via the app at all times. Of course this doesn't mean they do track your movements at all times, indeed, they've stated before that the system only scans for your proximity to the hub. However, for those people hyper-concerned about their privacy, it is something to, at the very least, be aware of. It should also be noted that if Cognitive Systems, themselves, was ever compromised, your location data would be compromised as well.

Whether or not the Aura is the home security device for you is going to be incredibly subjective and dependent on the size of your home and tolerance for a limited feature set. While the lack of a traditional camera may turn some off, Cognitive Systems features it as a way to maintain home privacy while retaining home security. That said, IFTTT support means that it could be possible to integrate some camera functionality should you have the desire to set it up. For that matter, IFTTT support could, potentially, vastly expand upon the Aura's limited feature set – only time will tell.

Perhaps one of the stranger aspects of the Aura is its price. Coming in at a hefty $499, it would seem to target established home owners in need of reliable security, however, my testing seems to indicate that the Aura works best in small apartments. Regardless of the disparity between its price and demographic, the Aura is a unique take on traditional home security that isn't without its own merits and potential.

Cons: Expensive for what it does, limited area coverage, limited options, only supports one sensor.