How a smart home device failed a tech pro like me. 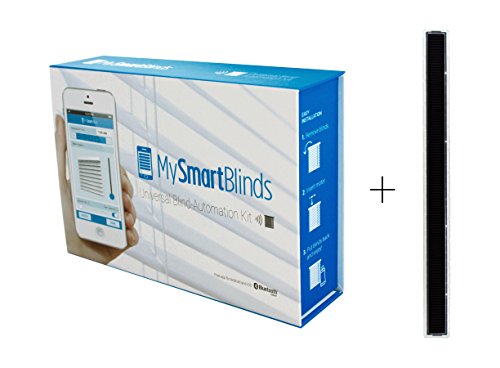 You may have noticed this review lacks the usual GearBrain "Pro/Con" synopsis. It's hard to summarize the plusses and minuses of a product I couldn't get to work, which was the case with the MySmartBlinds automation kit ($99), a device we were sent to review.

The MySmartBlinds automation kit is designed to transform existing 2-to-3-inch standard Venetian blinds into "smart blinds," the Venetian blind version of smart shades such as the Lutron Serena smart shades, operated via a smart app.

Before we continue, I totally cop to my possibly having done something wrong during the installation process. But I've been playing with products for 30-plus years, so if a geek like me has problems getting these to work…

Well, you get the idea.

Inside the MySmartBlinds kit including motor and battery.

In theory, MySmartBlinds automation kit is a decent idea; all Venetian blinds owners have, at one time or another, gotten frustrated and literally tangled up from imprecise cord pulling to get the desired height, or from trying to keep both sides even.

While MySmartBlinds adds smartphone control, it also eliminates most manual control. According to the MySmartBlinds customer support person, once you install the new mechanisms "you can open and close your blinds manually but it may take longer." How this works: Instead of finely adjusting the angle of the blinds as you would manually, each tug on the MySmartBlinds manual control automatically tilts the slates a whopping 45 degrees. With each following tug of the manual switch, the blinds "will continue moving in the same direction it was last moved until it reaches the top or bottom then it will start moving the other way," says customer support. In other words, you have to go around a cycle if you miss your desired positioning.

This seems ridiculously imprecise, but you also can control the blinds "by pulling and holding on the manual switch," the customer support further explained. "They will move in a continuous motion." But this process has less control than pulling the cords as the blinds were originally designed.

Simply tugging on the cords is also faster than scrounging for your smartphone, booting the MySmartBlinds app, finding the appropriate control or locating the wall-mountable MySmartBlinds remote control ($60).

But we're getting ahead of ourselves. Before you can decide if you want to cede manual manipulation and instead app-control your blinds, you have to first successfully install the automation kit.

To start, you first must determine if your blinds and smartphone OS are compatible with MySmartBlinds. I suggest you view the 6-minute MySmartBlinds installation video. It'll give you an idea of what's involved before you consider purchasing, regardless of my experience.

So is the kit compatible with only 2-to-2.5-inch blinds or with 2-to-3-inch blinds? Ya got me. But the fact that you have to ask such a simple question isn't good.

Also, as of this writing, there is no reported Android app as yet – and yet there is here. This brings another caveat on the kit buy page:

The Android app is currently under construction. The app available on Google play [sic] works with a number of devices. However, it does not support 5.0. The new and improved app will be available soon. Thanks for your patience.

One presumes "5.0" refers to Android 5.0, aka Lollipop, which also means no compatible app support for Marshmallow (6.0) or Nougat (7.0). These three OS versions represent nearly three-quarters of all Android devices, which means no MySmartBlinds compatibility with any Android phone bought in the last three years.

The MySmartBlinds app never located my set of blinds.

Now onto my actual installation issues.

The manual describes different types of blind mechanisms that will work with MySmartBlinds. My generic Lowe's blinds didn't match any of the examples, so I choose the closest match.

Venetian blinds have a rod inside the mechanism that has to be removed, as you'll see in the video. You then remove the existing tilt mechanism, replacing this gadget with a new manual switch.

My installation kit, however, was missing something called a "C-clip" that affixes the manual switch to the outside of the headrail. I had to wait a week-plus for the company to send me a C-clip before I could continue.

Once that part arrived, and the C-clip attached, you slip an adapter onto the removed rod. But none of the adapters in my installation kit fit. So that was another week-plus to get this tiny plastic piece. At this point, I had spent nearly three weeks just to complete the first two steps. Then, the motor box wouldn't fit in the headrail. The box is enclosed in a bracket that I removed, which seemed to work – even though spreading the headrail sides apart to pop in the motor box is not as easy as it looks in the video.

I finally got all the correct parts installed, connected the solar panel as instructed and mounted the blinds. I downloaded the app, pulled the manual cord once as instructed to pair the blinds to the app – and nothing, just the familiar on-screen whirring gear as the app searched for the blinds.

After some back-and-forth with support, I double-checked everything. I left the blinds alone for the solar panel to recharge the battery, and belt-suspenders connected the AC connection as well.

And – nothing. No matter what I did, the app could not find the blinds, and I don't know why. According to customer service, "...sometimes people have a difficult time pairing." Well, that's not what you want to hear.

I responded that everything appeared to be connected correctly, that I was following the procedures, and waited for a response. That was June 26. I have not heard from MySmartBlinds customer support since.

They did supply a support phone number to call, but I couldn't imagine how a conversation would help if they couldn't see my installation. Plus, by this point, after two months, I was really fed up with the whole business.

Some disassembly may be required

As noted, I could have goofed up somewhere along the installation line. But the MySmartBlinds automation kit has so many moving pieces – literally – that the odds of something not being right are pretty high. After all, errors predictably rise with complexity.

But more importantly, if the MySmartBlinds automation kit fails to work, how do you get your money back? One presumes you'd have to return the kit, which means you'd have to disassemble the installed parts. But the kit involves adhering some parts into the headrail, which may be difficult to remove.

Then there's the difficulty of returning your blinds to their original manual operating condition, which may be a challenge; you'll have to somehow run the installation video in reverse. And remember, the solar panel gets glued to your window and you cut the blinds tilting cord, two procedures that may be difficult if not impossible to return to their original condition.

So if you can't get the MySmartBlinds automation kit to work, you may be able to get a refund on the kit, but you may have to replace your blinds. 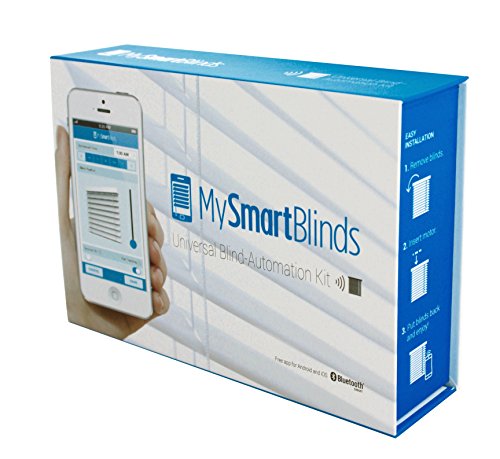 To me, even if I had successfully installed the MySmartBlinds automation kit, I'm not sure it'd be worth the worry or the work involved.

For those who desire automated blinds but are now forewarned about the difficulties of the MySmartBlinds automation kit, or for the DIY-impaired, MySmartBlinds does sell complete customized 2.5-inch smart "shutter" blinds that seem super easy to install – some sort of lever mechanism instead of drilling and screwing them to your window.

But these complete shutter blinds cost $229, plus another $99 for "smart automation" (I'm assuming the primary price is just for the lever, tool-free installation mechanism, but this could be clearer since they're being sold on a smart blinds site), plus either the $45 solar panel or the $14 charging cable, plus $60 for the remote control. That's nearly $400 for a set of smart blinds.

Considering that I spent less than $50 on my dumb Lowe's blinds, MySmartBlinds' solutions present a significant price premium for adding blinds automation with debatable functional advantages. 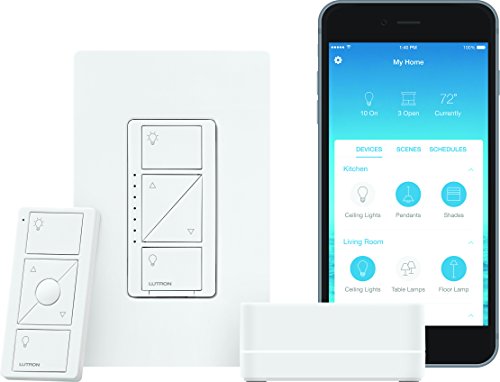