Sphero launches Mini, a tiny robot that looks like a billiards ball

Plus you'll never believe how you control the device.

Gesture control in technology is everywhere — including Sphero's latest toy: the Mini. Launching today, the toy is a return to Sphero's main appeal: clean, rolling robots without the franchise plug-ins from Star Wars that we've seen lately from the company.

Small, with a look that resembles a billiards ball, the Mini will come in five colors: white, pink, blue, red and green. You'll be able to run the Mini via a smartphone app, which can read gestures as you tilt and move your head in something called (yes) "Face Drive." This is similar to Sphero's Force Band, a toy the company launched in tandem with its BB-8 robot allowing you to move the device via gesture control.

The Mini can also be controlled via multiple players at once, allowing for a game not unlike keep away, or to run the toy through obstacle courses.

This being a Sphero device, you can also program the robot via Javascript block coding. And there are also pre-programmed options including "Slingshot Mode" which, through the app, lets you use the ball for an actual game of billiards or mini-bowling. (Mini bowling pins come with the toy.)

The toy fits into Sphero's SPRK+ line, has a 60-minute battery life, will eventually connect to Apple's Swift Playground and is launching at $49.99.

Sphero Mini — the robot you control with your face 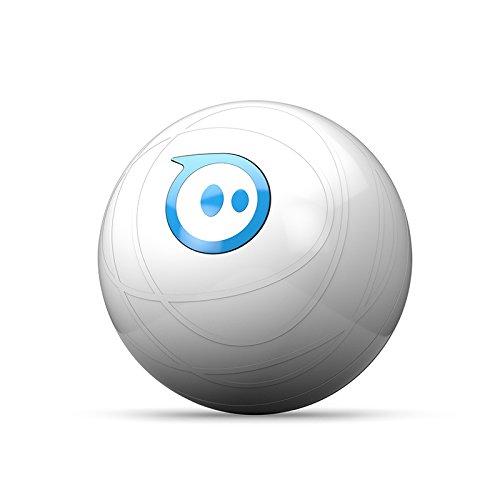