How Tesla and the Supercharger network make 1,200-mile EV drives a breeze

By now, most people should be able to see how EVs (electric vehicles) make sense on the daily office commute. The car charges in your garage at night, then takes you the 10 or 20 miles to work and back — perhaps even for the whole week — before needing another overnight charge.

Assuming you have a garage and somewhere to park at the office, this works well. But what happens when you want to go on a roadtrip, a driving holiday, or to see friends across the border? That's where the Tesla Model S 100D and the Supercharger network come into play.

We had always wanted to drive a long distance in a Tesla. Just a few years ago, 200 miles or so seemed like a challenge, then this crept up to 500, then 700 and before we knew it the Supercharger network meant we could drive just about anywhere. When Tesla suggested a trip from London (where this author is based) to Aviemore, the Scottish ski resort — and home to the most northern Supercharger in the UK — we jumped at the opportunity.

This would mean around 600 miles each way over the course of a long weekend — and with the self-imposed rule of only using the Tesla Supercharger network.

Charging takes around 20-40 minutes depending on your needsGearBrain

The car in question is the Model S 100D which, to break apart Tesla's naming structure, is an all-electric sedan with a 100kWh battery pack and all-wheel-drive. This is the largest battery pack Tesla sells (for now), meaning this car has the longest range of any EV currently on sale. Tesla quotes a range of 393 miles using the NEDC (New European Driving Cycle), or 335 miles using the U.S. Environmental Protection Agency's more conservative metric.

The more expensive — and much quicker — Model S P100D (P for performance) achieves a slightly shorter range. Given the distances we'd be covering, we regretfully felt the P's Ferrari-embarrassing 0-60mph time wouldn't be necessary.

Whichever way you cut it, the Tesla is more expensive but can go much further than its rivals.

It can also charge far more quickly thanks to Tesla's Supercharger network. In the UK this has grown quickly over the last five years and now enables Tesla customers to drive almost anywhere they like without relying on a public charger. In the U.S., a coast-to-coast drive on Superchargers is possible. In Europe, you can drive a Tesla right through France, Germany, Belgium, Italy, Switzerland and Austria, and through Norway you can reach the Arctic Circle.

The most important thing you need to know about Superchargers is that they are very fast. On our trip we regularly saw range put back into the battery at a rate of over 200 miles per hour, and once this figure reached 360 miles per hour.

The UK and Western Europe have a large Supercharger networkTesla

It's hugely satisfying to see a computer image of the car's battery — displayed on the dashboard while charging — become green so quickly. In fact, it is often the case that once you have stretched your legs, used the washroom and bought a drink, the car is ready to go.

Over the course of 1,200 miles we only occasionally felt we were impatiently waiting for the car to fill up, rather than enjoying a welcome break.

Using a Supercharger is simply a case of using the car's navigation system to get there, then park up, take the Supercharger cable and attach it to the car's socket. A flap covering the socket automatically opens when you hold the charger close by. The cable then locks into place and charging begins.

Aviemore is home to the UK's most northern Supercharger stationGearBrain

You can now either sit in the car and wait, or go for a walk and keep an eye on the charge status with the Tesla smartphone app. Once you have enough charge to get to your destination (or the next Supercharger), the app will notify you.

A useful tip: Superchargers are labeled A, B, A, B, A, B etc. Each A and B is connected to the same electricity source and will split that power between the two chargers if they are both being used, halving the charge rate for each car. So, if someone is charging in A when you arrive, do not plug into B or you will get a reduced charging speed. Go to the next A — or a B next to an empty A — and charge there instead.

Teslas built before 2017 get free and unlimited Supercharger use for life. Teslas built more recently receive 400kWh of free Supercharger use per year, which is enough to fill the car between four and six times, depending on which battery you have. Teslas currently range from 75kWh to 100kWh. Charging costs vary between countries and US states. For an estimate of Supercharger costs and fuel savings where you live, click here to use Tesla's calculator. 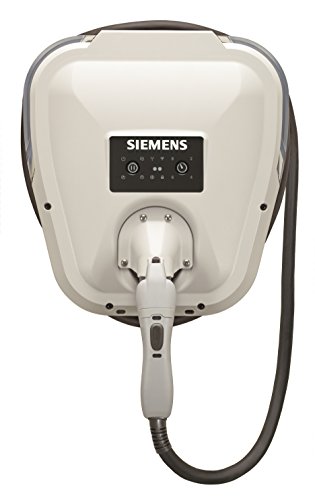 The public charging network is what all other EVs use, as only Teslas can connect to Superchargers. Elon Musk has said he would let other manufacturers use the network if they contribute towards its upkeep, but no one has committed to this just yet.

Public chargers are far more common, but vary in speed. Some can give a Tesla around 100 miles of range per hour, while others will struggle to get close to 20. We once plugged a Tesla into a charger at a shopping mall and only received a rate of 12 miles per hour.

These chargers also have different connections, with the fastest using the CHAdeMO standard, for which Tesla will sell you an adapter.

However, as we said earlier, we banned ourselves from using public chargers for this journey. For emergencies — such as a Supercharger station not working for some reason — we carried a CHAdeMO adapter, a regular public charger cable, and a cable to plug into a standard household wall socket.

For the Tesla newbie, route-planning is essential. We used the excellent planner at ABetterRoutePlanner.com, which estimates your journey — including where to charge and for how long — and varies the route depending on which Tesla you have, what you estimate your average speed will be, and how much charge you require at your destination.

Tesla recently launched a route planner of its own, but this does not offer as many variables.

Planning complete, we set off from London on a busy Friday evening. The traffic was so severe that we soon deviated from the sat-nav's suggested route and headed for a different exit out of the city, leading to a different highway to our overnight stop in West Yorkshire, 200 miles away.

We knew of a Supercharger in Oxford, which gave us enough juice to make it to the overnight stop — this writer's parents' house. Arriving that evening with just 30 miles of estimated range remaining, we fed the emergency cable through the letterbox (thanks, Mum) and connected our car to a wall outlet. This gave the Tesla just six miles of range per hour. But left on overnight this meant range was boosted from an anxious 30 to a more comfortable 70 miles.

The car's navigation tells you where to charge, and for how longGearBrain

The next morning we recharged almost fully at a nearby Supercharger and headed for Scotland. We say 'almost', because the battery charges more slowly the fuller it becomes. Charging from 20 percent to 80 can take just 20 minutes, but the remaining 20 percent can take at least that long again.

It is worth stating here that we went to Scotland in mid-December, and lithium batteries perform less well in the cold. The Tesla took a while to warm itself up each morning, temporarily resulting in less power and less energy regeneration — a process where the motor is used to slow the car when braking, putting some energy back into the battery. Cold weather can severely reduce the range of electric cars, but the circa zero degrees centigrade to 3C (32F to 37.4F) we experienced didn't seem to have a huge effect.

What's great about the Tesla is how you can warm the cabin via the smartphone app before you get in — and being plugged in meant this didn't use up any valuable range before we set off.

The Tesla gives you a lot of information while you drive. There is a small battery icon like the one on your phone, starting green then turning red when you need to recharge. This sits next to a wildly optimistic readout of how many miles you have left in the battery. This falls far more quickly than by one per mile driven, so is best ignored.

Yes, you can drive an electric car to the Scottish HighlandsGearBrain

Another readout sits on the huge touchscreen in the middle of the dashboard. This application plots a graph of recent energy usage and estimates your range based on current power consumption. However, it varies massively; driving gently downhill will see the figure go well above 300 miles, then accelerating uphill will cause it to drop to 20. Again, not particularly helpful.

The most useful readout sits inside the navigation app. Along with distance to your destination or next Supercharger, there is an estimate of the percentage of charge remaining at that stop. We found this to be very accurate, and it would adjust quickly depending on how we drove. If it dropped to less than 10 percent, we would slow down a little. If it rose above 15 percent, we knew we could increase the cruise control. This way you are in control of your own range anxiety.

The rest of the trip went smoothly, often with the Model S charging more quickly than we expected it to. We never had to queue for a Supercharger, or park next to another Tesla, thus lowering the charge speed.

We also never had to deliberately drive well below the speed limit to conserve power, nor did we ever feel in danger of running out, or resort to using a public charger. Surprisingly, we didn't encounter any snow-covered roads, but with four-wheel-drive the Tesla would have likely put up a good fight if called upon.

The Tesla interior is dominated by a huge touchscreenTesla

How does this compare to other EVs?

Driving a Tesla long distances is getting closer to making the same journey in a regular car. The 100D's large battery pack means you are likely to want a break from driving as often as the car is, and Superchargers are mostly located at regular service stations, or a very short drive from the highway. Tesla also provides a network of 'Destination Chargers' which are designed to refill the car overnight at hotels.

Where smaller and cheaper EVs like the Nissan Leaf, BMW i3 and Hyundai Ionic offer the same quiet, emissions-free driving experience and lack of gas bills, they can't yet match a large-capacity Tesla — and the speed of the Supercharger network — for longer journeys.

This situation will improve, of course, as gains in battery performance will result in greater range and faster charge times for everyone — not just Tesla.

Teslas are still expensive cars and aimed at those who want the best EV on the market, but that limitation is about to change with the Model 3. Starting at $35,000, Tesla's smallest mass-production car is tipped to be the key which will unlock affordable electric transport for the masses. 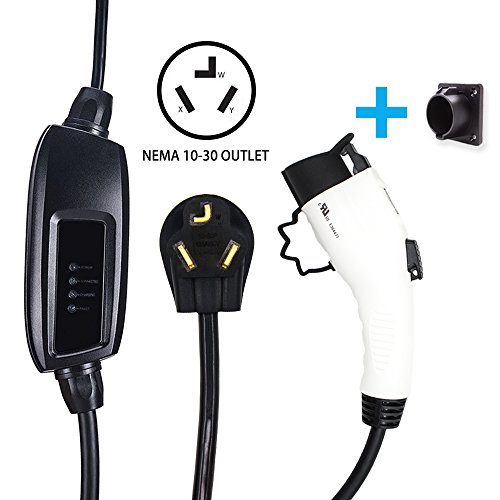