Do I have to tip my self-driving cab?

Waymo launches its iPhone app for autonomous taxi rides, and the reality of a driverless ride gets closer

Waymo just launched its app for the iPhone, a way to request an autonomous cab, if you happen to live in a certain part of Phoenix, Arizona. But the idea, that we can hail a ride, without a human driver, brings up two crucial questions all ride-sharing customers are wondering: Do we tip a car that steers itself, and how do we rate it?

As autonomous cars grow closer to reality — and make no mistake, we're hardly there yet — questions about the role they'll play in our lives are just beginning. Will people own them privately? Will self-driving cars be available as part of a fleet? How will they interact on the road? These are just a few things those in the automotive business are trying to answer, based on the technology of course, but also on what consumers may want.

Clearly, ride-sharing companies including Uber and Waymo are focused on adding autonomous cars to their service. That's happening already in very small areas, from Waymo's pilot in Phoenix, to Lyft and Aptiv which have been running test rides in a few blocks around the Las Vegas Strip for years.

Lyft has been offering autonomous rides with Aptiv in Las VegasGearBrain

We're accustomed in ride-sharing to tipping. There is, after all, a human driver. We tip human bartenders, we tip human baristas and we tip human taxi drivers. But we will trip a driverless car, one operated by a series of code? That may depend on how human-like the car appears.

Computer or something more?

Already, we interact with artificial intelligence. Siri and Alexa even have human like names that make use feel we're engaging with at least a helper, if not perhaps a friend. Google Assistant feels, by name at least, like the bits and bytes it actually is — even as we can overlay human voices, like John Legend, into its voice box. 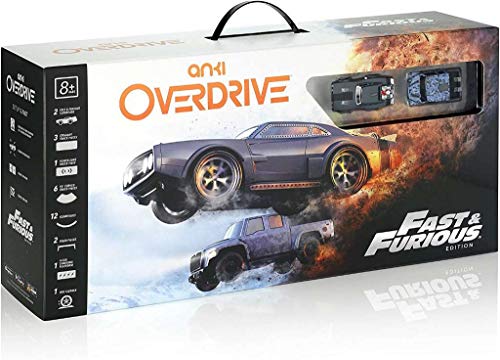 Hollywood danced with this idea for years — what is a human and what is a computerized system? From "Terminator" to the "Matrix" series we've seen Tinsel Town grapple with that point where computers and robots can take on human characteristics — where they evolve even to the point of being human.

Robin Williams earned his character, Andrew, that designation in "Bicentennial Man." Arnold Schwarzenegger not quite in this most recent chapter of the "Terminator" franchise, getting a hug goodbye from his human family.

It's doubtful we'll hug our driverless Waymo, but Alexa in robotic form tidying, Rosie the Robot-like, our home? Perhaps. Companies like Mayfield Robotics and Anki have all dabbled with wide-eyed robots that talk to us, and even purr, tapping into our human emotions.

Putting robots and computers into service roles, like a cab driver, is not a new idea either. Flippy has been flipping hamburgers at Pasadena, California's CaliBurger for more than a year, and LG put robots to work helping travelers at Incheon International Airport.

But none of them are paid for their help. We may buy a robot, once, and put in our home, or pay for a hamburger at the register — but we're not paying for their service. We understand that computers don't pay taxes, don't buy groceries and don't pay rent. At least for now.

So should we be tipping an automat that pushes out a beer or a cab that picks you up and drops you off, without a human in sight? It's a fair question. Until we know that an artificial intelligence needs to pay for its own upkeep — and a roof over its silicone head — we're likely not. Unless of course that computer starts giving better ratings to those of us who toss a few coins their way. Then the only question is: 15 or 20 percent?