Use of high-end VR headsets may help a child's vision, according to a small study out of China

Better to seeVirtual reality is certainly being touted as a play tool. But a new study from the Beijing Advanced Innovation Center for Future Visual Entertainment says that the technology may actually help improve the sight of pre-teens who use high-end devices (such as HTC Vive) for an hour. The study tested 50 pre-teens (fourth and sixth graders) who used both tablets and high-end VR headsets, measuring their eyesight before and then after they were done with the devices.

The pre-teens vision remained unchanged after use of tablets. But not so with VR headset: in that case some of the pre-teens show improvement in myopia, which is nearsightedness, and hyperopia, which is farsightedness. The study is certainly small, and even researchers noted that they tested students for just an hour, rather than exposing them for longer periods to VR. Even for that short of a time period, one student also "suffered physical discomfort from VR use," says the report.

Before thinking VR is going to correct a child's vision, note that even researchers emphasized that high-end VR headsets were only applicable because of their ability to fine-tune settings to a person's vision. Nor does the study indicate how long the student's improvement lasted. This doesn't at all read as a prescription for buying a high-end VR headset for a child who needs to do vision exercises for their eyesight. But the study is worth noting as one direction for VR's use — as a potential medical device rather than just something for fun.

Bluetooth speaker We put the new Amp'd Bluetooth speaker through a trial, attaching the device to the Echo Dot — which Evo is designed to work with as a speaker and battery base. With summer in full swing, and some people looking for ways to untether their tech, our review might be worth a quick read before making a decision on buying a new gadget for an outdoor adventure. 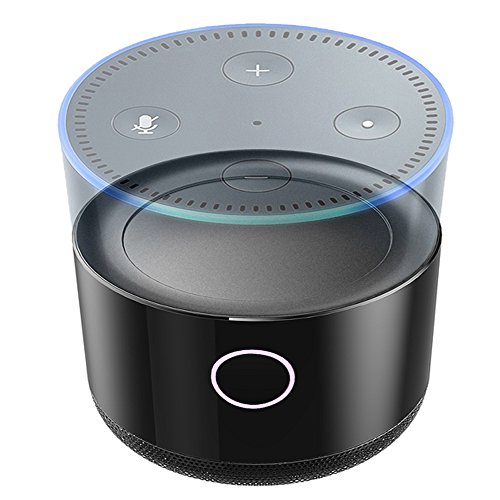