Amazon Echo 2 vs Echo Plus: What's the difference?

We compare the new Amazon Echo with the flagship Echo Plus

The Echo Plus is now the flagship of Amazon's smart speaker range. The new device boasts a shiny silver finish, a larger design than the Echo 2, enhanced sound quality and direct compatibility with ZigBee smart home gadgets.

Is this the Echo to finally buy? Or would you rather get the smaller Echo 2 with its fabric finish? Let GearBrain guide you to help you make up your mind. 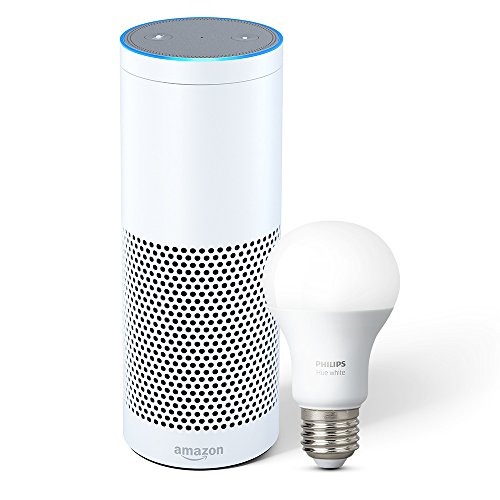 Amazon Echo 2 vs Echo Plus: Design

The cylindrical Echo Plus is the same size as the original Echo — making it 87mm taller than the Echo 2. And the device tips the scales somewhere in between Echo 1 and Echo 2, weighing in at 954 grams.

As for colors, the Echo Plus ditches the design-friendly fabric and wood finishes of the Echo 2 and instead opts for the same black or white options as the original Echo, plus a new silver option, pictured below.

The Echo Plus has the same button layout as the original and the same volume control — the top of the speaker still acts as a rotating dial. But this differs to the new Echo 2, which replaces the dial with volume buttons, as found on the Echo Dot. As with all Echo device, the Plus has a power port and an auxiliary socket for connecting your own speakers.

Amazon claims the Echo Plus offers enhanced sound quality over its counterparts. The device has an equally-sized 2.5 inch woofer, but its tweeter has been increased from 0.6 inches on the Echo 2 to 0.8 inches. That is still somewhat smaller than the original Echo's 2 inch tweeter. But Amazon says both the Echo 2 and Echo Plus produce better sound than their predecessor — something worth noting if sound is crucial to you.

As with the Echo 2, the Plus has speakers tuned by Dolby to produce room-filling, 360-degree sound, and there are seven microphones so Alexa can hear you clearly.

The Echo Plus comes in black, white and this new shade of silverAmazon

Amazon Echo 2 vs Echo Plus: Alexa and features

This is where the Echo Plus starts to make itself known. While Alexa performance is the same on all Echo devices (because her intelligence is held on Amazon's servers), the Echo Plus has an integrated smart home hub.

Where the Echo, Echo Dot and Echo 2 have to communicate with smart home gadgets — like connected light bulbs — via a hub connected to your router or a third-party app, the Plus can speak directly to the gadget.

To show off this new ability, every new Echo Plus comes with a free Philips Hue light bulb, which can be paired to the Echo Plus and controlled with voice commands without buying a separate hub from Philips. Just say 'Alexa, discovery my devices' and the Echo Plus will find and connect to any compatible smart home gadgets in your house — that is, any gadgets which use the ZigBee smart home standard.

However, this direct connection between the Echo Plus and Philips bulbs does not unlock every Hue feature. To control the lights with Philips switches and sensors, set them to illuminate in sync with music, videos and games, and to create custom lighting scenes, you will need to buy the $60 Philips Hue Smart Bridge.

So while connecting Hue bulbs (and other ZigBee gadgets) to your Echo Plus right out of the box is a great addition, you might want to ask yourself if that is the best long-term solution. 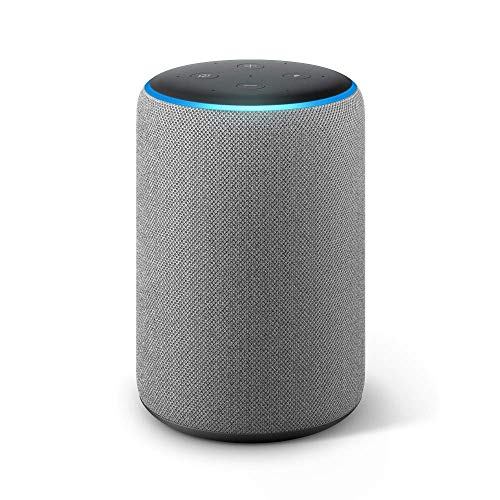 Amazon Echo 2 vs Echo Plus: Price

The Echo 2 costs $100 and the Echo Plus costs $150. (But remember — at launch the Echo Plus also comes with a free Philips Hue bulb, which normally costs around $15.)

That extra $50 bump will certainly be noticeable to most consumers, especially when spending more for the Echo Plus actually reduces the color and finish options of their Echo. We have to wonder why Amazon decided not to kit the Echo Plus with fabric and wood covers as well.

Smart home experts likely already have the necessary hubs which the Echo Plus (partially) replaces. But for those who are new to smart home tech, the reduced complexity that the Plus offers is going to be a hit with the average consumer — and very welcome.

Ultimately, if all you will ever do with the Echo Plus is take simple control of ZigBee products, then this device will be $150 well spent. But if you want more features you might end up buying the bridge at a later date. In that case? Maybe it is worth buying the cheaper Echo 2 — and putting that saved $50 towards the bridge or hub.