A wellness retreat on wheels: Up close and personal with the Bentley EXP 100 GT electric concept

GearBrain checks out Bentley's 100th birthday present to itself, and what an EV limo of 2035 could look like on the road

British luxury carmaker Bentley celebrated its 100th birthday this week. To mark the occasion it revealed the EXP 100 GT, a concept car looking to the brand's electric future.

More than just a headline-grabbing concept car with no footing in reality, Bentley says the EXP 100 GT's design language will lend itself to future vehicles from the Volkswagen-owned company.

The car also neatly taps into some of the hottest luxury consumer trends of today. These include animal-free leather seats made from bi-products of the wine industry, adjustable ambient lighting to match the interior to your mood, OLED displays inside and out, and an air purification system.

The concept is intended to be electric and autonomousGearBrain

Bentley has also fitted the EXP 100 GT with a suite of sensors to keep tabs on the biometrics of the driver. The system tracks their eye and head movements, blood pressure, and how they are sitting. The car, via its 'Bentley Personal Assistant' AI, then adjusts the ambience of the cabin accordingly, with mood lighting, adjustable privacy glass, and changes to the climate system and scent.

Through a pump located in the trunk, the car constantly monitors the interior's CO2 level, adjusting it to make the driver as comfortable as possible.

The car is a huge 5.8 meters long and 2.8 meters wideGearBrain

We say the driver, but they could also be a rider, as the EXP 100 GT is intended to be a fully autonomous vehicle when the owner no longer wants to drive themselves. The steering wheel retracts and the front seats can be rotated to engage in conversation with your passengers. Naturally, there are digital displays for watching movies on the move, and elements of the infotainment interface are projected onto the interior door panels. The assistant shares information on passing landmarks with the car's occupants.

When the owner does indeed want to drive, Bentley says the car uses next-generation lithium batteries to hit 60mph in under 2.5 seconds and a top speed of 186 mph. The company also claims a range of 435 miles — but remember, this is a concept; it does not function as a car, and is simply a vision for what a Bentley from the year 2035 might look and drive like. The company says the car can be charged to 80 percent in just 15 minutes, but hasn't elaborate on what charging standard would be used. Again, this is a concept and an element of creative license can be applied.

Sustainability is also a key concern for the EXP 100 GT. The animal-free interior is trimmed with a leather-like material made from bi-products of wine production, while the wooden trim is 5,000-year-old Copper Infused Riverwood, made from the wood of naturally fallen trees preserved in peat bogs, lakes and rivers for five centuries. Bentley says the wool carpets, cotton stitching and crystal all come from sustainable sources.

The car is painted with a synthetic paint made using rice husk ash, which is otherwise a harmful bi-product of the rice industry. It is used here by Bentley in a sustainable and environmentally-friendly way, in a bid to prevent it ending up in landfill waste.

Bentley's traditional 'flying B' sits atop a grille filled with OLEDsGearBrain

Bentley's design team has incorporated a pair of large circular headlights to hark back to the company's Blower race cars of the 1920s, while the front grille and muscular rear haunches adhere to the firm's current house style.

The exterior also features 3D OLED screens at the front and rear, which glow and animate to make the car seem like a living thing. This is mirrored by the undulating interior air conditioning vents, which Bentley says give "the appearance that the car is breathing and alive."

That cabin air system is fed with a custom-blended scent which was created in collaboration with 12.29, an ethically-aware fragrance house. That scent, because of course you are asking, is intended to smell of "sandalwood and fresh moss."

It would be easy to dismiss this car as yet another pie-in-the-sky concept which bears little resemblance to today's vehicles, or even tomorrow's. But we think Bentley has struck a neat balance here between far-out concept and attainable reality. The EXP 100 GT takes the current technology wish list (long electric range, fast charging and autonomous driving) but blends it with today's consumer demands for ethical, responsible and sustainable luxury.

The car is full of smart home and wellness technologyGearBrain

It also nods its head to the smart home, and a growing focus on wellness and the 'quantified self.' The company surely said to itself, consumers already track their biometrics and air quality through wearables and smart home devices, so why not bring this technology to the car? The same goes for adjustable ambient lighting, where smart home technology has made its way into the car.

So, while this particular vehicle will never be offered for sale in a Bentley dealership, elements of its design — and its sustainable message — most certainly will be. 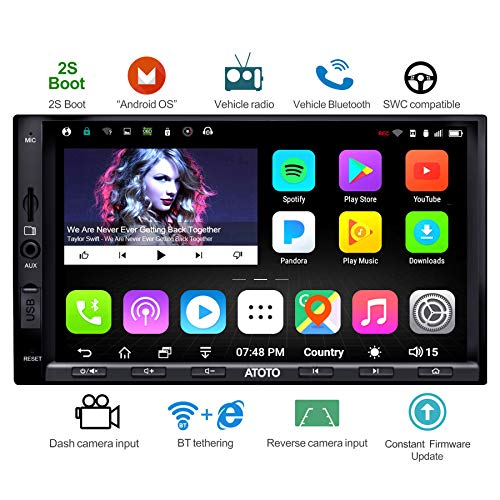