To 2020 and beyond: Top electric cars of the near future

Tesla may have enjoyed a few years of relatively little competition, aside from the occasional Nissan Leaf, Chevy Bolt, and Renault Zoe. But things are about to change — and quickly.

Automakers with centuries of combined experience are preparing to release a huge range of electric cars over the next few years, as billions of dollars, euros, pounds and yuan is pumped into battery-powered vehicles.

The market will be flooded with EVs of all shapes and sizes, from city cars and sedans, to luxury limos, SUVs and even a scattering of plug-in supercars, too.

Here is a brief look at the electric cars we can expect to see in the near future.

E-tron is the name Audi currently gives to all of its electric cars, starting with the e-tron SUV which launched in 2019. Next up will be e-tron SUV Sportback later in 2019, and then in 2020 we can expect to see the e-tron GT.

A sports saloon, the GT is expected to share some of its components (not least an 800V charging system) with the Porsche Taycan, due the same year. From the Audi we can expect to see around 250 miles of range, two motors providing all-wheel-drive, and likely in the region of 600 horsepower.

Only shown as a concept for now, we expect to see Audi soften the GT's lines and creases before it lands in dealerships sometime in 2020.

The e will go into production in Europe in 2020 Honda

First shown off a retro concept car back in 2017, popular demand meant Honda is about to put the adorable car, simply called the e, into production towards the end of 2019.

The range will be in the region of 125 miles, and although small the car is likely to be pitched as a compact but tech-heavy and luxurious item, as Honda looks to position itself as the Apple of EVs.

The order books are open, but only in Europe for now. If the compact car is a success there, however, Honda may well bring the e to the US in the first half of the next decade.

The electric Mini will be based on the BMW i3 BMW

A decade after BMW began experimenting with a small fleet of electric Minis in the U.S., the company is almost ready to go mainstream with its latest take on the Sixties' icon.

Called the Mini Cooper SE, the car shares some of its components — including its electric motor — with the BMW i3, and range is expected to be around 150 miles.

To be built in the UK, the car will go on sale at the end of 2019, 60 years after the original Mini first launched, and the first deliveries are expected to begin in Europe in March 2020.

The ID.3 is VW's first all-electric car from its new ID range Volkswagen

Volkswagen has been teasing its first mass-produced electric car for a couple of years now, and finally the order books for the ID.3 are open. The car is similar in size to the company's every-popular Golf hatchback, but with a thoroughly modern design and a range of up to 260 miles, as measured by the WLTP standard.

European deliveries will kick-off in 2020, but the U.S. will have to sit this one out, as Volkswagen of America has decided an electric hatchback is not something its buyers will be interested in in large enough numbers. Thankfully, VW has plans for dozens more electric vehicles over the coming decade, many of which will be sold in the US.

Porsche is almost ready to put its first fully electric car, the Taycan, into mass production. The car follows in the tire tracks of the hybrid 918 Spyder supercar and a hybrid version of the Panamera sports sedan.

The Taycan will slot into Porsche's range somewhere between the 911 sports car and Panamera, offering seating for four adults, but with supercar-matching performance thanks to 600 horsepower being produced by a pair of electric motors.

What could set Porsche apart from the crowd — and from Tesla — is its 800 volt charging system, which promises 350 kW battery top-ups, 100 kW more than Tesla's latest and most powerful Supercharger system. 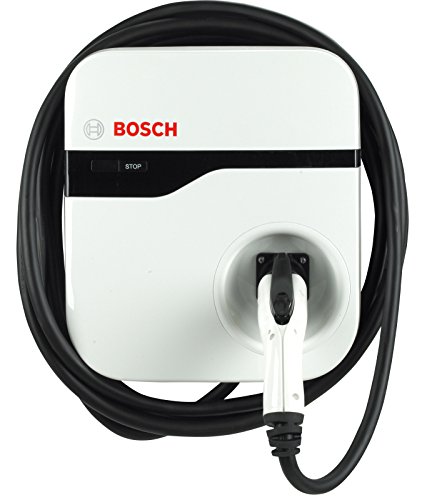 A concept for now, the Cross Turismo should arrive in the next couple of years Porsche

Based on the same platform as the Taycan, the Mission E Cross Turismo has only been presented as a concept for now, but Porsche says it will go into production sometime after the Taycan.

The Cross Turismo sits a little taller than the Taycan. But offers similar performance and hopefully a similar range of around 310 miles from a charge.

Very much a concept for now, the iNext is what BMW thinks the future of the electric SUV might look like. The car features innovations like back-lit and touch-sensitive fabric which reacts when you tap and swipe at it.

In February 2019, BMW released photos of the iNext undergoing winter testing in Sweden, ahead of its expected launch sometime in 2021. BMW claims the car will be capable of 400 miles of driving between visits to the charging stations, well above what any other electric car is currently capable of.

Mass production of the iNext will begin at BMW's Dingolfing, Germany factory in 2021, and the car is claimed to feature advanced autonomous driving systems, and connected car services.

In the meantime, BMW is also working on an electric version of it X3 mid-size SUV, called the i3X. That car is due to launch later in 2019.

The R1S SUV has a claimed range of 400 miles Rivian

Rivian, a startup based in Michigan, is hoping to find a niche in the market by producing electric cars with genuine off-roading capabilities. It is working on the R1s SUV and the R1T pickup truck.

Available with various battery sizes, the largest is 180kWh (80 percent larger than the biggest sold by Tesla) and offers a range of up to 400 miles, Rivian claims. The huge batteries are protected against off-roading damage with Kevlar and carbon fiber.

Despite their large size and chunky design, Rivian claims the R1T and R1S can both hit 60 mph in three seconds and pass 100 mph in a supercar-bothering seven seconds.

With mass production planned for late-2020, we expect to see production-ready versions later in 2019. Prices are to start from around $60,000 after incentives. Deposits can be placed now.

Ford recently invested $500 million in Rivina, and together the two companies will produce a Ford-branded electric pickup truck.

Hoping to success where Faraday Future has so far failed to do, Byton wants to produce a direct rival to Tesla, but by offering even more technology. Its first car, the M-byte, will have a hugely futuristic interior, featuring a massive 48-inch dashboard touch screen which stretches the entire width of the cabin.

The car will have a second touch screen between the front seats, and a third attached to the front of the steering wheel. It is important to note that these are not concept gimmicks; the car shown off at CES in January in 80-90 percent ready for mass production, Byton said.

The Aston Martin-owned Lagonda brand will once again be brought out of hibernation in 2021 with the launch of a new line of luxurious electric limousines. First will be a car based on the Vision Concept, which was first shown at the Geneva Motor Show in March 2018, with more models to come later.

The car is expected to feature some autonomous driving features, and the interior is one which Lagonda hopes will remind passengers of the elegance of Concorde instead of the vulgarity of some first class airline cabins.

Tesla says range will be up to 300 miles, while a Performance version will have a 0-60 mph time of 3.5 seconds. The company also says production of the Model Y is expected to begin in late-2020, but the company has often struggled to stick to its own schedule, so we suspect the Model Y is more likely to appear in mid- to late-2021.

Another Tesla due at the start of the next decade, the Roadster was described at launch in 2017 by Tesla boss Elon Musk as a "hardcore smackdown' to the gasoline-powered supercar establishment.

Musk promises a 0-60mph time of under two seconds, a top speed of 250 mph, and a range of over 400 miles - figures which sounded impossible in 2017, but which are quickly becoming attainable by other EV startups. What's most remarkable is Tesla charging just $200,000 for the Roadster, when other electric supercars have prices five or ten times higher.

Again, however, we have to mention Tesla's habit of missing its own production goals. Will the Roadster still arrive in 2020? We have seen very few spy shots of test vehicles, so it's hard to say how far advanced development of the Roadster is.

The electric Battista has a claimed 1,900 horsepower and will cost $2m Automobili Pininfarina

Our belief in Tesla to match its own performance claims with the Roadster was bolstered in early 2019 by the unveiling of the Battista, by Automobili Pininfarina. This car has 1,900 horsepower, a sub-two-second 0-60 mph time, and a claimed range of 280 miles.

Just 150 examples will be built, split evenly across the U.S., Europe and the rest of the world, and they are priced from $2 million. Buyers are expected to spend significantly more tailoring the car to exactly how they want it.

Another all-electric hypercar is due to land in the next couple of years is the Type 130 by Lotus, the English sports car company. To be revealed on July 16, the Type 130 is expected to have 1,000 horsepower (just like every other super EV, it seems), a four-motor all-wheel-drive system, and a range of 250 miles.

The price will be high, of course, and just 130 examples will be built. What we're most interested in is how Lotus, a company famed for making its cars as light as possible, can stick to this DNA when the huge batteries demanded by such a high-performance car are inherently very heavy.

The Polestar 2 is the first car to feature an infotainment system and dashboard display which runs natively on Android, Google's mobile operating system.

Shown off at the Geneva International Motor Show in January, the car is the second to come from Polestar, a division of Volvo. While the original Polestar was a hybrid, the Polestar 2 is an all-electric family sedan with a claimed range of 275 miles.

The outgoing XJ, pictured, is expected to be replaced by an all-electric model in 2020Jaguar

Finally, Jaguar is expected to launch an all-new version of its XJ luxury sedan in 2020, and it will be powered by a drivetrain related to that of its first electric car, the I-Pace.

The car is expected to square up to the Tesla Model S, Porsche Taycan, and Audi e-tron GT. The new XJ will be the first car is used Jaguar Land Rover's new MLA platform, which will also be used to underpin the next generation of Range Rovers and Jaguar's upcoming (but yet to be formally announced) J-Pace SUV.