Ford this week revealed more about it upcoming electric SUV, which will draw design inspiration from its Mustang family of muscle cars.

Teased at the company's Go Electric event in Amsterdam, the car, which doesn't yet have an official name, will be revealed in full later in 2019, ahead of going on sale in 2020. It will be the first Ford designed to be electric from the start, as previously the company had electrified its gas-powered Focus hatchback.

Building on what the company had previous said about its new electric car, Ford now says the Mustang-inspired SUV will have a range of 370 miles (600 km), when measured using the new Worldwide Harmonized Light Vehicle Test Procedure (WLTP). This will translate into a slightly lower figure on the US EPA test cycle.

We reported about the difference between these two test cycles when the Jaguar I-Pace launched in 2018. That electric car is rated at 292 miles on the WLTP standard but 240 miles using the EPA test cycle. This suggests the Ford will get around 300 miles on the EPA test.

Whatever the exact figure is, Ford is certainly hoping the car will compete against the current leaders of the electric car market. Comparisons will of course be drawn with the Tesla Model X, which has a claimed range of 295 miles, and the Model Y, which clocks it at a claimed 300 miles using the tougher EPA test. 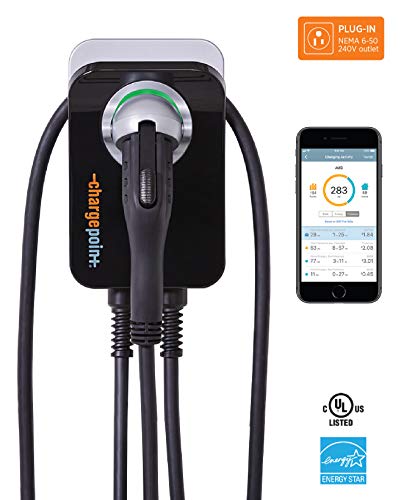 Electric SUVs are also available (or coming very soon) from Audi, Mercedes, BMW, Kia and Hyundai, but none of these reach the 300-mile target Ford has set itself. Given this, Ford's slightly late arrival on the electric car scene could soon be forgiven.

The car was first announced at the 2018 Detroit Auto Show and has used the code name Mach 1 - a reference to models of Mustang bearing the same moniker.

Ford seems to be stepping away from that name now, however, suggesting it wishes to play down the 'Mustang-inspired' theme. We suspect the car will only borrow a range of small design cues from the muscle car, rather than expand the Mustang name into an electric SUV lineup. That said, the teaser images Ford has issued show some clear Mustang influence, especially in the tail lights, roofline, rear haunches, and of course the galloping-horse nose badge.

Ford also said this week it plans to launch an electric Transit van in 2021, along with over a dozen new hybrid models over the coming couple of years.