Review: Eufy RoboVac 30C gets Wi-Fi, and some jazzy features

The latest $300 robot vacuum from Eufy now has an app, but do you need it?

Cleaning the house is rarely an exciting activity. Perhaps if you're Mary Poppins, you can find the fun, but most of us prefer these chores are done quickly, and maybe even not by us. It's not surprising that robot vacuums have caught on, picking up dirt, dog hair and any other rubble on floors by themselves. A new update to Eufy's robot vacuum line up is the Eufy RoboVac 30C, which brings an app to the equation, allowing users to schedule and even move the robot all through a smartphone screen. Eufy sent us one to try out for a few weeks, so we could see how it compared to its older models.

Like the Eufy RoboVac 11S, the RoboVac 30C has dual rotating brushesGearBrain

We'd previously reviewed the Eufy RoboVac 11S, and we saw very little physical difference between this one and the RoboVac 30C. Both have two brushes in the front, about the same size, which spin and rotate to sweep up debris on the floor. With the 11S, we need to often replace the brushes often because it gets caught in shoe laces or other items that tangle in its brushes. 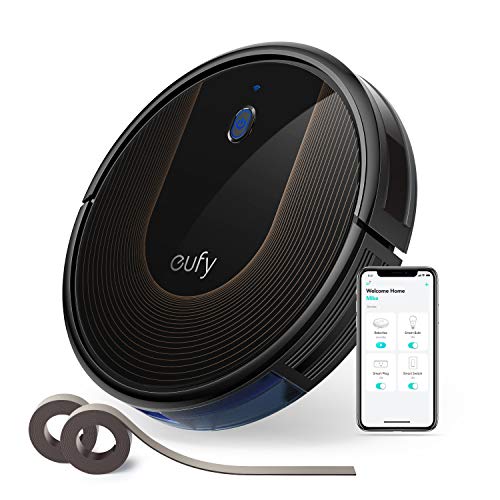 Over the few weeks that we used the RoboVac 30C, that never happened. But we did a better job of keeping track of where it went from room to room, and also preventing it from getting to specific areas using boundary strips that came with this particular model. (As we tested the RoboVac 30C over the holidays, this was crucial to make sure it didn't run into our tree.) But when you do need to change them, you get two replacement brushes with the 30C, plus a cleaning tool to get things out of the vacuum, and some extra filters.

Using the RoboVac 30C was as simple as the 11S. We charged it, and in this case needed to download its app, EufyHome, which is a key piece of how you'll run and use the 30C from changing speeds, to controlling where it goes.

As for its vacuuming ability, you get a bit more suction with the 30C from the 11S. Living with a large shedding dog, I noticed the vacuum did pick up the daily accruement of dog hair around the house. The 11S would often leave piles of hair in corners. The 30C seemed to do this less, and was able to vacuum up more, and leave less follow-up for us.

The EufyHome app lets you schedule, set up different cleaning modes, locate the robot vacuum and even send it back to its charger.GearBrain

The big difference between the two Eufy vacuums, the selling point really, is the EufyHome app — which doesn't work with the RoboVac 11S. The app allows users to really run the vacuum. There are multiple modes from Quick Clean, a 30-minute quick sweep of a space, Auto, Edge which hits the walls and focuses very closely, and Spot, a favorite, which really tackles a specific area, say where you've dropped a box of confectioner's sugar. The vacuum can also sweep up at three different strengths: standard, Boost IQ and Max.

You can now schedule the vacuum, setting specific days of the week and times when you want the robot to start cleaning the floors. These can be modified too so if on a specific week you want to sleep in — you can push that time back.

There's actually a steering feature as well, much like the way you would control a robot toy. You can move the vacuum left, right, back and forward through arrows on the screen. And I turned to this option a few times when trying to get the RoboVac 30C back to its charger.

Like the 11S, the 30C is supposed to return to its charging base when its power runs low. You can also send it home through the app. RoboVac seems to head back on its ownFor me, this would happen after about 60-70 minutes of cleaning. In my place, however, the Eufy wouldn't be able to find its charging base unless it was within about 20 feet. Walls definitely caused problems for its to locate the station, and I needed to find the robot and direct it back home, using the steering function in the app.

To be honest, however, I could see how pushing the robot with my foot would end up being much easier — and something I would likely use — rather than opening the app and steering the vacuum. This is a problem with app adoption: sometimes it's more complicated to use than just a physical step.

It's one of the reasons smart lights, at the beginning, didn't appeal as well to users. Why open a phone app to turn on a light when you can just flip a switch? As smart light features have grown more robust, letting you schedule them, change colors and even time them to video games and movies, the app appeal has grown. 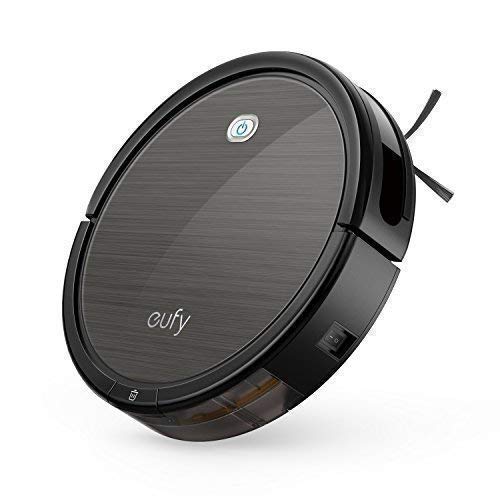 With the 30C, I rarely found myself using the app's features. The scheduling is helpful. But given how often the RoboVac finds itself in some tricky scenarios, I wouldn't want it running while I wan't home. I do live in a fairly small, fairly packed apartment, with three people and a dog, crammed inside. The RoboVac 30C, like the 11S, often chirped for help during its hour-long cleaning sessions. I wanted to be around.

The Eufy RoboVac 30C also works over Wi-Fi, so you can schedule the vacuum through the app, and have it start working if you're comfortable while you're not home. It also works with the voice assistants Amazon Alexa and Google Home, allowing to you to verbally start the robot without manually activating it or going into the app. For those who are looking for devices that link into digital assistants, it's a nice perk.

The vacuum itself, as we mentioned though, isn't much different from the original 11S. Even the bins, where dust and debris collect are exactly the same. We put switched them, and each vacuum ran fine. The 30C feels like maybe a bump up physically from the 11S. The EufyHome app, however, is the main addition. You don't honestly need it for the robot vacuum to work. But being able to select quickly different strengths, spot cleaning modes and scheduling are nice features.

The question is, should you spend another $80 for the app and what it offers? Or does the original vacuum work just as well. We think, however, that the original 11S is as fine an option as the 30C. If you don't need to run the vacuum remotely, and aren't concerned right now about integrating with Alexa and Google Assistant, you're probably going to find the original model works just as well for your vacuuming needs.

Check out The GearBrain, our smart home compatibility find engine to find other smart robot vacuums and compatible products that work with Google Assistant and Amazon Alexa enabled devices. You can also ask questions and troubleshoot any problems.