Honor wants to own the mid-tiered smartphone market

For those put off by the four-figure smartphone space — Honor has a solution: it's two newest smartphones, the Honor 7X and Honor V10.

The company revealed its latest gadgets this morning in London, starting first with the Honor 7X, a sleek and nearly bezel-less smartphone with almost edge-to-edge display and priced at just $199. For comparison, the least expensive Apple smartphone, the iPhone SE, starts at $349.

Longevity is highlighted in this update, the next iteration in the Honor 'X' line. (Honor released the 6X back in January.) Battery power gets a major boost, with a single charge meant to last more than a day, and able to stream at least 12 hours of video – and 91 hours of music.

The phone also features dual-cameras — one that's 16 MP and one that's 2 MP — plus a faster processor, an 8 MP front-facing camera, and blue, gold and black finishes. A fingerprint reader is positioned at the back of the phone for entry into the device.

Honor V10 is really aimed at gamers — with features designed to make gaming a more enjoyable experience on a small screen.The V10 has a supercharge feature which can quickly bring the battery to 50 percent in 30 minutes, and has a special Gaming Suite of content.

The phone is also stocked with A.I. goodies including the ability to recognize different scenes when taking a photo to adjust settings for a best shot, plus a real-time language translator — even when not connected to the internet. And the V10 will come in blue, black and a burnished gold like the Honor 7X.

Pre-orders on the Honor 7X start today through December 14, and will include free shipping and a free case while supplies last, says Honor. Playfully, Honor is also offering free phones to orders that include a '77' in it including 7, 77, 177, 277, and all other 77 purchases up until December 14 at 6 pm PST. But note: refunds will be issued after the initial charge goes through.

The company has not announced when the Honor V10 pre-orders will begin, but says the smartphone will be available throughout most of Western Europe, the United States, India, Russia and Malaysia starting January 8, 2018.

A review of the Honor 7X is coming, and we will update this story when it posts.

Additional specs for the Honor 7X include: 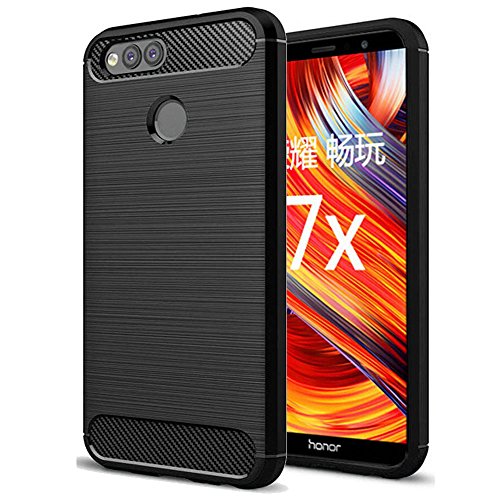