Honor 8X Review: An Android smartphone with a giant screen at a little price

The latest Honor line of smartphone has a front face scanner, three cameras and a 3750mAh battery

Holding the Honor 8X I'm struck first by the size and the thinness of the phone, something that stood out on the Honor 7X as well. Next to the iPhone X, the Honor 8X feels elegant. That could be because the front and back of the device is encased in glass. The device I'm testing, which Honor sent us to try, is blue, but the smartphone also comes in a red color that wraps the body, save for its 6.5-inch screen. (That's a bump from the 5.9-inch screen on the Honor 7X). It's a solid smartphone if you're an Android user and at a price shy of $300 it's certainly — in today's age at least — well-priced. 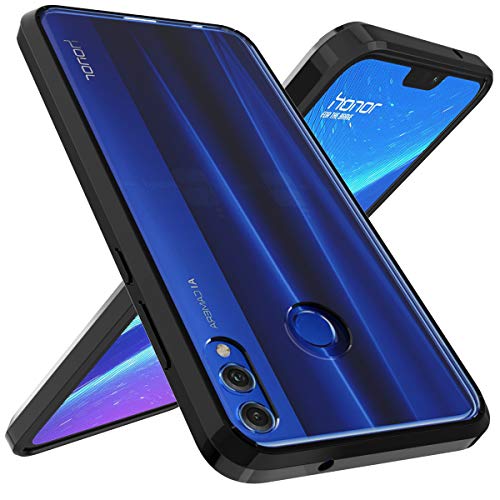 Unpacking the box, there's not much inside save the smartphone and a charging cord. Honor has yet to announce its launch in the U.S. — although the company told GearBrain that the 8X will be sold here. The reason we note this is we tested the phone using a U.S. adapter over a UK plug.

Inside the phone itself you'll find, 4 GB of RAM, a micro SD card, a 3.5 mm headphone jack, a 3750mAh battery and a micro USB port. You get three cameras: two in the back, one in the front. There's a 20 MP and a 2 MP camera, plus a 16 MP selfie camera in the front. (The Honor 7X, its predecessor, had a 16 MP and 2 MP cameras on the back, and an 8 MP front-facing camera.) And you can unlock the phone through a back fingerprint scanner, as before, or the front face scanner, which is a new addition from the Honor 7X.

Let's talk about the cameras — because these are one of the most heavily used features on any smartphone.

The camera has 22 AI-assisted modes, including Night, Panorama and Light Painting, which is fun effect where you essentially record a still image, moving the camera around, and create light trails across the screen. 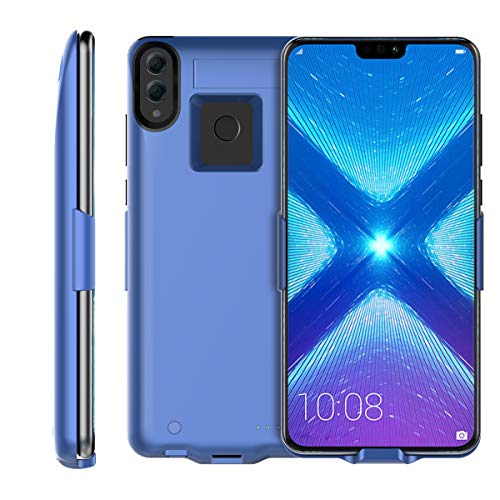 There's a portrait and bokeh mode — that background blurred look that has become the trend of the summer and still looks great. You also get slo-mode video, all which is shot and then viewed across a screen with a 2,340 x 1,080 resolution.

As for colors, compared to an iPhone X, colors are a bit oversaturated, blues and greens for example, but fairly everything we shot had an intense pop. That makes for great sharing and social media posting, but it's definitely amped. You can tone everything down in editing. Just something to note. For an under $300 smartphone, though, the camera is good. It's not going to be a Hasselblad experience — but we know you're not buying the Honor 8X to shoot professional fashion layouts. It's not going to bother you.

When running, the Honor 8X feels very much like an Android device. Ours came preloaded with EMUI 8.2, which is over Android 8.1 Oreo. And yes, of course, there's Google Assistant. There's a notch at the top on the screen too — though for some of us that feels fairly normal at this point.

The glass on the smartphone is lovely — but you're going to want to get a case. That's also going to help you feel less of a need to wipe off the back and front of the smartphone for fingerprints.

Netflix just announced a partnership with Honor 8X as well, with the mobile app preinstalled on the smartphone (which will appear with the update coming this month in November), streaming of its media content up to 1080p resolution, and a free month of a Netflix subscription. We've asked Honor if this partnership will extend to the U.S. phone as well, and will update this review when they respond.

As for buying the Honor 8X, it's certainly a decent Android smartphone, at a very solid price, although not that exciting of an update. We're seeing the phone, unlocked, on eBay and other third-party sites for between $250 and $290. But an official launch for the U.S. has yet to be announced with dates and pricing.