The new OnePlus 7 Pro smartphone was announced at launch events in New York and London this week (May 14).

OnePlus has given the new 7 Pro smartphone a large 6.67-inch display with almost zero bezel around its edges. The phone has three cameras on its rear and a pop-up selfie camera with rises from the top of the handset when you want to use it.

The company will sell the new 7 Pro alongside the 6T, which launched in 2018, and as ever the price has crept upwards, with the 7 Pro starting at $669. 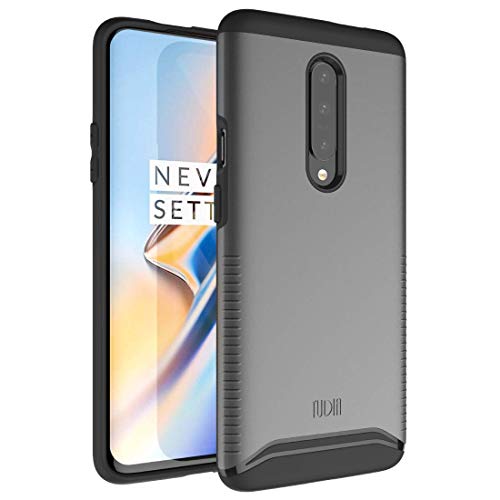 Here is how the new handset compares to its predecessor:

Continuing a theme shared across the smartphone market, the OnePlus 7 Pro has a near-bezel-free design, where the screen stretches right to the edges of the handset in every direction. The new 7 Pro is available in three colors, called almond (which has a pale gold look to it), nebula blue and mirror gray.

The 7 Pro has a new display technology which OnePlus calls Fluid AMOLED. The 'fluid' part of that name refers to the display's 90Hz refresh rate, which is around 50 percent quicker than most other smartphones, and means the 7 Pro can refresh its screen up to 90 times per second. This will makes for a smoother experience and less latency when tapping at the screen.

The screen measures 6.67 inches, has a 93 percent screen-to-body ratio, and a resolution of 3120 x 1440. This means a large pixel density of 516 per inch. HDR 10+ is also onboard, but the screen misses out on the Dolby Vision video standard.

These headlines stats make the 7 Pro's display better (or at least bigger) in every way than that of the OnePlus 6T, which has a 6.20-inch screen with a resolution of 2340 x 1080 and a pixel density of 402 per inch.

Both the OnePlus 6T and 7 Pro have in-display fingerprint readers, but the company says the new model's is twice as large, faster and more accurate, making it more convenient to unlock the phone by touching your finger against the lower-third of the screen.

OnePlus says the unlock time is 0.21 seconds, which is 38 percent faster than the OnePlus 6T, and quicker than any other smartphone unlock system, like that if the Samsung Galaxy S10.

By comparison, the new 7 Pro has a 48-megapixel main sensor, along with a new 8-megapixel telephoto lens with 3X optical zoom, and a 16-megapixel wide angle lens.

A second-generation Nightscape 2.0 mode is designed to improve nighttime photography without using the flash. We'll be interested to see how this compares with the Night Sight function Google's Pixel smartphones.

Popping up in style. Discover our best selfie camera ever live in the #OnePlus7Series Launch Event. pic.twitter.com/fIQA4Uy3dB
— OnePlus UK (@OnePlus_UK) May 14, 2019

OnePlus says the 16-megapixel front camera take 0.53 seconds to raise into position, and can be done so at least 300,000 times without mechanical failure. This is the equivalent to using the front camera 150 times per day for over 5.5 years.

An automatic fall detection system retracts the camera if the phone senses it has been dropped.

The cameras feature in a new app called Zen Mode, which when enabled restricts all phone functions for 20 minutes - apart from making emergency calls, receiving all calls, and using the camera. Google Lens integration is included out of the box. 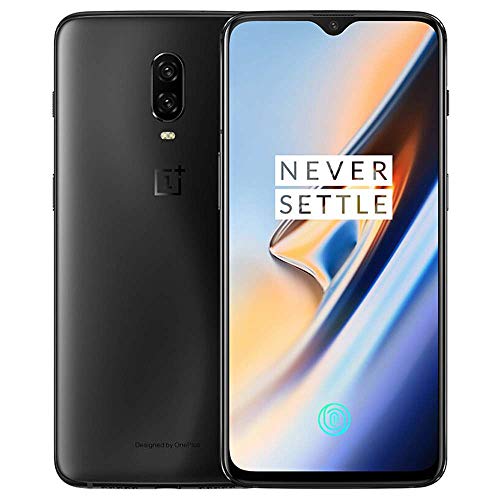 The OnePlus 7 Pro is powered by a Qualcomm Snapdragon 855 processor with up to 256GB of storage and 12GB of RAM. The phone's large 4,000mAh battery uses the company's Warp Charge 30 technology which we first saw in the 6T McLaren Edition in 2018, and can charge by 50 percent in 20 minutes using the included wall plug, OnePlus claims.

The 6T uses an older Snapdragon 845 processor and come with up to 8GB of RAM (apart from the McLaren Edition, which offered 10GB). Storage also goes up to 256GB on the 6T, but the battery is smaller at 3,700 mAh.

The company says the new phone uses a faster type of RAM, and there's a huge 12GB of itOnePlus

Although these specs look similar on both phones, OnePlus says the new models benefits from more intelligent RAM - and it's so smart you can run 64 applications at once, the company claims. Faster storage means games and apps will install more quickly, with OnePlus saying hit game PUBG can install in just six seconds, compared to around 30 on the OnePlus 6T.

Dual speakers are another new feature of the 7 Pro, producing stereo sound when held in landscape orientation for gaming and watching video. The system can go louder than on the 6T, has real stereo separation, Dolby Atmos, and offers 90 percent less distortion than on the older model, the company says.

A new haptic vibration system has a larger motor to produce a stronger and more precise response, helping to make tapping the screen feel like pushing against a physical keyboard instead of a piece of glass.

The price of OnePlus' smartphones started remarkably low just a few years ago, but has gradually crept up ever since. The 7 Pro starts at $669, while the 6T remains on sale and costs $549.

Nearly $700 may seem a lot for a OnePlus handset, but when flagships from Apple and Samsung have crossed the $1,000 threshold (and almost $2,000 in the case of the Samsung Galaxy Fold), the 7 Pro still appears represent good value for money, given its power and the quality of that 90Hz display. T-Mobile will be the exclusive carrier for the 7 Pro in the US. 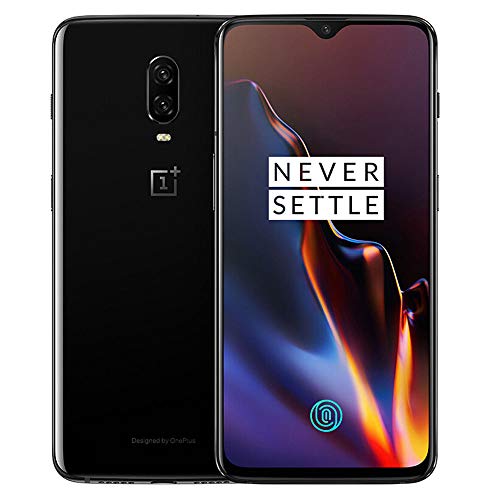