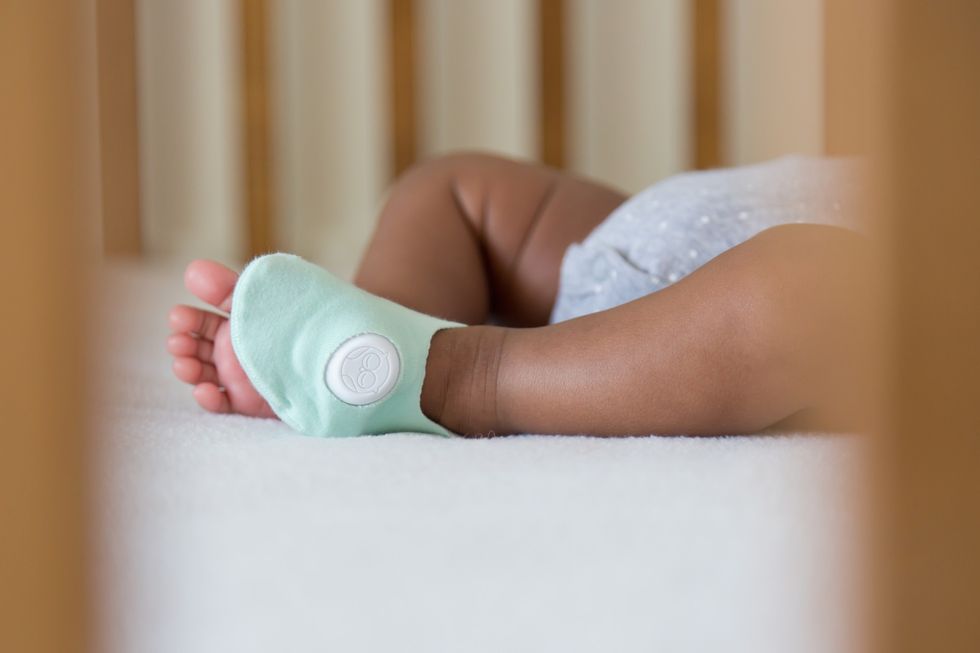 Owlet Alerts You To Your Baby's Vitals, Even When You Just Want To Sleep

My husband and I called them "signs of life checks." You know, those moments after you put your newborn to bed and a few minutes have elapsed and you don't hear any noise. You'd think that would mean "success!" But in this new world, as new parents, that moment is total stress. Is he ok? Has he stopped breathing? Is he the first three-day-old to teach himself to rollover, and thereby suffocate himself?

These thoughts so enveloped me, I'd tiptoe into my son's room, hovering until he'd make some noise or wiggle before I could be convinced he was fine: at least before the whole routine would have to start again. 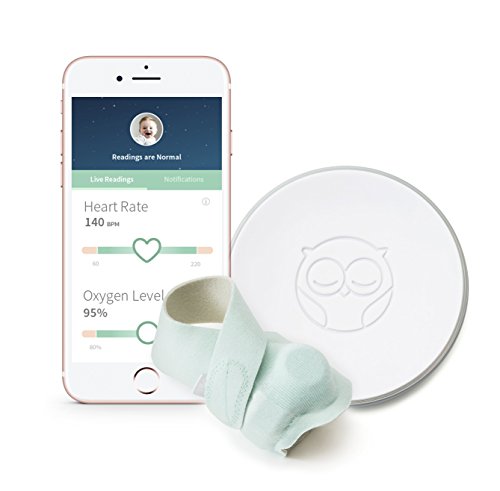 The unintended consequence of these "signs of life checks?" My son would wake up and we'd have to settle him back down to sleep —something that could take an hour or more. My husband started to get very frustrated with me, and even I believed there had to be a better, non-intrusive, way.

Friends mentioned the Owlet. So when presented with a sample device to try, we decided to test the baby monitor ourselves. Although the Owlet looks like a cute, little fabric sock, the device is actually a piece of wearable technology that fits snugly over your child's foot to track heart rate and oxygen levels. The information is wirelessly relayed from the sock to a base station and then to an app that you install on your iOS smartphone and iPad. (Android support is coming June 6.)

Owlet pairs with your app so you can monitor your baby's vitals.

Working in the background, the app will alert through a push notification and a colorful alarm based on what's happened: a blue alert If the sock loses its Bluetooth connection to the base station, a yellow alert if Owlet becomes improperly positioned or slips off of your child, and most importantly, a red"alert if your babies oxygen levels become too high or too low. The base station also has an audible and color coded visual alarm.

Our experience with the Owlet? Mixed. Its instructions were user-friendly and showed us exactly how to set up the base station and sock. However, I got so frustrated by trying to connect the sock to the base station that I let the pieces sit on my night stand for the better part of a week. But those draining "signs of life checks" finally motivated me to try again and I figured out our initial installation problem.

The base station has to remain within 10 feet of the sock even though they connect through Bluetooth. This wouldn't matter if my son's room was that close to our room: But it isn't. So we plugged the base station into an outlet directly outside of his room and the sock finally worked. That first night, everything seemed great. I was able to check his heart rate and oxygen levels on the app, and for the first time in weeks we didn't have to do a "signs of life check." Perfection—or so we thought.

Owlet comes packaged ready to use. But set aside some time to think where you want to place the base station.

Almost immediately, the yellow alarm went off indicating that the sock had either fallen off or was incorrectly placed. I had to run to turn off the base station's alarm off from the base station so that the noise wouldn't wake my son. (Remember the base station has to be within 10 feet of the sock.) I could have done this from the app, but that would have taken longer. Luckily the noise didn't wake him. But these alerts happened to us several times a week. If you have a child that is a light sleeper—or have to put the base station in your baby's room—this could cause huge problems.

Our son would move in his sleep, inadvertently moving the sock, preventing the device from getting an accurate reading, triggering the yellow alarm. The Owlet does have an option that lets you to turn off the yellow or blue alerts. We chose not to do that. If the sock wasn't functioning properly we did not want to rely on it. That, however, meant my husband or I had to spring to the base station each time the alarm went off in the middle of the night.

Over time we got better at securing the sock, getting just a few yellow alerts. But we couldn't eliminate them altogether. The other significant problem concerned Owlet's battery life. The instructions say that the sock will work for 18 hours. That was not our experience. If we forgot to plug in the sock each morning and after each nap, the device would not last.

Still, Owlet's app, while a bit sluggish, works great and is really user friendly. The sock technology seems to be reliable and I never once doubted Owlet monitored my son while the sock was on his foot. People who have used Owlet told me they had false "red alerts." But that never happened to us. Other than the initial hiccups in setting up the Owlet and the random yellow and blue alerts we felt grateful to put a, well, sock in the "signs of life" checks which, still, haven't been a part of our routine for weeks. 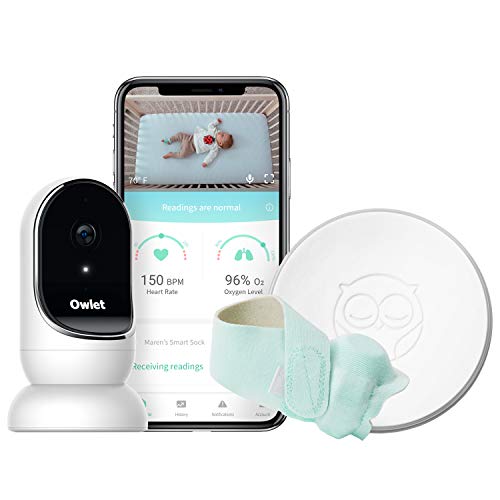