Google Pixel 3a vs Pixel 3: What’s the difference?

Google's new Pixel 3a and 3a XL smartphones caused a stir when they were revealed at the company's I/O event in California this week.

They might look very similar to the Pixel 3 (and older members of the Pixel phone family) but the new model costs from just $399. This is far cheaper than the Pixel 3, which starts at $799, and yet Google claims the 3a offers the same market-leading camera performance, and much more besides.

Here is how the new Pixel 3a stands up against the Pixel 3.

Google Pixel 3a vs Pixel 3: Design and color options

The Pixel 3a is offered in black, white and purpleGoogle

At a glance, the new Pixel 3a looks almost identical to the regular Pixel 3. Both have a two-tone rear with a single camera and central fingerprint reader. Both have larger screen bezels than most other smartphones, with no notch or hole-punch camera cutout.

However, when you pick up the new model you will feel a major difference (and cost-saving measure) right away, because it is made from plastic instead of glass and metal, as with the Pixel 3.

The Pixel 3a still gets glass protection over its screen, but this is called Dragontrail glass instead of the more common Gorilla Glass, as used by the Pixel 3.

Color options for the new 3a and larger 3a XL include Just Black and Clearly White (the same as the Pixel 3 and 3 XL), plus a new color called Purple-ish. The Pixel 3's Not Pink is unavailable on the new phone.

Google Pixel 3a vs Pixel 3: Display

The Pixel 3a in 'Just Black'Google

The new phone has an OLED panel, which was something of a surprise given earlier rumors claimed it would have a cheaper LCD display. Strangely, the new 3a is slightly larger at 5.6 inches while the Pixel 3 is 5.5 inches, and both offer a resolution of 2220 x 1080

We'll have to wait until we have the new phone in our hands to say much more on the screen. But our initial thoughts are that the inclusion of an OLED panel is a great move by Google, although we suspect the quality won't quite be on par with the Pixel 3. No doubt the Pixel 4, due in the fall, will push the bar further, too.

Google Pixel 3a vs Pixel 3: Cameras

This is where Google has excelled in recent years, employing artificial intelligence to make its single-lens rear camera better than anything Apple, Samsung and Huawei can throw at it. While Huawei has arguably caught up the most, especially with the low-light performance of its newest handsets like the Mate 20 Pro, Google remains one of the very best.

Thankfully, the cut-price Pixel 3a gets the same photographic intelligence as the Pixel 3 - albeit without that phone's dedicated imaging chip, so photo processing will be a little slower, but result in the same high-quality images.

As for the camera hardware, all current Pixel phones have a 12-megapixel rear sensor and an 8-megapixel camera on the front. However, the Pixel 3a misses out on the second wide-angle front camera of the Pixel 3, meaning group selfies aren't a thing on the cheaper handset.

Google Pixel 3a vs Pixel 3: Performance, storage and specs

This is where some major difference begin to emerge. For a start, the Pixel 3a is powered by a Snapdragon 670 processor, which is less powerful than the Pixel 3's Snapdragon 845. High-end gaming and augmented reality apps are still possible on the Pixel 3a, but we suspect it may generally be slightly slower to use than the Pixel 3.

Google Pixel 3a vs Pixel 3: Software

All models of Pixel comes with Android 9.0 Pie, which includes the Google Assistant - accessible with a squeeze thanks to the phones' Active Edge feature - and the Google Duplex spam call answering and transcription service.

Speaking of Assistant, later this year all Pixel 3 phones will be treated to be faster version of Google's voice-activated butler. This upgrade will see the Assistant work up to 10 times faster, thanks to on-device processing instead of sending everything to the cloud, and the ability to understand you without you having to say 'Hey Google' before every utterance.

Google Pixel 3a vs Pixel 3: Price

This is of course where the Pixel 3a shines most brightly, as it is priced at just $399, and the larger Pixel 3a XL costs $479.

For comparison, the Pixel 3 (which launched last fall, remember, and will be replaced this fall by the Pixel 4) costs from $799, and the Pixel 3 XL starts at $899.

In a world where more affordable options of flagships from Apple and Samsung (the iPhone XR and Galaxy S10e) cost from $749, Google really has thrown a cat amongst the pigeons with the 3a. It is a handset that reminds us fondly of the Google Nexus 5, which saw the company upset the establishment by offering a low-price phone with near-flagship performance and a clean, stock Android operating system.

That isn't to say the Pixel 3a has no rivals, as companies like Huawei, Honor, Motorola and Oppo all offer strong options in the sub-$400 sector, but none offer the complete ecosystem of hardware and software services (and free unlimited online photo storage) in the way Google does. 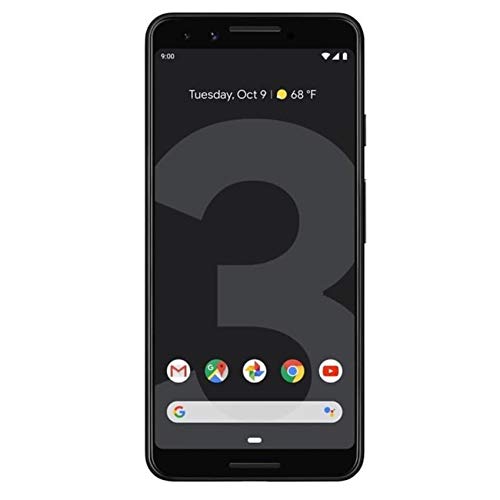