Samsung Galaxy S20 and S20 Ultra: Everything we know so far

Samsung is preparing to reveal its latest family of flagship Galaxy S smartphones, expected to be called the Galaxy S20.

The phones are tipped to be revealed at a San Francisco launch event scheduled by Samsung for 11am PST on February 11, a year on from the unveiling of the Galaxy S10 family.

As has become the norm in the smartphone industry, many details about the new handsets have already leaked out online. This article walks through everything we have seen so far, and will be updated as more information comes to light between now and the big reveal on February 11.

For now here is everything we know about Samsung's next flagship smartphone:

The naming convention will change

As you may have noticed, Samsung is jumping from Galaxy S10 straight to Galaxy S20 with its next handset. We don't know why the company has chosen to do this, apart from the handsets names now matching the year in which they launch — and it creates a convenient gap between Samsung and Apple, which currently offers the iPhone 11.

We also expect to see changes to names within the range, too. So far the rumor mill believes the S20 range will include the regular model, potentially called the S20 5G, along with a larger version called the S20 Plus 5G, and a new model called the S20 Ultra 5G.

This 'Ultra' handset will be the flagship of the S20 range, with a larger display, more RAM, and a camera with a claimed 108-megapixel sensor for 100x digital zoom capabilities. The Ultra will also have a better front camera, a larger battery, and no doubt a price tag comfortably above $1,000.

We're not quite sure yet if every model of Galaxy S20 will come with 5G. Countries with more advanced 5G networks may well only get 5G versions of the S20, while countries yet to build such networks might end up with a 4G version of the S20. For now, it looks like Samsung is dropping the lower-priced 'e' version, and may instead announce a Galaxy S20 Lite later in the year.

It will be a case of evolution not revolution for the design of the Galaxy S20. Leaked photos claiming to be of the handset suggest a look that is very similar to the S10, but with the front camera cut-out moved from the top-right corner to the middle, as it is on the Samsung Galaxy Note 10.

The display is expected to curve more at its corners than on the boxy S10, while the rear camera lens (all four of them) will sit in a rectangular housing along with a flash and a time-of-flight sensor for improved depth sensing.

Color options haven't yet been confirmed, but for now it would be safe to assume Samsung will sell the Galaxy S20 is black and white at the very least. 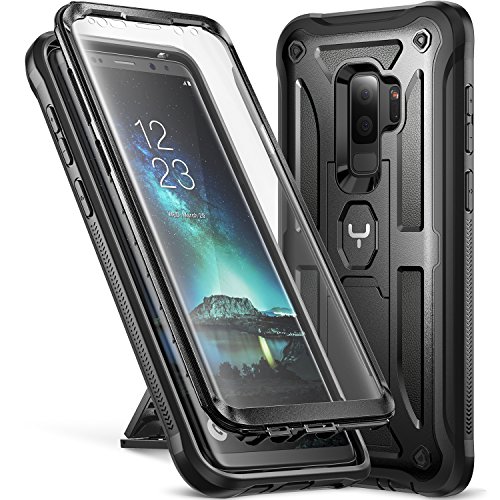 All versions are also expected to have a refresh rate of up to 120hz. This means the display refreshes 120 times per second, which is double that of most other smartphones; this produces a much smoother experience, when scrolling for example, and is a bonus for gamers too.

The screens of each phone are expected to be framed by a pair of speakers produced by Samsung-owned AKG, and support Dolby Atmos sound. Beneath the display will sit an ultrasonic fingerprint reader for unlocking the handset.

If the leaks and rumors so far are accurate, then we have great expectations for the cameras of the Galaxy S20. So far, it is understood that the entry-level S20 and mid-tier S20 Plus will both have a 12-megapixel main camera with a wide angle lens. This will be joined by a 64-megapixel telephoto lens, and a 12-megapixel ultra-wide lens.

The system will offer 3x optical zoom and up to 30x digital zoom, plus the ability to record video at up to 8K at 30 frames per second. This would be a first for any smartphone.

The S20 and S20 Plus are said to have front cameras with a 10-megapixel sensor and the ability to shoot video at up to 4K at 60 frames per second.

Meanwhile, Samsung's new flagship S20 Ultra will take the photography game forward even further. A spec sheet published by MySmartPrice, which has a good track record for smartphone rumors, claims a huge 108-megapixel main rear camera for the S20 Ultra.

The smartphone is also expected to have a 48-megapixel telephoto lens, a 12-megapixel ultra-wide lens, and a time-of-flight sensor for accurately measuring distance to the subject you are photographing. All of this will also include a 10x optical zoom function, plus an unprecedented 100x digital zoom, and 8K video recording at 30 frames per second.

The S20 Ultra's front camera will also be a step above the rest, with what's said to be 40-megapixel sensor.

All models are expected to use the Qualcomm Snapdragon 865 processor in North America, and the Exynos 990 in other regions. As for RAM, SamMobile believes a huge 12GB will be standard across the range, although 4G LTE versions of the S20 could get 8GB instead.

Storage, according to the MySmartPrice leak mentioned earlier, will be 128GB for the S20 and S20 Plus, along with a 512GB option for the S20 Ultra. All models will accept microSD cards of up to 1TB to easily increase this.

All versions of S20 will have an IP68 water resistance rating, and ship with Android 10.

Samsung's Unpacked 2020 event is scheduled for February 11 in San Francisco, and this is where we expect to see the S20 family and new folding Galaxy Z Flip be unveiled. The S20 will likely go on sale later in February.